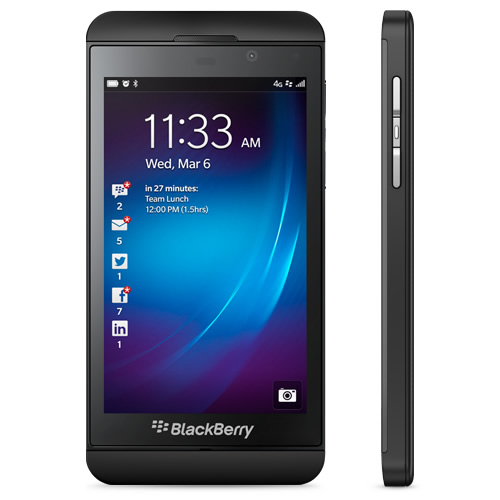 The launch of BlackBerry’s latest Operating System, the BB10, was essential for RIM as the former OS, the BB7, was so outdated compared to Android, iOS and somewhat Windows 8. BB10 is built from ground up and is expected to be responsible for BlackBerry’s survival or its ultimate demise. The BB10 is a really good OS with smooth User-Interface. Its browsing experience is much better than any of the Android or Apple device. In spite of all these accolades, the latest flagship from BlackBerry Z10 won’t be able to save BlackBerry and here is why:

1. It’s too late – Android and Apple are the two dominant players in the smartphone market. Indeed, Apple and Android cover 85% market share in the smartphone industry. Moreover, for the American market, the Z10 is scheduled to launch on 27th March whilst it has already been launched in Canada and the UK. This coupled with the expected launch of Samsung’s Galaxy S4 in the first week of April suggests that American smart-phone buyers are likely to wait for 15-20 days for the Galaxy S4 which is expected to be a much better device.

2. No Innovation – Although BB10 is designed from the ground up, there is nothing new in it that will make people say “I want a BlackBerry Z10”. Apple’s upcoming iPhone 5S might come up with fingerprint technology. Samsung’s upcoming Galaxy S4 might use  flexible display. But I can’t necessarily see anything particularly tempting about BlackBerry’s Z10.

3. Apps – Apps are the main reason for success of any OS. BlackBerry fails badly in this area. No doubt, BlackBerry is working really hard to encourage developers to develop apps for their latest BB10 OS. But still the truth is  that BlackBerry10 is short in this area and it will be hard for users to find good apps for their daily  use. Even the world famous Google Maps app is not available in BB10. There are also lots of other popular apps that can’t be found in BlackBerry Z10.

4.Device Choice – When you want to buy an Android phone, you  have tons of choices. You can  choose from varying screen sizes and you will most likely find a phone for  your budget. You also have some choices when buying Windows phones but that is not the case with BlackBerry; you have to choose either the Z10 or Q10.

5. Accessories – The smart-phone market  is  flooded with hundreds of useful accessories for iPhone or Android phones. Since BB10 is designed from the ground up and BlackBerry phones are not so popular among people, it may be more difficult to find accessories for the  BlackBerry Z10.

6.Poor Build – BlackBerry Z10 feels more plastic. More metal would have added value to this phone. Although it slightly resembles the iPhone 5, it doesn’t give the same feeling when holding it. Indeed, some metallic finish would have enhanced the BlackBerry Z10’s looks and feel.

In conclusion, although the BlackBerry Z10 is not a bad phone and it will attract users who are bored of their Android or iPhones, it also does not appear good enough to steal the market shares of Android or Apple. There is no doubt to me that Android and iOS will remain the dominant player in the market. However, there is a possibility that BB will occupy third place thereby displacing Nokia in the process. On a positive note, since its launch the initial response in markets like the UK and Canada are quite good. But if t is a direct competition between BlackBerry Z10, Samsung Galaxy S3 and Apple’s iPhone 5, users are more likely to go for the iPhone 5 or Galaxy S3 as supported by the following article. 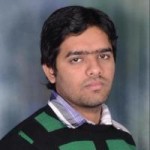 An Engineer by Profession and Blogger by Passion. I like to blog about tech news, gadgets, android apps, and blogging tips on Gadget Maniac