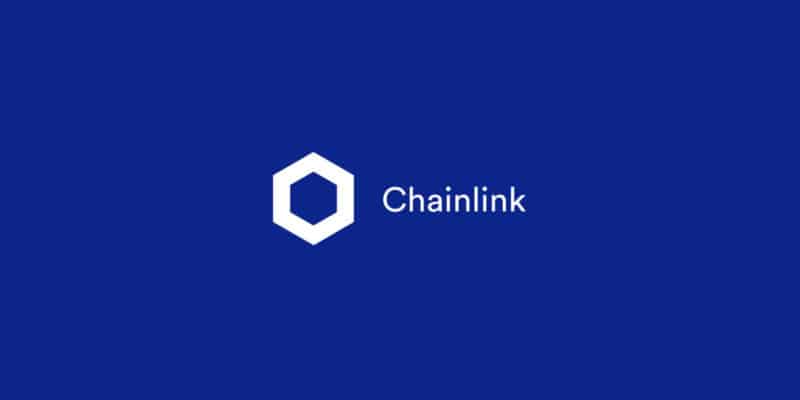 ChainLink was launched in 2017 by SmartContract, a San Francisco-based fintech company. Its developers describe it as a more secure blockchain middleware aimed to connect smart contracts across various blockchains by letting smart contracts access crucial off-chain resources like web APIs, data feeds, and traditional bank account transactions such as payments.

Generally, the ChainLink ecosystem is created around the Link token and Link network. Initially, ChainLink tech was built on the Ethereum blockchain. However, the company plans to support all top smart contract chains. Now that you know what is ChainLink, let’s analyze the specific issues that this cryptocurrency tech is meant to solve and how it works.

One of the top issues plaguing smart contract tech is the inability to connect or interact with the resources operating outside the node network, specifically where smart contracts are executed. Limited or lack of connectivity limits what smart contract developers can do.

For instance, Uber and other similar apps use multiple data fields such as GPS data and critical outputs such as payment gateways to offer convenient services. Unless there is a proper link between such off-chain resources, smart contracts are simply bound to the on-chain information only. Ensuring access to the exterior data will allow for a wave of advanced smart contracts and seemingly decentralized applications.

It is essential to mention that external inputs and outputs already exist as data feeds and APIs. Indeed, many mobile apps and web applications use them. ChainLink seeks to integrate them into a smart contract in a manner that retains more value to the end-users. That means there could be a way to create a smart contract that encompasses reliable external data.

Generally, the connectivity challenge also goes the other way around. This is because a smart contract cannot output data into an off-chain system. Providing the ability to push data to different APIs and legacy systems can facilitate the successful development of externally aware temple proof smart contracts, which can also trigger off-chain actions.

An oracle is simply an agent that offers inaccessible but valuable information on real-world events. Before smart contracts were invented, digital agreements were just embedded in code that could have been terminated, altered, or deleted by a specific party that controls it. However, smart contracts are altering the game, knocking off a seemingly new era of tamper-proof, decentralized, self-executing, and self-verifying agreements that successfully bind all parties to deliver value as promised.

Indeed, this new technology redefined the traditional paradigm of the importance of trust in relationships because it does not require trust in any party. But if smart contracts were to be executed in reliance on only a single centralized source of data, the essence of general decentralization is likely to lose the edge. Nearly all existing oracles are available as centralized services. Using them could introduce a point of failure, an issue that is likely to make smart contracts no more secure compared to traditional centralized agreements (digital).

Therefore, as smart contracts continue to replace old digital agreements, there is a high need for a high-assurance version of important data inputs and outputs. And this is where ChainLink comes in. It proposes a secure oracle network that’s entirely decentralized by being built on blockchain tech. This allows effective connectivity between smart contracts and irrelevant off-chain or external resources.

In this case, oracles are necessary because blockchain technology can’t access data outside its network directly. As mentioned earlier, oracles are simply an agent tasked with finding and verifying real-world events and submitting that data to a blockchain which will later be used in smart contracts.

Indeed, it offers the external sets of data that are required to trigger effective smart contract execution whenever pre-defined conditions are reached. Some of these conditions include a price fluctuation, or I received the payment.

It is essential to mention that oracles are third-party services featuring a centralized point of control. Note that they are not part of any blockchain consensus mechanism, and the question that arises in relation to a smart contract is whether their data sets received from oracles are reliable.

As mentioned earlier, smart contracts are self-executing based on a specific condition. It is important that the oracles are offering trustworthy and accurate information. Suppose inaccurate stock price data is transmitted into a blockchain and then used by smart contracts. In that case, the smart contract will execute the wrong function just because it received the wrong data.

Some oracles depend on notarization to successfully verify their data sets. On the other hand, other oracles depend on human input of somewhat unstructured data. These types of oracles, according to ChainLink, are flawed. Its developers are solving this issue by creating a decentralized oracles network for a smart contract to securely interact with resources that are outside the blockchain, such as facilitating interoperability between blockchains and securing data feeds cryptographically.