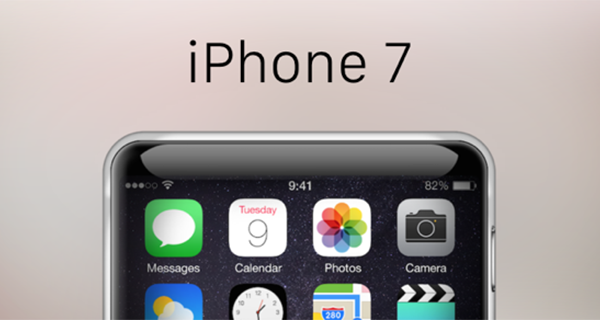 Ever since the iPhone 7 rumors started, people have become more curious about what’s actually happening. Will the next most anticipated iPhone 7 eliminate the headphone jack? Will it have wireless charging (something that the world is waiting for) or will it include a multidimensional 3D touch? As an Apple user myself, I cannot wait to buy the latest iPhone. If you are an Apple fan too, who proudly boasts their gadgets is eager to know what the next big thing is going to be, then read this article further.

Considering Apple’s traditional cadence so far, the next iPhone will be debuted in September 2016. Though there aren’t any official invitations yet, the company’s subsequent big announcement/event is rumored to be in March 2016 or earlier.

Top 8 Rumors About the Upcoming iPhone 7

We are completely aware that it has been only a few months since Apple released iPhone 6S and 6S+, but the rumors of next year’s most expected smart phone has already begun. According to the latest rumors and recent reports, Samsung is going to incorporate faster charging techniques and pressure sensitivity for the Galaxy S7. Hence, Apple is working even harder to bring new changes for iPhone 7 that can compete with Samsung Galaxy. So, what are these changes going to be? I have explained them in detail below:

According to the latest Bloomberg’s report, Apple has a private laboratory in Taiwan that is consistently being used to develop the next innovative screen technology for iphone 7. Since Apple uses sapphire in its Apple Watch, there are many speculations being made that the iPhone 7 will also have a sapphire screen. Now, if sapphire is being used, what kind of advantages will the screen have? Well, it will be able to resist scuffs and scratches of course. But there is also a downside too – if it breaks, it can easily shatter. Forbes claims that “increased resistance of sapphire will be a main pull for the handset makers”. However, production could prove challenging. So far, only luxury and high-end brand phones like Vertu have used Sapphire Screens.

Believe it or not, Apple is working very hand on this especially as Sony, LG and Samsung have already launched smart phones that can charge without being plugged. Wireless-charging devices from other brands are usually made of plastic. This is because power can easily reach their inbuilt batteries but in the case of aluminum, it is a bit complex. So, a difficulty Apple is facing right now with wireless charging is their aluminum case. And I am very sure that Apple will not replace its high-polished aluminum case with plastic. So, the question is – will iPhone 7 feature wireless charging or not?

Surprisingly, in July 2015, Qualcomm revealed information on a wireless charger that can also charge through metals. Guess Apple has heard about this and have already started working on the new technology. According to International Business Times, Apple’s copyrights for ‘Inductive Power Transfer (IPT) with the help of Haptic or Acoustic Devices’ seems able to employ a metal coil that has dual function – one mode will create sound for iPhone’s speakers while the second mode will charge it wirelessly.

With countless rivals are already selling smartphones that are proficient in wireless charging, Apple’s advance towards technology appears mistimed or perhaps a little slow. However, since wireless charging these days have turned out to be so inevitable, it has become mandatory for iPhones to have this feature and I hope it happens soon.

3. There Will Be No Home Button

Hasan Kaymak, a designer, has exhibited a creative concept video of iPhone 7 which clearly features a lot of tantalizing ideas, even including a notion that Apple may eliminate the classic home button from its upcoming model. Now, this would suggest that Apple is planning for an edge-to-edge display, which could mean that the next iPhone 7 will not waste space for home button.

4. Ditches Headphone Jacks For a Slimmer and Better Design

Apple’s inexhaustible chase of extra-thin devices is speculated to persist on the iPhone 7 as well. It is quietly rumored that the next big phone from Apple may ship without the standard headphone jack (3.5mm). Instead, it will use either the Type-C USB port or lightning port to dock headphones. This has been rumored for a long time now although we don’t know how true it is. Ditching the typical headphone jack might be a radical change for Apple but it isn’t beyond its capabilities. If this happens to be true, Apple could possibly introduce innovative ways of using headphones with an iPhone.

Chances are that Apple could offer something in the form of ‘smart headphones’, for better experience. Also, they may interact with notifications, apps or help you manage volume autonomously. We all know that Apple have signaled interest in launching brand new features for headphones. Hence, such a step tells us that they might be into developing an option of Bluetooth headphones in their quest for a slimmer, better design.

Latest rumors and some important sources have said that there will be a noteworthy step in iPhone 7’s camera quality. Apple might introduce a dual/double main camera, meaning that there will be huge improvement in the camera’s functionality. The main camera will replace the digital zoom and incorporate optical zoom instead. Moreover, it will be upgraded to include more megapixel resolution than what is currently available in the 6S right now.

Few commentators claim that there will be an innovative way of interacting with the next iPhone. You could see a 3D multi-touch feature which will allow users to use the display in a different way. The 3D multi-touch feature will sense the amount of pressure being applied on the screen in order to carry out various commands. Possibilities are that you will see unique ways for navigating around the phone. Inc suggests that the new multi-touch commands could introduce creative elements to games and apps. But, this could also complicate the way iPhone users use the handset. They might still have to completely discover how 3D touch is actually used.

A recent report from VentureBeat claims that the next generation iPhone may be built with a powerful Intel chip inside. According to them, Intel (chip manufacturer) holds a 1000-worker team just to make sure that they are able to get this deal. Yes, of course, nothing has been confirmed yet but there are possibilities that Apple could use 2 suppliers for the chip design rather than one. There was a time when mobile technology was getting so advanced and Intel failed to accustom with market changes. This was exactly the time when it missed out partnerships with few major manufacturers. This could be a reason why Intel wants to win this.

A tech website, ET News, revealed this news lately; that Apple might introduce an OLED display for the iPhone 7 to beat its rival, Samsung. The key difference between and OLED and LCD screens is that LCD (expanded: Liquid Crystal Display) make use of rear light to enlighten its pixels whereas OLED (expanded: Organic Light-Emitting Diode) generates light on its own. However, on the other hand, Ming-Chi Kuo, analyst at KGI Securities, says that Apple will stick to LCD for at least 3 years or likely beyond.

In this article:iPhone 7 Rumors, rumors about iphone7 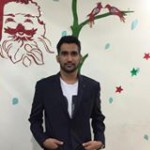 Written By Gowtham B. Vivek

As the CEO of 3Sins Technologies Pvt. Ltd, I (Gowtham B. Vivek) have set an excellent track record for the past half-a-decade in the businesses, which I and my team ventured into -- ranging from content writing to designing. Apart from being a CEO, I read and write a lot. One of my websites is mobda.com. Prior to starting my own business, I had worked in many capacities in many roles for gaining experience to become successful as an entrepreneur. My passion is to make my brand big and reach out to different people.