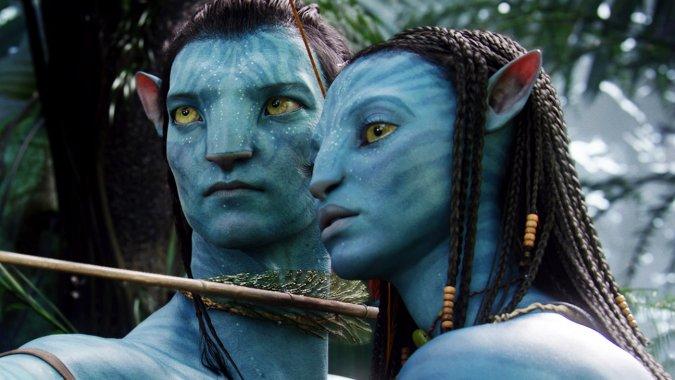 Movies are big business the world over. From rom-coms to thrillers, sci-fi to period dramas and summer blockbusters, we all love to sit back with a huge bag of popcorn and lose ourselves in a fantastic story. Over recent years there have been plenty of brilliant films to catch our attention, but which are the films that have commanded the highest box office takings? Here’s our top five breakdown of the titles that currently stand in the way of Star Wars in its hunt to become the highest grossing film ever.

Released in December 2009 by 20th Century Fox, Avatar was directed by James Cameron, the man behind another extraordinarily successful film – Titanic (see below). The iconic science fiction film, which is set in the middle of the 22nd century, tells the story of events on Pandora. This moon, part of the Alpha Centauri star system is being colonized by humans who want to mine it for unobtanium. However, their efforts threaten the existence of the native population, the Na’vi. A genetically engineered Na’vi (an avatar) with a human mind is sent to create links between the two species. As well as being the highest ever grossing movie, Avatar broke various other records and was nominated for a number of Oscars.

A Paramount film, Titanic is the tragic love story of Jack and Rose, two (fictional) star-crossed lovers who met and fell in love on the (real-life) doomed ship. Released at Christmas 1997, the film was an immediate but unexpected success, making instant stars of its two leads – Kate Winslet and Leonardo DiCaprio. Titanic has enjoyed the highest number of consecutive number 1 weekends of any film since 1982, at 15 weekends.

The most recent release on our top five list, Jurassic World came out in 2015, a year that market analysts have acknowledged to be a strong one for the film industry. The sci-fi film was the fourth in a franchise that began with Jurassic Park in 1993. It tells the compelling story of genetically engineered dinosaurs on the rampage at a luxury holiday resort.

The Avengers was released in early May 2012 with Robert Downey Jr. and Scarlett Johansson taking the leads as Iron Man and the Black Widow. The film follows the fortunes of Earth’s most powerful superheroes, who unite and work as one in order to defeat evil Lokiand save humanity from slavery. According to IG, in its opening weekend, the film made Studio Disney $207,438,708 in the USA, which represented 33.3% of its total gross.

A quick-paced action film, Furious 7 is the seventh installment of the very popular Fast & Furious franchise. Released by Universal, the film had a budget of $190 million and was released in April 2015. Of the five films in this breakdown, Furious 7 was the one that took the largest percentage of its all-time gross box office takings from overseas sales, at 76.7%.

For us, each of these top five has its own merits. From Titanic with its unforgettable drama, to The Avenger’s great comedy moments and Avatar’s amazing use of technology to portray a story with non-stop drama. But which film is your favourite and could it become the biggest of all time?