We are in the midst of a hard drive disk (HDD) revolution within the computer industry, as the old spinning model is in the process of being replaced by the solid-state disk (SSD). While the HDDs will be around a while longer, look for the SSD to make serious inroads in the next few years, thanks to advances by Toshiba and Intel. Here is a look at the engineering going into hard drives today and what we can expect from the future,

The hard drive, in one form or another, has been the staple of personal computers ever since the concept was birthed by Microsoft and Mac in the late 1980’s. The hard drive is the guts of your computer. Traditionally, it has been a flat, spinning disk with a magnetic coating. This is where all the data you don’t want to lose goes. Kind of like an old-style record player, a read/write head on an arm accesses data while the head spins. At this point in time, the primary remaining advantage to an HDD is higher capacity, as much as 10 terabytes (TB) on a 3.5-inch drive. Education in technology and computer science is also working to engineer new hardware and you can find out more by clicking here.

In recent years, computer companies have thrown time and resources at developing the SSD. As the name implies, an SSD doesn’t spin and has no moving parts. Like the flash memory chips that power thumb drives, solid state technology used to be expensive and limited to a modest memory. The current generation of SSDs appeared in the late 2000’s in smaller, more nimble devices like netbooks or the still-popular Chromebook. In recent years, SSDs have made significant strides in memory space. Their main disadvantage remains price. Where you can buy a 1 TB HDD for about $50, the same size SSD costs over $200. Where the latter shines, is that it can boot up a system in a matter of seconds rather than the long, drawn-out process we’re used to with desktops and laptops.

The clear majority of hard drive research is taking place on the SSD side. With no moving parts, data can be read at an astonishing speed when compared to the HDD. It doesn’t overheat so requires no cooling fan. The push to create ever-smaller capacitors (which hold data) is ongoing. Look for Intel to roll out what it is calling the Optane Drive any day. This is projected to be the first in a line of boundary-pushing SDDs that promise to recreate the computer experience.

In this article:engineering, hard drives, Technology 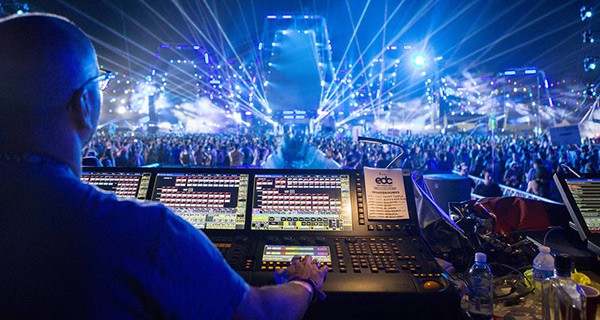 If you’re looking for lighting engineers to help set the right atmosphere and provide a stunning visual experience at your next event, concert, or...