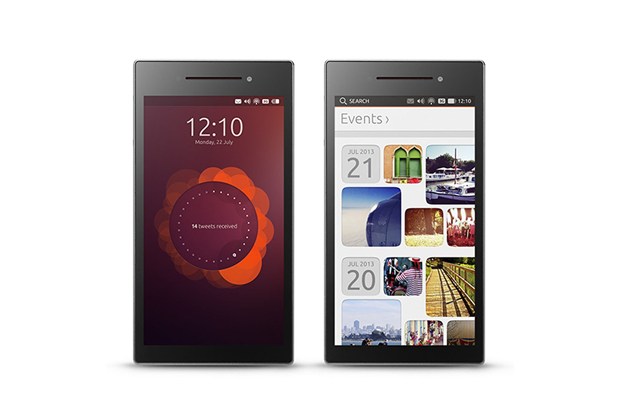 Ambition often clouds our vision of reality and when it comes to technology, this is certainly the case for most concept gadgets. With many developers and manufacturers continually pushing the boundaries of science and technology, weâre treated with the fruits of the labor of many designers and researchers who look to provide us with the fastest, most powerful and beautiful gadgets that they can come up with. One of the most ambitious ideas to come out of the internet is the idea of a smartphone so advanced that it can effectively replace a PC or any other home computer. It may seem like a farfetched idea but this hasn’t stopped people from trying to create one. This is where the Ubuntu Edge comes in. The brainchild of Canonical founder, Mark Shuttleworth, the Ubuntu Edge promises to be a leap in smartphone engineering by creating a phone so advanced, it makes current smartphones such as the iPhone and Samsung Galaxy S4 seem obsolete.

So what do we expect to see from this futuristic new concept? Below are some of the rumours that are circulating about the Ubuntu Edge.

In order to break boundaries and compete with home PCs, there are certain specifications that the Edge can’t do without. It needs storage space that’s comparable to most PCs on the market, a minimum of 128 GB, which still dwarfs the largest offering of 64GB by current smartphones. It would also need a beefy processor, and though we can’t expect an i7 core processor under the hood, at least a 4GB ram and quad-core processor would suffice.

One of the rumours circulating the internet right now would be the use of a sapphire crystal screen which is virtually scratch proof â unless you decide get a diamond coated knife and stab at it. Shuttleworth has also been reported to have said that a silicon anode battery would be used to cope with the heavy processor requirements of the smartphone.

Shuttleworth is reported to have poured in $32 Million into this project but this isn’t the extent of his funding. He has used to website Indiegogo as a source of crowdfunding where anyone can invest a minimum payment of $725 in return for a free Ubuntu Edge once it has gone into production.

Shuttleworth has pinned his hopes on the curiosity of the public in cutting-edge technology in order to keep the project from going under. However, it does seem that making a loss isn’t that much of a worry for him. With no plans to pour in any additional money in case the project doesn’t make the needed amount of sales, Shuttleworth seems to be playing purely on the intrigue of the public to keep the idea afloat.

The idea of a superphone that’s capable of replacing a laptop or desktop PC is certainly intriguing. There will be those of course who would be willing to risk the relative instability of the phone in exchange for owning the latest in cutting-edge technology, however, whether it will be a hit remains to be seen. One of its biggest drawback though is the fact that it runs on Ubuntu which many non-developers are intimidated by.

Canonical have certainly pulled down every barrier in order to get this project off the ground. A superphone such as the Ubuntu Edge certainly has its perks but it relies heavily on the curiosity of the people. There’s no doubt that it will rise above all the smartphones on the market today but whether the consumers are ready for a jacked-up superphone, only time will tell.