The cell phone company Samsung will soon be releasing its new GT-B9120 overseas in China.  The Android-based phone is an attempt to revamp the flip-phone fad, a design that has been hit hard by the introduction of the no-flip smart phone.

The GT-B9120 will feature two, three and a half inch screens with a 480 x 800 resolution each. The audacious flip-phone will be sporting Google’s Gingerbread (also known as Android 2.3) operating system, and an impressive lineup of internal technology.  It has 16 GB for storing pictures taken from the phone’s 5-megapixel rear-facing camera or its 1.3-megapixel front-facing camera. This puppy is equipped with all kinds of cool features, including Bluetooth, Wifi, HSPA, and GPS.  The GT-B9120 also features a 1.2 GHz dual-core Qualcomm Snapdragon MSM8260 processor.

Tired having to choose between that good old fashioned flip-phone and a touch-only smart phone?  Don’t worry about it!  Samsung’s clever new cellular device allows you to do both whenever you want!  The GT-B1920 has double the screens for double the fun (and by fun I mean constantly having to clean the face oil and grubby fingerprints off with one of those little micro-fiber cloths)!

The GT-B1920 seems to embody the cell phone journey by joining together the original innovation in cell phone design with the latest one.  Combining the flip-phone with the newest touch screen is both daring, and, frankly, slightly superfluous.  Open it up and the GT-B9120 functions in exactly the same way a flip-phone would: you will have a basic keypad to use for making calls and texts, and screen.  Close it, and the phone turns into a sleek, modern touch screen.  Sound great, right?  Well, if you want one, you will have to go to China to get it.

Since flip-phones have been on a bit of a decline here in America, Samsung has yet to announce whether or not its latest creation will be released here.  Judging by the reduced popularity of flip phones with the introduction of smartphones, it’s difficult to say just how well the GT-B9120 would do here.  This phone’s unusual make-up is very different than what most customers are familiar with.  It is possible that the novelty of its design, alone, might be enough to ensure a decent amount of sales to justify its release here in the United States.  Then again, Americans seem to be pretty happy only having one screen to clean every five minutes.  Plus, GT-B1920 does not exactly roll off of the tongue.  It is possible that a shorter, simpler name would make it a more desirable product, but who knows.  The possible success of the GT-B9120 in the U.S. is left to speculation.

In the vast and embracive market of China, however, success for this interesting new cell phone is definitely within the realm of possibility.  If sales prove to be as promising as Samsung is inclined to believe, maybe they will be persuaded to give it a trial run over here.  We may not be seeing the last of the GT-B9120. 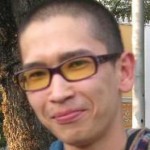 My main interest is to teach business people what is a risk management software and how makes your business safer in modern day. The advice I give advocates efficiency and quality of work.