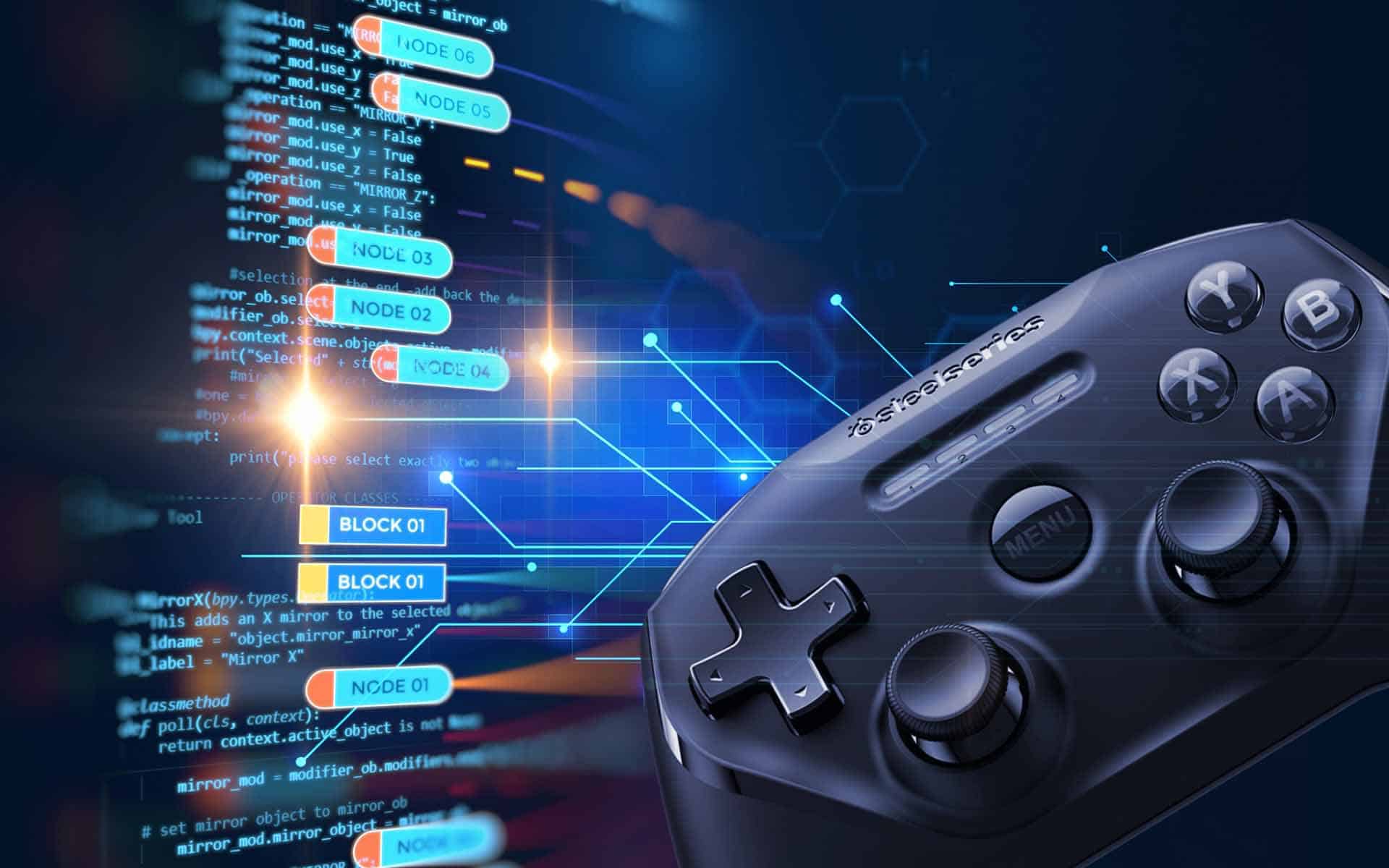 Interested in how Blockchain technology can improve video games? It is a lucrative market with several exploring possibilities. The first important application of Blockchain, according to experts, will be in the gaming industry, altering it and making it more pleasurable than ever before.

How Gaming surmounts the remaining challenges will eventually serve as a blueprint for other companies seeking widespread blockchain adoption.

The gaming business is expanding at an unprecedented rate. Indicators indicate that the value of the gaming industry will exceed $300 billion within the next five years.

This is due to an increase in the number of new players, notably on mobile devices, which make gaming more accessible and convenient for the 2.6 billion gamers in the world.

What Is Blockchain Gaming?

Blockchain games (also known as NFT games or crypto-games) are a type of video game that employs blockchain technology based on encryption. Cryptocurrency, also known as non-fungible tokens (NFTs), that players may buy, sell, and trade, with the game’s creator earning a share of each transaction as a revenue-generating mechanism, is often offered through blockchain capabilities within these types of games.

In some cases, blockchain-based games are referred to as play-to-earn or play-to-win games, in which players earn enough money to meet their necessities.

If you want to invest in cryptocurrencies or have pondered doing so but don’t know where to begin, reading this article may be beneficial.

Blockchain technology, particularly NFTs and cryptocurrencies, could be used to monetize video games. Numerous live-service games offer character skins and other in-game things that may be purchased with game currency and swapped with other players.

In nations where video games are viewed as a form of gambling, the ability to exchange virtual items for real money may be prohibited. This has given rise to grey market issues, such as skin-based gambling, and publishers have opposed allowing users to earn real money through games.

Typically, blockchain games permit players to trade in-game items for bitcoin. This can then be exchanged for cash, which, due to the blockchain’s transparency, could eliminate some grey market issues.

How Did Blockchain Gaming Become Popular?

Since 2017, blockchain-based games have existed, but the video game industry did not become interested in them until 2021 after a few AAA publishers expressed an interest in exploring their potential and after artists, gamers, and businesses from the gaming industry questioned its potential.

The rise of blockchain-based games has transformed the gaming industry’s regulations, making players the primary financial decision-makers instead of game developers.

P2E bitcoin gaming is a rising trend that cannot be ignored. Before getting into the specifics, it is necessary to grasp how it operates. In the first quarter of 2021, the number of blockchain-based games increased by 22,000%. According to the most recent study by DappRadar and BGA Games, this accounts for 52 percent of all blockchain activities.

1.22 million wallets with a unique active status (UAW) were drawn to blockchain gaming by the end of March this year. Despite an estimated $615 million Ronin Bridge security breach, Axie Infinity was accountable for 22,000 of them.

A surge in the popularity of play-to-earn, non-fungible token (NFT) games played on the Ethereum chain has proven to be a significant factor in the platform’s growth on platforms such as Crazy Defense Heroes, Pegaxy, Arc8, and A Tamagotchi, resulting in a 21% increase in gaming activity on Polygon at the start of 2022.

In contrast, activities on chains such as BSC and Ronin have decreased since the end of the year, as consumers attempt to reduce the risk associated with more volatile networks.

A total of $2.5 billion was raised during the first quarter of 2022 across all industries, a 150% increase from the previous quarter. Animoca Companies secured $360 million at a valuation of $5 billion as it positioned itself among the top Web 3 brands.

In the majority of blockchain games, the concept of play-to-earn is applied, allowing players to earn money and engage in game-based economies that allow them to purchase and sell game-related goods.

In contrast to traditional game concepts such as free-to-play games with in-game purchases or pay-to-play games, Blockchain-based games grant users full ownership of their online assets.

Throughout the system’s positive cycle, players are rewarded with firearms, skins, and other gaming-related items.

Players are required to make an initial on-the-spot purchase of an asset, often a non-fungible token (NFT), which is a pay-to-earn strategy similar to play-to-earn.

Similar to the idea of play-based learning, the item’s worth will increase over time, and the possibility of profit will serve as an incentive to stay.

Pay-to-earn and play-to-earn models are generally referred to as GameFi, and the term GameFi emphasizes the opportunity to earn through gaming.

Players are reticent to pay for developer-controlled, non-transferable game assets. When a website for online gambling is shut down, all player monies are forfeited.

What effect does Blockchain have on the Gaming Industry?

Due to its inherent versatility, Blockchain Technology applies to the gaming industry. We will cover a couple of these ideas below.

The Benefits of Utilizing Blockchain in Gaming

Blockchain is a groundbreaking technology that has had a significant impact on the technology sector. It is difficult to find an industry that blockchain technology has not impacted, and the gaming industry is no exception.

Players will also be able to produce income from their properties and assets, purchase or sell virtual items for bitcoin, compete with gamers from around the world, and play blockchain-based games.

Listed below are a few ways in which Blockchain Technology may influence Gaming:

Intent On Investing In The Blockchain Gaming Sector?

The Global gaming sector is massive, with virtual game revenue expected to reach $253 billion by 2022. The gaming industry is adopting games built on the blockchain. Gaming and blockchain technology are natural bedfellows.

If you are ready to create the next viral game, you should consider the benefits of blockchain technology for the distribution of games and other rewards.

Suffescom Solutions Inc. can help you produce a successful blockchain-based game if you seek skilled Blockchain game development services. We are a team of skilled blockchain developers who have created several market-competitive Blockchain applications.

In this article:blockchain game development

I am a growth hacker. I used to help young entrepreneurs with my creative and low-cost business strategies through my words.