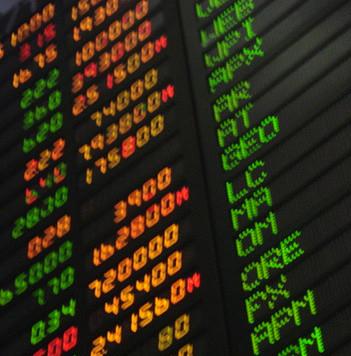 It’s a tricky time for the stock market. Recent gains and losses have worried investors as shown in the VIX index, a measure of market volatility, which is approaching an all time high. Perhaps no sector is as worrying as technology, which is seeing companies valued in the billions of dollars. Many investors are concerned that we are approaching a cyclical tech bubble like the one seen in 2000. Is it possible, or has technology evolved to justify valuations this time?

The fundamental value of a company is measured by current earnings and expected growth. A company with steady, increasing earnings in the tech sector is considered to have a valuation far exceeding that of other sectors like health care due to the potential for future growth. This is measured by a ratio called P/E, or Price/Earnings. Typically, in other sectors, this number hovers between 10 and 20, representing a stock price between 10 and 20 times the actual company’s earnings, but many tech stocks are seeing much higher P/E multiples.

Dot-Com Bubble Of The Past

In the Dot-Com bubble of 2000, tech stocks also saw inflated P/E ratios, but earnings did not live up to the hype. A perfect example is Juno, an Internet service provider offering dialup Internet service. The stock increased in value in the years leading up to the bubble while earnings were increasing. But in 1999, the company announced that it was going to switch from a paid service, with a fee of $15 a month, to a completely free service. The number of users skyrocketed as individuals dropped paid dialup services like America Online for the free service. Investors saw this as growth, and the stock value skyrocketed. Why? Because often, instead of considering that earnings would plummet, the investors were basing growth expectations on the number of eyeballs on the service.

Today, companies are often posting real earnings growth rather than simply user growth. And while some companies have P/E earnings of 100, for example, salesforce.com, these companies a) are also seeing widespread adoption, b) are frequently the industry leader in their niche, and c) show no signs of slowing down. Facebook, for example, is valued at between $60 and $100 billion, representing a P/E of about 200. And though Facebook’s earnings are only about $500 million, it has a unique position in the market as the world’s leading social network.

What Should You Do?

Many investors are recommending positions in tech stocks. Others are hedging their bets by buying some tech stocks and shorting (betting against) weaker companies. Many are staying out of the sector altogether. It’s likely that tech stock values will continue to rise, especially considering the overall undervalued nature of the market, even though P/E multiples in the tech sector seem like they set a very hard target to hit.

It’s hard to accurately assess whether the tech sector will live up to the expectations this time around, but for individuals working in the tech sector, avoiding tech stocks makes good financial sense. After all, in addition to the market capital in your 401k, you also have human capital in the form of a career that brings in regular earnings. Investing heavily in the tech sector is a failure to diversify your interests. If tech growth was to slow, your actual career might be at risk. Rather than losing your nest egg along with your career, diversify your interests by investing outside of tech so that one or the other grows, no matter what happens in the future.