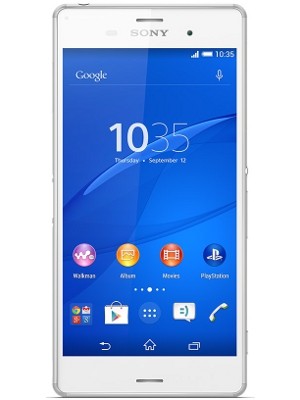 The Indian premium smartphone market is full of many able handsets, among which Sony has quite some very well selling models including the sleek, stylish and sturdy Xperia Z series. Soon after launching the popular Z2, the Japanese mobile major has already brought in its new Xperia Z3 handset at the IFA 2014 in Berlin along with the handset’s smaller sibling Xperia Z3 Compact, Xperia Z3 Tablet Compact, and the Xperia E3. However, Sony has not officially revealed the release date as well as pricing for the Xperia Z3. The new Sony Xperia Z3 is slated to globally launch by November this year and get available in the market within a month’s time from then.

For now, the Sony Xperia Z2 is available for sale in the Indian mobile market and is offered in a color choice of Black, White and bright Purple. The Xperia Z3 on the other hand comes in a new color range for an expected price tag of Rs. 49,999. The handset’s market rivals will include the Samsung Galaxy S5, Apple iPhone 6, HTC One (M8) and Nokia Lumia 1020.

The Sony Xperia Z3 is the Z2’s able successor and is said to be the best multi-purpose gadget from Sony along many great high-end features. The Sony Xperia Z3 has been revealed with its new attractive color options of Black, White, Silver Green and Copper. The premium smartphone will come with a massive 20.7 MP camera, huge 128GB of external memory, IP65/68 certification and PS4 Remote Play. Needless to mention, like its predecessors the new Sony Xperia Z3 is also a sturdy phone which is water proof and dust proof (IP65/68) smartphone. It has become more advanced than its predecessor Z2, with a lighter, sleeker yet sturdier built and more attractive design. The Sony Xperia Z3 is really a revolutionary smartphone device that not only withstands splashes of water or washing with water, but also allows you take quality pictures under water while swimming for up to 30 minutes in a depth of 1.5 meters of water.

The Sony Xperia Z3 is also a high performance smartphone and is faster than the Z2. It runs on the latest Android 4.4 KitKat OS and is powered by 2.5GHz quad-core processor with 3GB of RAM. It offers 16 GB of internal memory with microSD expandability. It supports the connectivity options of HSPA+, 4G LTE, GPS, Wi-Fi, DLNA, A-GPS, Bluetooth, NFC, etc.

The Z3 also packs in a larger 5.2 inch full TRILUMINOS display with a screen resolution of 1080×1920 pixels and X-Reality for superb multi-media experience. Sony’s contrast enhancement technology enhances the viewing angles and offers sharp display even in bright sunlight.

The  Sony Xperia Z3 is draws its juice from a powerful  3100mAh battery offering up to 19 hours of talk time and up to 740 hours  standby time and up to 10 hours video playback or gaming.

The Xperia Z3 is a PlayStation Certified smartphone that comes with PS4™ Remote Play that allows access to PS4™ games. PS Remote Play allows one to seamlessly switch from one’s PS4 console to the phone and make it mobile in the house.

It also comes with a whole host of pre-loaded Google apps as well as a stack of apps from Sony to offer fine smartphone experience.

Following are all the key features of the Sony Xperia Z3 along with its full specifications:

Powerful 3,100mAh battery pack along with an advanced Battery STAMINA Mode for added backup facility with up to 19 hours of Talk Time, up to 7400 hours of Standby time, up to 130 hours of Music playback and up to 10 hours of Video playback.

The new Sony Xperia Z3 comes along with the following accessories:

The new Sony Xperia Z3 along with all its superior world class features, advanced technology, superior built quality, design and high-end performance is thus all set to set fire on the already highly competitive premium smartphone market. The Xperia Z3 should also be boon for the photography lovers on the go, and revolutionize the smartphone photography.

The article has been written by Kundan Srivastava, who is passionate about technology. He’s working at 91mobiles.com and writes about the latest in the tech domain, right from devices to innovations. 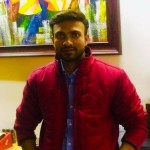 The article has been written by Kundan Srivastava, who is passionate about technology. He's working at 91mobiles.com and writes about the latest in the tech domain, right from devices to innovations