Initial Coin Offerings (ICO) have attracted the greatest attention and excitement in the bitcoin community. Since 2015, bitcoin investors have closely watched the ICO development area to identify the next big 10x or 100x opportunity. Between August 2015 and November 2017, the Initial Coin Offerings (ICO) market expanded at an unheard-of rate. Later studies, however, revealed that approximately 50% of the ICOs staged in 2017 and 2018 failed to generate even a single dollar when they attempted to cash in on the buzz and launched without proper planning.

According to a study on 630 successful ICOs between 2015 and 2017, an ICO is more likely to succeed if it gives investors enough details, the project has a pre-ICO GitHub repository, seeks the answers are planned, the endeavor avoids offering bonus schemes, has fairly short token sale durations, and has a public team. Despite this, many initial coin offers (ICOs) failed as a result of failure to adhere to the following ICO rules:

Before beginning to create an initial coin, it is crucial to understand market demand. Based on this, the business model will be developed by the consultants, IT developers, and business developers on your team. It is vital to consult the professionals once the concept has been decided upon to ensure its viability and to put their suggestions into practice.

When the corporate plan is complete, please work with the designers to transform it into a practical roadmap. When breaking it down, keep the following things in mind:

A New Investor first reads the whitepaper before investing in an ICO. At the start of the ICO development cycle, make sure your 25–30 chapter whitepaper is accessible and addresses the following inquiries from investors:

Your whitepaper should be hosted on an author’s website. As a result, investors will have greater faith in your proposal.

This is the most difficult step in creating an initial coin. Several extremely important elements should be kept in mind, including:

Soft and hard caps specify the minimum and greatest amounts your ICO can raise before it expires. These caps must be established before the commencement of your ICO offering; once they are reached, you can emphasize them in the ICO’s success. You can also choose secret caps, where the precise capitalization will be disclosed to investors once the ICO selling and allocation time have ended.

Models that have or don’t have caps

The overall money raised during the ICO or the entire population of ICO participants may be subject to a cap. An ICO can operate on a first-come, first-served basis with infinite tokens.

A smart contract can set token pricing in line with received bids. The smart contract prioritizes the highest offers, but the sale is over when the caps are met.

To ensure the integrity of the ICO offering, you must have a smart in place that enables investors to acquire, transfer, and sell the tokens. This smart contract must be connected to your token wallet, and an external and internal audit must be done.

You must possess your mobile currency before the ICO offering can start.

Inspection after the sale

As soon as the initial coin offering (ICO) is over, keep on top of article monitoring. This suggests that you require an explorer to inform participants of the vesting plans and due dates. After the lock-in period, investors must be given further information along with the 24-hour trading activity.

Listing on an exchange

Listing your token on tier one and tier two exchanges is critical for it to circulate more extensively. If there are enough listings or trading pairs, it will be easier for ICO investors to trade the tokens, which is not a positive sign.

Your Years of ICO Development Company

Experience is put to good use by Suffescom Solutions to make sure that all rules are carefully followed. We offer an end-to-end ICO development company, including the creation of tokens, blockchain-based white papers, and promotional strategies to ensure the achievement of your ICO. 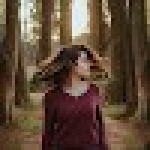 Jennifer Watson and I have been covering the technical news based on blockchain, web3, metaverse, and NFT for the last 6 years. Trying to keep my readers ahead of the real-time and keen to know about the upcoming technologies on the global stage.