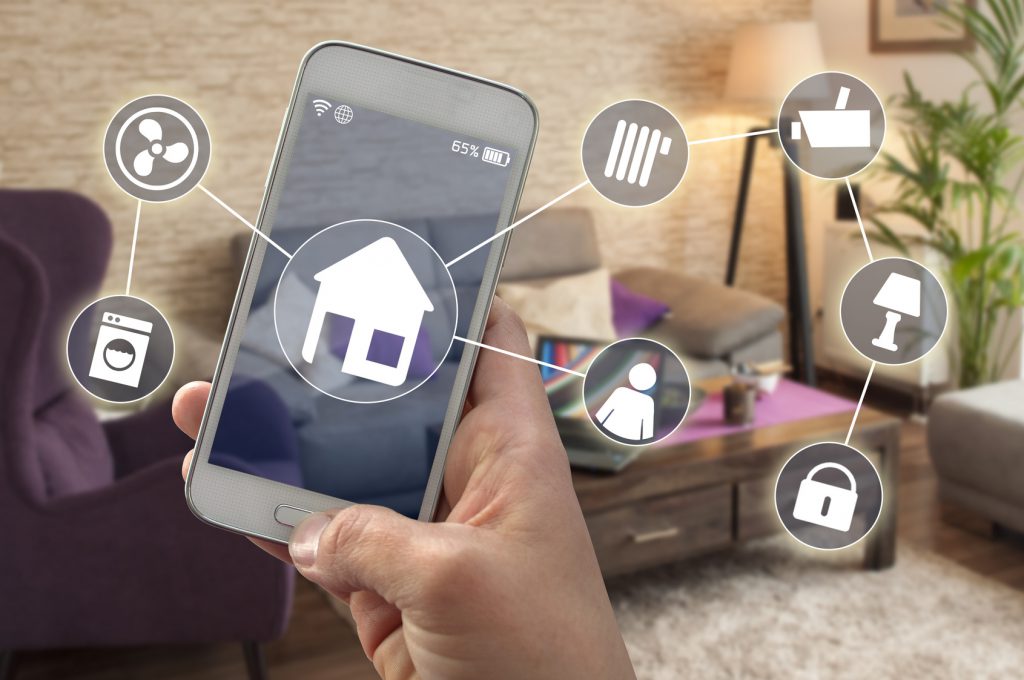 If you’re reading this at home, there’s a strong possibility that you will be able to turn off your lights, order your groceries, and adjust your thermostat just by speaking out loud. Okay, it’s unlikely you’ll be able to do all of these things, but so many of us live in smart homes now that industry analysts and insiders are suggesting that they could become “as ubiquitous as the mobile phone”.

So what exactly is a smart home? There’s no strict definition, but if you use several smart devices in your house, preferably with a “hub” like Google Home or Amazon Echo, your home can be deemed “smart”.

Broadly speaking, a smart device is anything that connects to a WiFi network. The growth of the “Internet of Things” has given us everything from smart TVs (now extremely common) to smart toasters (much less so). The IoT revolution has also brought us smart home security, meaning the valuable smart devices in our houses can be protected by other smart devices which may have been ordered by barking into yet another smart device.

While this is exciting for tech enthusiasts and lovers of convenience, it does raise some questions if we stop to think about it. Questions that may make us think twice about fully equipping our homes with smart devices with reckless enthusiasm.

Smart home security devices are the highest stakes tech purchases a consumer can make. When you buy a smart TV, you’re trusting that it will be able to stream your favourite shows. When you purchase a smart CCTV camera or a smart burglar alarm, you’re putting your entire home’s safety on the line.

This comparison only becomes more worrying as you take it further. You would likely only buy a smart TV from a leading manufacturer (Samsung or LG, say), thereby guaranteeing a level quality and experience. These brands have been making TVs for decades; their TVs are unlikely to be faulty.

In contrast, smart burglar alarms, doorbells, and other security systems are often made by fresh-faced tech startups. Popular smart home security firm Nest only released its first product in 2011, and it didn’t start making security products until 2013/14. It’s since been acquired by a more established parent company, Google. But even Google lacks experience in the security arena. Competitor firm Ring was only founded in 2012.

Concerns about brands aside, smart alarms have caught on because they let homeowners monitor their homes via their phones or tablets, thus leading to additional peace of mind. However, long-established security firm Banham argues that this should not the be case.

Advising readers on how to find the best burglar alarm, the company says, “Whilst offering a more ‘hands-on’ form of security from a consumer standpoint, these smart systems lack the expertise of professionals in an ARC.” An ARC is an Alarm Receiving Centre—a central hub where security experts monitor signals from traditional burglar alarm systems. In other words, smart burglar alarms may put your safety in the palm of your hand, but wouldn’t you rather hand it over to the professionals? A professional in an ARC will be able to respond to an alarm activation effectively, calling out the police or appropriate services to handle the situation.

Do smart homes hand over too much personal information?

In March 2017, WikiLeaks published documents that revealed the CIA has been hacking Samsung Smart TVs to spy on people in their own homes. The hack, known as‘Weeping Angel’, shocked Samsung themselves, but it’s unclear whether the firm can do anything to prevent government agencies from exploiting their products indefinitely.

As voice commands become the norm, more and more products are shipped with built-in microphones. All a government agency, private investigator, or criminal has to do to listen to and record our conversations is hack into one of our numerous smart devices.

While this alone is terrifying, those who consider their lives uninteresting to the powers that be may not be concerned. There’s another way smart homes may be invading our privacy, though.

By now, it’s no secret that the internet’s biggest companies make their money by building up highly-detailed profiles for all their customers in order sell advertisements and make informed recommendations. Linger too long on an Amazon product page, and you could see that same item advertised to you again elsewhere on the internet.

This being the case, it makes sense to wonder if Amazon and Google are recording the everyday conversations we have within earshot of their home assistants for use at a later date. Wired has reported that this is happening, while Techworld argues the opposite.

Whether or not it’s happening right now, the fact remains that we could be giving away far more personal information to these mega-corporations than we ever have before. And that could be a very bad thing. As we have seen recently with the Facebook data scandal, entrusting these companies with too much personal info can have disastrous consequences.

Smart homes could be excellent. They’re improving convenience and make life easier for millions of us. But the fact that they’re becoming normal so quickly is dangerous. It didn’t take long for us to start simply saying “phones” to mean “smartphones”. Let’s make sure we know what we’re doing before “smart homes” become “homes”.