Now that the New Year’s Eve confetti has been swept away and the champagne bottles have been emptied, it’s time to take a look back at some of the biggest sports tech stories of 2015 – and to consider just how far technology has come, not to mention where it’s headed in the near future. When it comes to the marriage of tech and sports, the sky’s the limit for new and innovative breakthroughs to keep athletes healthier, help them perform better, and allow them to refine their skills. And now that technology is becoming smaller, smarter, and more intuitive, it’s no wonder that 2015 was a huge year in sports tech – both in unique technology and a preview of what’s still to come.

Pull on your socks, lace up your sneakers, and let’s take a brief jog down memory lane to recall some of the biggest and brightest sports tech highlights of 2015:

The troubling trend of concussions spans across numerous sports, and is at the center of lawsuits in football, hockey, and wrestling. It’s no surprise that the focus has turned to creating better equipment to help mitigate the risk of concussions and serious injuries in general.

At CES 2015, a company called D30 introduced a new type of material to help absorb shocks and protect the body from injury – a breakthrough that could have multiple real-world uses beyond sports. An article at SportTechie named D30’s impact protection as the biggest sports tech highlight of the conference, reporting:

“D3O is already working with Under Armour to deliver hi-tech pads to football players. Additionally, D3O has put their material in tennis rackets, skis, baseball gloves, athletic shoes, motorcycles, and pretty much anywhere there is impact in sport. Now it’s up to sports leagues (take note NFL), to put this material to the ultimate test, and see how it can help athletes stay safe and healthy.”

Hopefully, this material will catch on in the years to come, potentially preventing dozens of career-threatening, and even life-threatening, injuries.

Another tech product that’s aiding in the prevention of sports injuries is a peel-and-stick impact sensor from a company called Brain Sentry (now Common Sensors). According to TNB, Brain Sentry was awarded in 2015 “for aiding in the improved safety in sports,” saying that “the hardware has been deemed most beneficial especially during the current year, where concussions and head injuries have been mostly prevalent in sports such as rugby and American Football.” As the spotlight continues to shine on the long-term impact of head injuries, there will always be room for useful advances in protection gear, and these sensors prove that even small can be mighty.

The wearable tech industry is quickly reaching into the billion-dollar range, and so it’s no surprise that wearables were one of the biggest stories of 2015. Two sides helped propel the industry in the past year: the casual user (think steps trackers and athletic monitors for gym workouts), and professional athletes. For regular gym-goers, the social aspect of wearable tech reigned supreme in 2015; since more and more wearables are allowing users to upload data to their social networks (including best times, personal records, and even videos), it’s become easier than ever to both show off accomplishments and be inspired by others. Additional features that help users gamify fitness have become popular motivation to get people moving.

As for professional athletes, a big focus in 2015 was to create the most up-to-date equipment and tech for these individuals, utilizing replay functions and sensors to help improve their game. One such piece highlighted at CES 2015 was Vert, a wearable built around the simple concept of measuring jumps. The SportTechie article writes that “anyone who frequently jumps in their sport can use Vert to help them measure and improve their jumping capabilities; and know when they are nearing an unsafe level of fatigue that may lead to injury.” Jumping data may not be the most complex form of measurement, but Vert was approved by NCAA for college volleyball teams, and could be utilized by even more college teams in the future.

In addition to the above, 2015 proved that wearable tech wasn’t just the territory of joggers and gym fanatics – TNB reported that it was actually a swimming measurement device that took the top prize in the 2015 Sports Technology Awards. “Swimtag, winner of the best wearable for measurement prize, is an underwater tracking wearable that can be used at pools and allows users to track their distance and speed. This data can then be accessed online and shared to peers,” says the article. Now that wearable sports tech has extended its reach to underwater use, it seems likely that it will only continue to spread in the coming years.

Only recently have professional sports teams taken notice of the wealth of information they can gather using technology. With more teams beginning to rely on analytics and data to improve their chances at a championship, the interest in startups specializing in sports tech became a huge industry in 2015. A piece at TechCrunch explains how venture capitalists are turning their attention towards sports technology and its bright future:

“Investors have spent over $1 billion in venture deals for sports-related startups over the past year — and everyone wants in on the action. Last week, the LA Dodgers launched the Dodgers Accelerator, a 12-week program in partnership with R/GA that will kick off this summer. They’re looking for startups ‘at the intersection of sports, technology and entertainment’ — an intentionally ambiguous definition, according to Stephen Plumlee, Managing Partner of R/GA Ventures.”

Additionally, Miles Clements of Accel is quoted in the article as saying, “Every professional athlete looks at the tools they have available, and the way that analytics are transforming their preparation for games, and now they’re realizing that they have a front-row seat for the changing landscape of sports.” This is leading to more athletes beginning to take an interest in startups alongside the typical cast of venture capitalists and investors. (The TechCrunch article cites Carmelo Anthony and Steve Nash as two who currently run their own venture funds.) Not only could this help put them ahead of the curve in terms of skill and value as a player, but also bring their chosen sports into a new and exciting future.

Gone are the days where athletics and technology are two separate entities. Now that the two industries are combining to push each other forward, there’s no telling what sort of fascinating advances might be created in the future – but if 2015’s highlights are any indication, there’s bound to be more sophisticated wearable tech, heavier buy-ins from professional athletes, and better protection from debilitating injuries. All of this adds up to a very interesting sports tech future indeed, and the sports tech highlights for 2016 are sure to be even more fascinating.

What kind of sports technology are you excited to see become more mainstream in 2016 and beyond?

In this article:Sports, Sports Tech, Technology 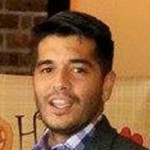 Javier Sanchez-Mariscal is an integrity-driven, multilingual Consumer Insights and Communications Manager with a strong concentration and enormous success utilizing technology and sales strategies to support business objectives and revenue generation. With over 5 years of working with Injinji, Javier's passion for fitness and the outdoors has only grown. 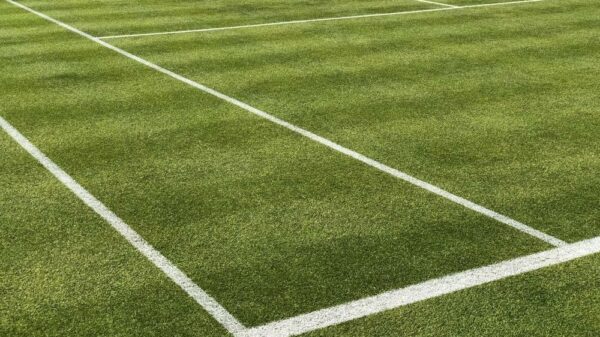 How Technology has Forced Sport to Adapt

Technology is a wonderful thing nowadays. It bleeds into almost every aspect of life, both professionally and personally, making it more accessible, but also...