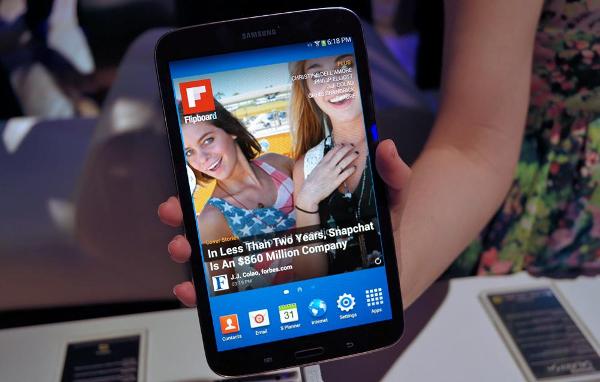 Samsung wants to know the size of the Android device that their potential clients want to purchase. As a result, the South Korean company has created all possible sizes for their that are available in the market as the goal of the company is to increase its reach in the market.

An eight-inch tablet is ideal for a number of tablet users in the market. These users consider bigger tablets cumbersome that they would opt to use a laptop in their workplace. They also feel restricted when they use smaller-sized tablets. The three basic devices that these users would like to have are a smartphone, an extremely mobile laptop, and an eight-inch tablet. This is the reason why some users utilize an iPad Mini and are eager to use the Samsung Galaxy Tab 3 8.0.

The Samsung Galaxy Tab 3 8.0 is basically an upsized version of the Samsung Galaxy S4. It has a similar plastic case and odd-looking silver strip along the edges. The only variations are the position of the camera at the back of the device, which was moved to the upper-left corner, and the TV IR blaster that was moved to the right side of the device instead of the top. The designers may not have worked on changing the design of the Samsung Galaxy Tab 3 8.0 when it was being developed. Some users may have encountered an issue on the positive of the capacitive back button, which can be inadvertently pressed while using the device. This shows that the device may not have been tested by Samsung prior to its delivery into the market.

The Samsung Galaxy Tab 3 8.0 has an aspect ratio of 16:10, which is unlike the 4:3 aspect ratio of the iPad Mini. It is also slimmer, taller, and easier to hold using one hand. Watching widescreen videos is also suitable for the device. When in portrait mode, the websites appear narrow and long on the device. However, when using the device in landscape mode will result to some parts of websites to be cut off. Furthermore, users may have got used to the Alien Blue application on the iPad Mini since using the Samsung Galaxy Tab 3 8.0 while browsing Reddit makes them feel constricted, particularly when it comes to the banner advertisements of the BaconReader client.

However, the average quality offered by the Samsung Galaxy Tab 3 8.0 is not limited to its display screen. The device seems sluggish and would sometimes lag. Although the dual-core 1.5GHz Exynos 4 processor and the 1.5GB RAM of the device allow users to play with Dead Trigger and Super Monsters Ate My Condo, the overall performance of the operating system is sluggish. The device also appears to pause when switching from landscape mode to portrait mode. This results in issues when users are scrolling the device too fast. Some users also have to swipe at least twice to bring down the menu of the device. Although it’s not slower than other Android-powered tablets, it is not the fastest.

The Samsung Galaxy Tab 3 8.0 offers a number of features similar to the ones offered on the Galaxy S4. However, the list of features appeared to have been added haphazardly. The multi-window feature is also offered in the device, which is remarkable when used on the eight-inch screen of the device. However, the Air Gestures feature may not be quite useful on the device. The WatchOn TV-guide application and the universal remote are considered as the best features of the device. The bigger screen makes it delightful to look for new content by browsing through unreleased shows. Users can also access the entertainment center of the device through the IR blaster.

Although the battery is sufficient enough for a whole-day moderate use of the device, the iPad Mini offers a longer battery life. The standby power of the Samsung Galaxy Tab 3 8.0 does not live up to the expectations of users since it may run out of power even if it is not used for two days.

In this article:galaxy 3 8.0, Galaxy Tab, Samsung 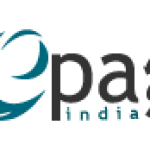 The author is active in the field of writing for more than 7 years. He has been writing articles on technology especially on mSpy technology used in mobiles and make sure his readers are benefited from it.