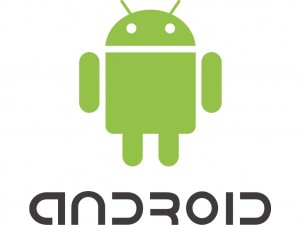 Racing games are usually liked by all age groups  and are often played on laptops or smart phones. If you are a game lover who happens to enjoy racing then download and explore the following racing game applications for android. This is a wonderful android game that has been downloaded by more than two hundred million users across the globe. The new version of the game has been released recently and it is apparently much better than past versions. There is an adventurous car with you and small cash amount in your pocket. The game involves moving with zombies in a fantasy world. You will have to move fast in the adventurous car to save yourself from zombies as this is the only way to survive in the dangerous desert.

You can also earn a few quid during play. If your vehicle is not strong enough then there is an option to change the vehicle. There is a total of eight vehicles to choose from including a school bus and car. You can also enjoy animated videos and intuitive sound tracks during play.

The last series of the Asphalt game was released in 2012 and it was doing wonderful on the iOS and android platform. Asphalt 7 is a new series of the game with wonderful graphics and unique features. Basic features and concepts of the new series are the same as that of the original Asphalt series. The game can be shared on social networking sites or enjoyed online. There are a total of sixty four cars in the game which are further categorized into seven parts. To know more about the game, you can check customers’ feedback online.

The game was given a score of 8 out of 10 by IGN. The new Asphalt series is appreciated by all racing game lovers. You can also enjoy techno music at different levels of the game.

3.Need for Speed™ Most Wanted

This wonderful game is specially designed for iOS and android platforms. Few changes are made to the current series to make it more powerful and stronger. The main objective of the game is to escape from police by walking into streets in a city. The game has incredible graphics and wonderful techno music. The gamer’s vehicle can also be customized according to player-requirements and preferences. Furthermore, it can be downloaded with a single click only.

Slingshot is a wonderful racing game especially designed for speed lovers. It is quite easy to play the game but difficult to reach its different levels. In this game, there are total 4 players playing simultaneously and you have to control their movements. The racing game has excellent display system and wonderful graphic elements. You can improve your gaming skills by learning the basic tutorials of the game. You also have to maintain focus to become a winner.

This is a super hit game by Binary Mills especially designed for the iOS and android platforms. During play, all cars strike against each other without any vehicle damage. However, there is time constraint that you have to follow strictly. Technically, the game uses the latest version of unity physics that makes it more attractive as compared to other racing games.

In summary, we can conclude that you can download and play all racing games discussed above. They are fast, give amazing user experience and can be played whenever you want. 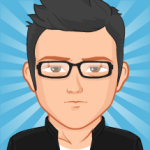 The above article is published by Sandeep Dharak who loves to spend his time playing games on his smart phone. As a profession, i do full time blogging about Tech Updates @ AegisISC Blog.