According to a 2013 report, in the U.S. alone, seven people die each day from simple home fires. This may sound shocking in this day and age; however, these kinds of flames are much easier to contain than major fiery outbursts which can happen in great warehouses, chemical laboratories and industrial zones in general. Because of this, investing in fire protection technology pays off for both individuals and businesses and here are some of the latest trends that are worth keeping an eye on.

It’s well known that traditional smoke detectors react to the particles that reach its sensors. Unfortunately, this has several shortcomings. First of all, in a high ceiling buildings such as factories and large warehouses, this may not happen until it’s already too late. Second, there’s always a hazard that the entire building will be alarmed over a cigarette smoke or even a match. The greatest advantage that this particular system has to offer is the unparalleled early detection. Seeing how in these situations seconds can make all the difference, this upgrade can really give your fire prevention efforts a significant boost in both efficiency and reliability.

The Internet of Things

The delineation between internet and physical world is harder to make with every passing day and the idea of Internet of Things (IoT) is not making situation any easier. Still, this way, you can completely automate your fire detection system and adjust it to send a notification to the firefighters as soon as the need arises. When the chaos starts, most people just look for their way to safety (as they should), but this means that the alert sometimes isn’t sent until the fire has already spread. At least this way, firefighters have the chance to arrive while there is still something to save in the building.

People living in the areas where wildfires are common, may want to start with fire protection even before they move in. In fact, the home can be designed to become more or less resistant to wildfires by taking just few steps of precaution. Site layout and ignition resistant materials are the key, but also some additional equipment like sprinkler heads that are installed on the roof. All in all, prevention is usually the best course of action.

Sure, getting your building equipped with high-end sensors and alarms is great, but when a blazing inferno breaks loose, you need to have one priority – saving lives. However, for this, you need to take a bit more traditional approach. This means raising awareness of every member of your staff or every person in the household.

First of all, you need to organize a fire drill every once in a while, just to see what is an average reaction time. By repeating this often enough, you are bound to get on everyone’s nerves, but this is a small price to pay for safety. Furthermore, you should never underestimate the confusion that arises in the moment of panic, which is why you may want to consider getting few evacuation diagrams for your premises.

As you can see, while some of these trends have to do with latest devices and tech inventions, others have remained unchanged for centuries. What they all have in common, however, is that they all help save countless lives. Sure, it would be absurd to live your life expecting for an accident to happen every second, but it is much more perilous to pretend bad things can never happen to you. In other words, it is always better to take one safety measure too many than to come one short when the catastrophe strikes.

In this article:fire safety, Technology 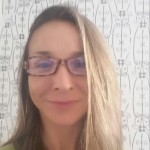 Diana Smith is a full time mom of two beautiful girls interested in topics related to business technology and marketing.