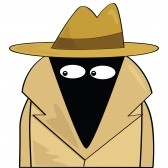 Mobile phone spy software has been settling in the trends nowadays, particularly because its use has been realized and discovered by many. This realization is a result of the excessive communication opportunities that cell phones have brought about. And recently, with the advent of smart phones there has been even more reasons why limitations on a mobile phone communication need to be defined. But since these limitations are particularly difficult to be set, it was necessary to bring along something that could be used to monitor the communication activities of a mobile phone. And like its name, the mobile spy software serves the very purpose.

MobiEspion.com is one of the spy software that comes with the offering of consistency as well as a package deal. Its general features include those of spying on text messages (time, date, contact, and content, inclusive), calls (time, date, contacts inclusive), pictures and videos (sent, received or captured) and internet usage history (web browsing, emailing). The mobile spy does not even spare social-networking activities of the target person. What websites are being used for social networking, what friends are in the contact list and what wall posts are being updated. All these updates are transferred to the account of the person who purchased the software. At the time of purchase a private account is set up. This account remains safe and secure, and is basically the vital link to the data that has been spied on. The view on the account is viewer-friendly. It comes with an additional feature of a geographical tracker. This means that the target cell phone’s user cannot visit any place without an update being sent off to the user about the exact location. This is particularly important for moms who are concerned about what company their children are keeping. If the geographical tracking shows localities of ice-cream parlors, and skating zones, it could point to relief, but if their whereabouts indicate abandoned garages and factory backyards, the reaction would certainly be otherwise. But it is not only about the reaction contained in this, what is more important is that action can be taken against the detrimental elements in the society such as drug dealing, or getting involved in pre-marital sex.

Thus, the account of the purchaser becomes an essential tool in not only discovering the target person, but also helping in uplifting the morals of the society. Often mobile phones reveal information that could have never been accessed through direct confrontation or force. This points to the fact that even criminal investigations could be helped using this cell phone spy software technology. A spy software in the suspect’s mobile phone would be a much better alternative to detectives sneaking about him. The mobile phone will reveal the communication points of the suspect, the money-earning strategies, the entertainment spots, as well as family background and current relationships. Thus nothing remains out of the watch once you get hold of the mobile phone of the person. 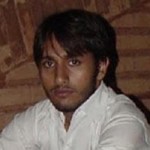