Anyone can get downloads, under a non-disclosure agreement,” said Microsoft in a reply to a question from ZDNet .

The productivity suite, which is based on a suite of applications for many companies to create Word documents, Excel spreadsheets, and PowerPoint presentations, is scheduled to be released in the second half of this year. On small devices such as smartphones and tablets under 8 inches, Office 2016 will be available. This may take some time before Microsoft announced the new features of Office 2016. Currently, the two significant new features for 2016 Office include a new tool called Tell Me to help users get to know office, and an automatic rotation feature of an image .

Tell Me is already available on Office Online and Office version on iPad, and it is now added for Office 2016 for Windows. With Tell Me, users can ask for help the assistant on how to perform a task in Office.

“There also has an automatic image rotation feature to help users to correctly position the images in Office documents and a new option for a” black “theme for Office users (in addition to themes current, light gray, dark gray and white) “ , reported Mary Jo Foley of ZDNet.

In addition, InfoPath will be removed from the Office suite, making InfoPath 2013, the latest version of the client. However, Microsoft will extend the support InfoPath Forms Services until 2016.

If you are interested in the version preview of Office 2016, you can go to the website of Microsoft Connect, and register . The registration process will ask you to enter the e-mail you want to receive an invitation to participate in the beta, but as Foley has confirmed, any e-mail address will work. Remember that you are subject to a non-disclosure agreement.

After entering your email address, you’ll be able to download the images required to install the preview version on your system.

Aashish Sharma is an Internet Research Analyst and an aspiring social media marketer. He possesses hands-on experience in optimizing and promoting websites on leading search engines and web media. His passion is to keep updated with what masters of the internet such as Google, Yahoo, Twitter, Facebook etc. are up to innovate & deliver. At EntrepreneurYork, he aims to be a part of most active online community and most widely-read blogs on the web, covering the insights of EntrepreneurYork Magazine that will help in preparing the leaders of tomorrow. 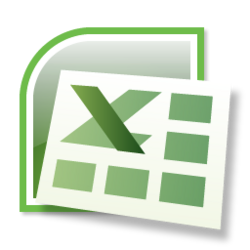 What are the Numerous Advantages of Advanced Excel Training?

Microsoft Excel is a very important tool for employees all over the world. At a very traditional evaluation, almost 250 million individuals are utilizing...