Macro-interactions are easy to see and track, and they are what all businesses want to see – they are the conversions. When someone subscribes to a newsletter or, best of all, makes a purchase, site owners are happy. And they track those interactions carefully. What they sometimes forget about is the fact that there may have been a number of micro-interactions that led up to that macro-interaction.

It’s difficult to fully define micro-interactions because they really refer to any action taken by a user of a device or a site. Thus, when someone turns his phone on silent, there may be a little vibration; when someone refreshes a page, a screen responds; if you use your phone to turn on your air conditioner, you get confirmation. All of these things are micro-interactions, and the responses tell your brain that the actions have been completed.

There is some discussion right now, especially given the huge number of micro-interactions that users experience on a daily basis, how much of these we should measure, if at all.

Those who oppose lots of analytics of micro-conversions, argue that there are just too many and it is impossible to determine which are effective and which are not. The color of a button, the words on that button, a scroll bar, the language use when text is required – all of these things trigger user micro-interactions, but measuring them is tough and difficult to analyze. Further, they argue that many of them cannot actually be measured. When a visitor lands on a site, for example, how do you measure the initial impression and messages sent to the brain that forms that impression? You cannot, of course, unless that individual scrolls around on the page and interacts with certain elements. Even that, the naysayers assert, is not that significant. What they want to measure, they say, is the action of that visitor once they get to the spot where conversions are offered and then to determine if those conversions occur and what percentage of users actually make those conversions.

Those who favor analytics of micro-interactions state that everything a visitor does from landing on a homepage forward is the very things that lead visitors to those offers of macro-interaction. They are therefore critical pieces of the entire user experience and, ultimately, those conversions that everyone wants. Not to analyze them, they say, is to risk losing users who bounce during those micro-interactions. We need to find out why, to make changes, and to test if those changes have a better result. They believe that every piece of a user experience on a site is important and that these micro-conversions can and should be analyzed. For example, suppose, as a designer, you decide to use a less common layout of photos, and you have a small micro-interaction that shows visitors how to scroll through them. You are actually teaching the visitor, and you should want to know if visitors are “learning” and find the experience a good one. In fact, you have not much to lose by analyzing user behavior and perhaps much to gain in the long run.

Both macro and micro-interactions/conversions can be measured using Google analytics if you set up goals for each of these. It’s easy, so why not do it?

Most website traffic does not result in a macro-interaction. In fact, the rate of conversion for retail sites averages about 3%. The other 97%, however, can give you a great deal of information, if their interactions are tracked rather than just being lumped into one group of those who bounced. When, where, and why they bounced is important and can drive changes to be made and tested.

Analyzing micro-interactions is a part of a long-term strategy that focuses not just on running the numbers on macro-conversions but on how more visitors can have a better experience over time. 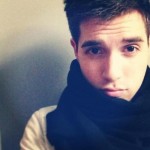