Black Friday.  Many of us think of frantic shoppers, hundreds of carts bolting through aisles and lines 400-people long at 5:00AM.  Every year, Black Friday arrives the day after Thanksgiving when shoppers can find the best deals available in their local stores—from Target to Best Buy, Walmart to Macy’s.

Black Friday has become more and more “tech-y” with time.  In fact, one of the hottest items that was sold on Black Friday 2011 was the Amazon Kindle—one of the most popular tablets available today.

According to Amazon, Black Friday resulted in the company’s best-ever sales for its Kindle devices, with the new Kindle Fire tablet leading the pack.  It was reported by Dave Limp, vice president for Amazon Kindle, that customers purchased four times as many Kindle devices as they did last Black Friday.  One analyst from Amazon said that the company took 500,000 pre-orders a month before Black Friday alone!

But what does this mean for consumers and what does this mean for Amazon?  Without a doubt, Amazon is already happy with their holiday sales.  But are customers satisfied with their purchases?  The new Kindle Fire is this year’s hot new item, and in order to be 100% satisfied with a purchase, a consumer may want to buy a little peace of mind too—for example, in tablet protection.

When running out of the store with the Kindle Fire, what if a customer drops and cracks it?  What if, while Santa is sipping on his milk, he spills on the Kindle Fire as he’s setting it up for little Johnny?  What if the dog gets into the wrapped Kindle and completely damages it?  You’ll want that tablet insured—especially during a chaotic time like the holidays.

So don’t go out and purchase a new tablet without also purchasing a little peace of mind.  The Kindle Fire (and tablets in general) can easily be insured by companies such as ProtectMe Plans.  It’s a small price to pay for an amazing Black Friday find and a successful holiday season! 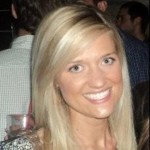 I work for MobileMotive LLC, a trusted extended warranty provider that specializes in simplifying and streamlining product protection plans for popular consumer electronics and appliance purchases such as the iPhone and tablet devices. (Enchanted by all things tech!)

5 Phone Mistakes that are Ruining your Sales Pipeline

Before any of the newer technologies and methods were discovered, the means to increase sales pipeline was through the phone. The salesperson was required...