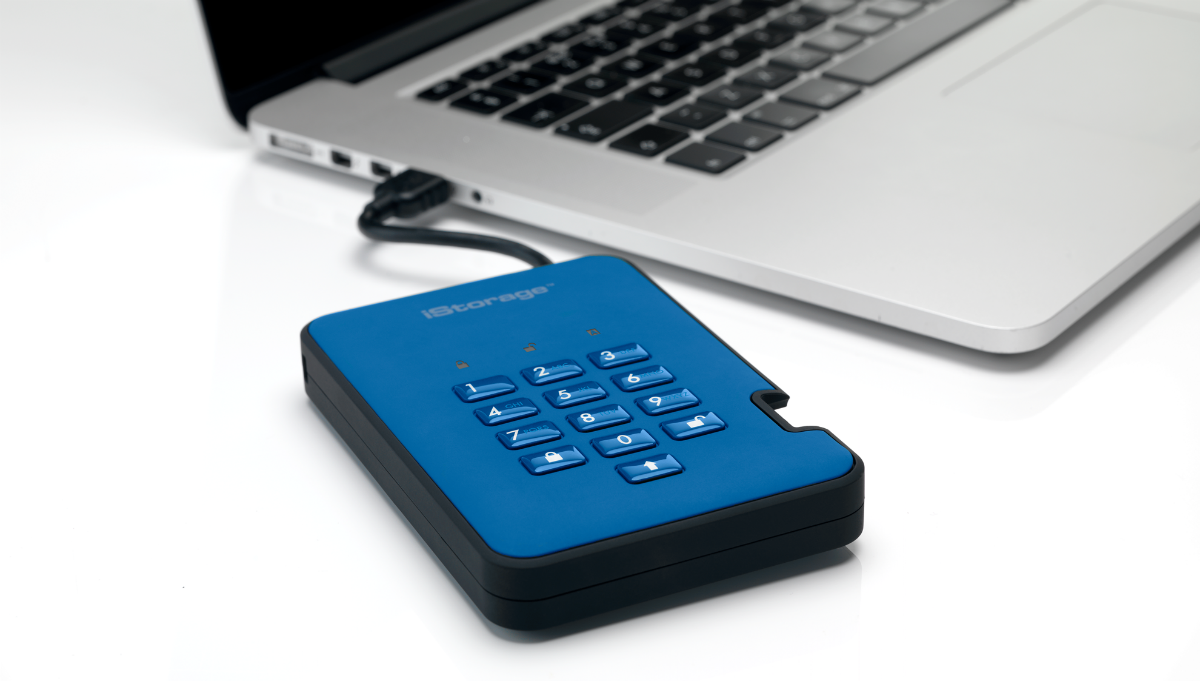 Nowadays, data is incredibly sensitive and if it fell into malicious hands, the repercussions could be catastrophic. However, people still love to carry their data around with them, either because their laptop or desktop lacks in internal memory, or because they use multiple devices. Either way, you’re going to need a secure hard drive to prevent any unauthorized access. This is where the iStorage diskAshur 2 comes into play.

It is a sleek, attractive design that comes in the choice of four colours – phantom black, ocean blue, fiery red and racing green. Now, while it looks great, the 5TB worth of capacity is condensed into a 4.8 x 3.3 x 0.79inch frame which makes it convenient when carrying it around. Furthermore, even by looking at the drive you can recognize how secure it is.

The keypad on the outside, as well as the internal parts have been smothered in epoxy resin to ensure the protection is robust. Moreover, as for the keypad, you’ll be able to select a code between seven and fifteen digits long. Some people may feel this is too lengthy to remember, so we’d advise making a note of it in a safe place.

It’s also very simple to unlock the drive – when it’s plugged in you’ll notice three LED lights located just above the keypad. When it’s locked they’ll display red, when you unlock it they’ll display green and admin mode shows up as blue. Although, you’ll want to make sure you don’t put the code in incorrectly more than fifteen times, as this will activate the in-built brute force protection.

Going back to the epoxy resin around the outside of the diskAshur 2; you’ll find that this prevents others from breaking into the drive, and if theydo manage to get into it, then they’ll have damaged the drive beyond repair. So, you can rest assured that no-one will be accessing your data manually. In addition, the USB 3.1 drive is also dust and water resistant, OS & Platform independent and employs the magnificent EDGE technology.

One downfall the drive does have though, is that the USB lead is incredibly short. At only 3.5 inches long, you’ll struggle to make it stretch far at all. On the other hand, you could argue that this allows you to avoid any tangled wire issues. Moving on to the encryption; the drive possesses AES-XTS 256-bit hardware encryption, and doesn’t need any software installation whatsoever. 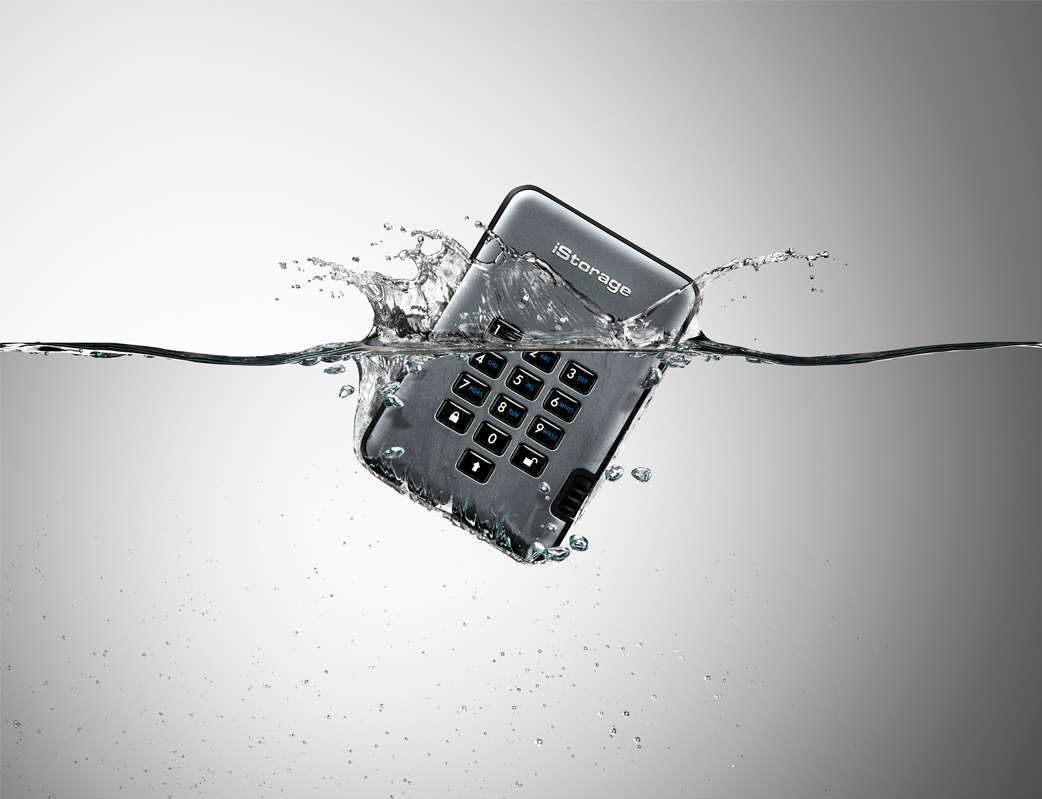 Not only is that military grade encryption, it’s also delivered in real-time with no negative impact on USB speeds. Other great forms of security include the ability to set an auto-lock, and the ability to lock it at any time with the button on the drive itself. Essentially, without knowing the pin, no-one will be able to access your data, not even the most capable of hackers!

Ultimately, the iStorage diskAshur 2 hard drive is an excellent choice if you’re looking for incredibly secure external storage. Other than the lengthy, complex code you need to set and the short wire, the device is near enough perfect.