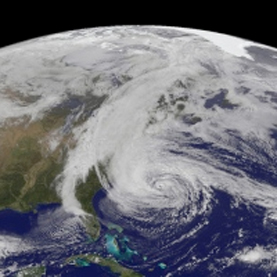 The massive storm nicknamed Sandy pummeled through large swathes of the East Coast that led to citywide shutdowns, ordered evacuations, and a lot of other compromising situations. Still, it can’t be denied that technology played a big part in mitigating some of the dangers and challenges brought forth by this natural crisis. Let’s take a look at a few of them.

Airbnb recently partnered with New York Mayor Michael Bloomberg to help those displaced by super storm Sandy find their much needed housing. A lot of members have offered to host places to stay for those affected, and no sooner, the online travel rental money launched an official free housing program for people who require a temporary place to stay. Members who are close to the affected areas were also encouraged to sign up and offer extra space (“an extra house, an extra room, or even a spare couch”) as a way of providing relief to those inconvenienced by the hurricane.

New York Governor Andrew Cuomo signed an emergency order allowing voters in the federally declared disaster areas of New York City and a few other counties to show up at any polling place in the state other than their district. If they’re displaced, they can still file a paper ballot at another polling site that’s more accessible to them. However, they can cast their votes only for the presidential and senatorial race and not for the local legislative contests. The NY Elections board has designated 60 alternate polling sites for voters in storm-stricken areas, with shuttle services for beach-area voters.

With power outages and horrible wireless coverage still hampering normalcy in NY, charging cellphones, laptops, and other mobile devices are still top priority for residents. When all else fails during natural disasters, Starbucks’ WiFi networks and internet access are usually up and running; and a lot of people have resorted to flocking to or lounging at the coffee chain’s outlets to take advantage of the power outlets and internet connectivity they offer. When wireless carrier’s cell sites are down, the most logical thing to do is to turn to WiFi networks to enable VoIP calling on devices. Evidently, a lot of people are starting to acknowledge the help they can get from internet-based phone services like RingCentral during disasters.

It’s hard to picture how huge Hurricane Sandy was if you’re not living in the East Coast. But thankfully, a couple of developers worked on making a solution that made it easier for people around the world to follow and monitor the hurricane. Instacane, a collection of Instagram photos telling what happened before, during, and after Sandy, is a great evidence of how people can leverage social media to get relevant information regarding matters of national importance. The concept behind it was simple. The site monitors a couple of hashtags and displays the tagged photos in one convenient feed for everyone to see. It was also helpful in last year’s Hurricane Irene.

Frankly, technology can be relied upon in times of trouble. People just need to make use of it wisely.

Around 67% of businesses now offering a flexible working arrangement, allowing their staff to work remotely, set their own working hours, and compress their...