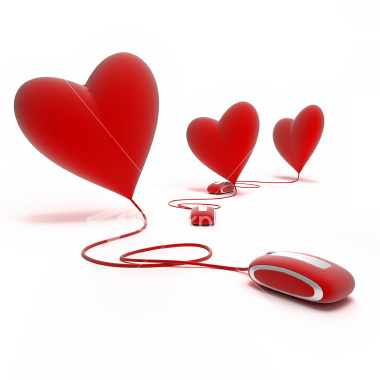 Let’s face it: our world has changed. The Internet has completely transformed our lives, improving it in some ways but complicating it in others. Social networks and social media have, in fact, changed the way we keep in touch with friends and make new ones, the way we spend our spare time, the way we share our thoughts and opinions and much much more. Riding the wave of success, new social networks and social media are blossoming every day, popping up like mushrooms in the Internet’s forest and making it harder for users to choose. The more there are, the more complicated and intricate their marketing strategies become as the ultimate goal of all social networks and media is to get users to register on their sites and not on those of the competitors.

That’s why we would like to take a closer look at the marketing strategies of some of the most popular social media and see how they integrate with social networks.

Badoo and Meetic, two of the most popular online dating sites, have taken advantage of the “senior” social networks to promote their projects and market their promotional campaigns. Visit their site and you will find links to their pages on Facebook, Twitter, Youtube and Flickr. Accounts and profiles on these social networks have become the sine qua non to reach the highest visibility level. We are definitely living in the age of social networks and Meetic and Badoo have utterly understood just how useful social media-social network integration may be. Both have realized that social networks are the best way to catch young users’ attention as each day the number of young people visiting social networks grows in bounds and leaps.

Meetic addresses an over-30 white-collar  target audience as its choices prove: warm female voices commenting commercials and videos which are sometimes shot by famous directors such as Gabriele Muccino. Good-looking next-door girls and guys appear on screen, making possible users believe they will find Mr. or Ms. Right on the web site.

But Badoo puts almost all its stakes on The Badoo Project in NYC:  as Badoo says, “The Badoo Project is a quest to help New Yorkers say a very personal ‘Hello’ to their city. It kicks off with a 3 day photoshootathon, where 4 hot photographers will undertake the ambitious task of capturing 1000 portraits of New Yorkers. Based on personality, energy and individuality, a final 24 will then get the chance to say ‘hello’ to the city. Every billboard, banner and media across New York will star one of their faces”. A very cool project indeed that tries to catch the attention of a younger audience that wants to have the greatest possible fun with the smallest possible commitment. These pictures have also been used in videos to show the site’s freshness and new features.

Match.com, another leading company in the online dating sector, uploads videos and commercials on a regular basis to advertise how successful their site is, showing happy couples that met on the site. Happy endings are always the best way to show potential members what they can get if they register on the site.

Let’s now take a look at the videos in question:

Although these videos might seem completely different they do have several aspects in common:

As we have already said, the target audience age of the three companies is not the same but this might change. People’s needs and trends change and marketing strategies and targets vary accordingly.

Certainly integration between social media for online dating and social networks is bound to strengthen in the future as it holds a lot of potential. We’d better keep our eyes wide open to see what their next move will be and where they will get us in the near future. 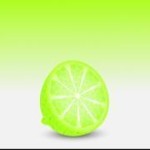 This article was written by Barry Cooke. Barry is a respected SEO and usability consultant who has been working in search and social media for over 15 years in a number of markets from online dating to finance and travel.