The internet plays a crucial role in connecting people over the globe and acts as a medium to share information in a secure manner. The security of information is one of the reasons that businesses involved the internet in their operations. The increased dependency on the internet revolutionized the world in many aspects which improved the quality and security of data and strengthened the grounds of privacy for the information owner. The Internet Privacy Act was one such implementation in relation to respecting the privacy of a user as privacy is the basic right of netizens. However, with recent revelations about information interception by many government agencies like the NSA, absolute privacy seem to be an illusion.

Edward Snowden, an ex-CIA employee and an ex-technical contractor at NSA, was recently charged with theft of government property, unauthorized communication of national defense information and willful communication of classified intelligence to an unauthorized person. The reason for the same is known to all of us; for revealing the “so-called” dark-side of  the National Security Agency (NSA) which was allegedly involved in spying on user’s data, approximately all over the globe.

The NSA and other agencies in collaboration with the NSA are said to have completely neglected the privacy of the users not only on the internet but also on other digital communication media like voice call and instant messaging by monitoring the content and other related information called as meta-data.

Snowden mentioned in an interview with German Magazine, Speigel Online, that many big global spying programs are supposedly acting with the intention to collect information flowing all over the web. Though the motive behind collecting the information is claimed to nullify the terrorist activities, it may still create an ambiguity about the privacy of a typical web user.

As published in one of the said documents, the NSA makes use of various signal channels to process data and also utilizes various databases to gather data. Databases like:

are reportedly utilized to measure the level of threat computed by the series of algorithms to de-crypt and peek into the data. Other than NSA activities, UK’s General Communications Headquarters are said to use a system, TEMPORA, to buffer internet content for up to three-days of traffic, as mentioned by Snowden in an interview with Speigel Online. Only time will tell if indeed the NSA has collaborated with these global agencies to monitor the global traffic flow which may eventually hurt user privacy. 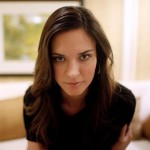