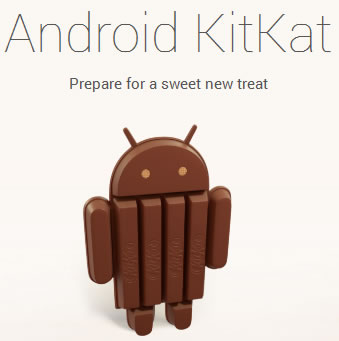 In a move that has taken most of the tech industry by surprise, Google has decided to team up with Swiss chocolatiers Nestle for the latest instalment of its Android operating system. Prior speculation had pegged the next Android update as Android Key Lime Pie, but it has now been confirmed that it will instead be called Android KitKat, after the famous Nestle chocolate bar. Neither company has yet released any information about the next Android update, although it appears that there will be extensive cross branding between the two companies. Nestle plans to sell over 50 million special edition KitKat bars in over 19 countries, which will not only feature the famous Android mascot on their wrappers but will also have various Google prizes available to be won in a Willy Wonka style hidden ticket promotion. Top prizes will include the flagship Nexus 7, with smaller prizes being offered through Google Play.

Nestle has published a spoof marketing page on its KitKat website likening the famous chocolate bar to a mobile device, boasting of its tricore CPU inspired wafer design, more comfortable “keys” (fingers) and “edge to edge display”. Google however, has yet to release any meaningful information about what the next Android update will have in store.

There is one little titbit of information that can be gleaned however, and that is that Android KitKat will be Android version 4.4 and not version 5 as was earlier anticipated. This means that Android KitKat is unlikely to feature any major new features or large scale design overhauls, and is more likely to offer minor performance tweaks and software updates.

This is the first time that Google has named one of its upgrades after an actual confectionary brand, rather than a generic dessert, but it is not the first time that a phone company has teamed up with a chocolatier to launch a chocolaty phone. Back in 2011, Japanese phone company NTT DoCoMo paired up with Q-pot to launch the chocolate inspired Q-pot Phone SH04D for Valentine’s day, which featured a melting chocolate segment motif. There is no indication that any upcoming Nexus phone will head down the same design route however.

The partnership between Google and Nestle does not appear to be much more than cross branding and marketing, with there being little likelihood of any specific Nestle features appearing on the next Android update. No money exchanged hands in the deal, according to sources from both companies, but there could be some potential marketing backlash resulting from the partnership. Both companies have had controversial policies which could adversely affect the other – Nestle with its promotion of powdered milk to breastfeeding mothers in developing countries, and Google with its tax avoidance and apparent disregard for user privacy.

Specific details or an exact release date for Android KitKat have yet to be announced, although a full product launch is expected at some point in October when it is likely that a number of new Nexus devices will also be unveiled. 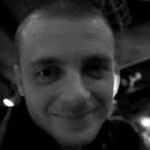 Archie Baldwin is an expert author who writes on a number of topics including technology, social media, money advice, and retail regulations. Archie writes for UK money saving community Suppose.com.