Smarts phones are shortening the distance between computer and cell phones. Several cell phone manufacturing brands are in a tough competition with each other in order to grab more from cell phone market than others. Time has already come to see those cell phones in the museum, which had used for text or speaking purposes only. Smart phones are getting more powerful than ever. The rise of the smart phone demand has increased so exponentially, which have made many computer manufacturers put their effort and attention on this. Apple, Asus, Dell, and Toshiba are some manufacturers with the same approach. Toshiba Windows Phone IS12T is such a smart phone, which can change you concept about using smart phones. Toshiba is not very regular as a smart phone manufacturer yet this windows phone IS12T from Toshiba will bring everything to life which can make many smart phone users change their loyalty from other manufacturers.

This 113 gram weight smart phone comes with 3.7 inches touch screen, which is TFT capacitive. Toshiba has designed this smart phone to work under both GSM and CDMA protocol. This smart phone supports 2G network for both CDMA and GSM protocol. Users can also enjoy the facility of 3G network, which has limited only to CDMA network. 252 pixels per inch with 16 million colors will let its users get a clear screen resolution. Smart phone manufacturers have tough competition with each other in different fronts. Operating system of the smart phone is one of them. Internet giant Google had altered many predictions of other operating systems, namely windows mobile OS, Symbian OS, Palm OS and few others. It was android OS, which took Google’s venture on smart phone industry to a different height. Windows mobile OS is now trying to retrieve its previous dominance in the market. Toshiba Windows Phone IS12T has Microsoft Windows Phone 7.5 mango operating system. This operating system will let its user get smooth and faster user experience than version of windows mobile OS. This smart looking smart phone will come with 1 GHz power of scorpion CPU and Qualcomm MSM8655 snapdragon chipset. You can get almost every connecting facility through built-in GPRS, Wi-Fi, Bluetooth and USB adapter with this device.

13.2 megapixel autofocus camera of this device will help you to taste the experience of professional photography. Integrated LED flash will also help you to take snaps without sufficient light. Video quality of this device is good enough, compared with other smart phones. With its Geo tagging facility, you can easily tag the geographical information about any image. 32 GB memory will come as the internal storage of this device. Users can use and utilize around 28 GB of space from there. This device has strong water resistance capacity. You can browse anywhere over the Internet by using the HTML browser of Toshiba Windows Phone IS12T. Document viewer, document editor and organizer inside this device will make your life easier than ever. You will be able to play almost every multimedia file extension with this device. With almost 280 hours of standby time and 7 days talk time; you can consider this phone as your regular communication gadget with many other features. 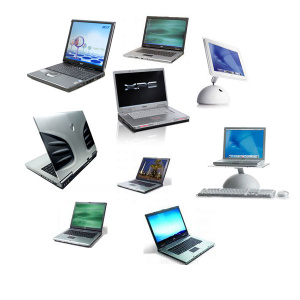 College Laptops That Are Making The Grade!

Years ago, students did not have laptops to help with their college studies, today, there are only a few students without them. It is...

What To Expect From Smart Phones In 2012

There is no doubt that smart phones are evolving at a rapid pace. What seems to be new technology one minute is old news...

Toshiba Laptops aren’t always on target, but you can definitely count on the company to always put forth an effort. Once in a while...

The battle between tablet computers seem to be getting hotter with Research in Motion’s (manufacturers of Blackberry smartphones) PlayBook tablet set to take on...