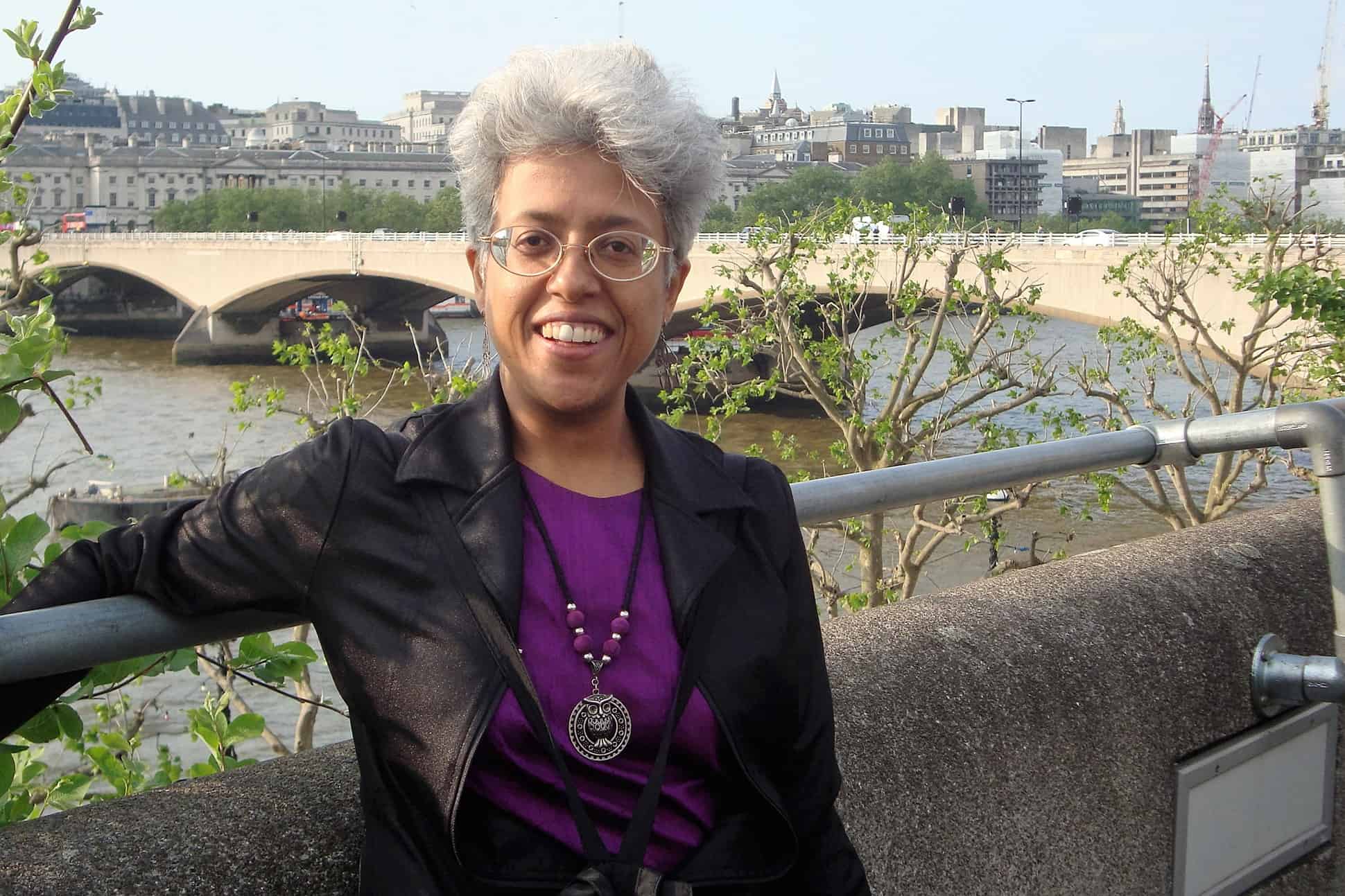 Cancer research is constantly advancing, but as we’re about to see, it can take years for a potentially groundbreaking treatment to be approved for real-world use. For the average person, it could seem that cancer therapies have been stagnant in recent years, but that’s simply not the case.

For many years, she’s been researching and contributing to novel therapies for the nervous system, and colorectal, and lung cancers. Some of her most notable work, which we’ll be focusing on today, has been her identification of a crucial biomarker that has led to a type of lung cancer treatment suitable for certain patients for whom chemoradiation has been ineffective.

This biomarker discovery spurred extensive research around the world, and it’s now believed that this particular biomarker could also be relevant to several other cancers that are notoriously difficult to treat.

We’ll start with a straightforward explanation of biomarkers and their utility in cancer research, then elaborate on the process Dr. Chatterjee has undergone to translate these findings to real-world treatment.

Biomarkers have several important uses, such as identifying patients who would be suitable for clinical trials, tracking response to various treatments, predicting therapeutic outcomes, and assessing patient risk for specific diseases and the safety of different therapies for each patient.

There are also different types of biomarkers. Positive biopsy specimens allow medical professionals to detect tumors. Molecular biomarkers, on the other hand, can identify changes at the genetic level, which can then be targeted with drugs.

Unfortunately, the effectiveness of any given treatment is heavily dependent on the genetic and molecular makeup of each patient.

However, biomarkers can support precision medicine, which is a treatment approach that penalizes prevention tactics, diagnosis, and therapy based on the patient’s genes and proteins, among other factors. Without biomarkers, this approach wouldn’t be possible.

This is where we come to Dr. Chatterjee’s work in the area.

“I identified biomarkers that could potentially be used to stratify lung cancer patients into individual cohorts who would respond to therapies for specific targets. With my colleagues, I discovered that a group of patients with advanced lung cancer have abnormal blood vessels. I also found that those patients could benefit from a treatment regimen that would first cut off the blood flow to stop the supply of nutrients and oxygen to the tumor and then destroy the weakened cancer cells.”

The blood vessel-based biomarker could be used to screen lung cancer patients to determine whether they would benefit from this treatment.

But the discovery of this biomarker was far from the last step. Dr. Chatterjee then validated a tool that showed how this biomarker could be implemented in hospitals, both for screening lung cancer patients and monitoring response to therapy.

A minimally invasive imaging tool can monitor changes in blood flow to the cancerous tumor throughout treatment, and this serves as a biomarker for response to treatment.

But how long did this discovery take? Much longer than you’d think.

In contrast to this simplified summary of Dr. Chatterjee’s research, the entire process took over three years to go from the initial concept to the publication of findings.

Throughout this time, Dr. Chatterjee was working on two biomarker projects simultaneously. The first project was about identifying the abnormal blood vessel-based biomarker in lung cancer patients, while the second project focused on developing a tool that could help select patients for specific therapies and, following selection, monitor the patient’s responses to those therapies.

The therapies themselves consisted of two stages: cutting off the blood supply to the tumor and subsequently killing the now-starving cancer cells.

Though these projects worked in tandem with each other, it was no small feat to manage simultaneous research. Even following the publication of this research, there’s still a long road to the real-world implementation of these findings.

From Research to the Real world

One of the reasons why the layperson might get the impression that cancer research is slow-moving is that discoveries and treatments need to undergo years’ worth of rigorous testing and analysis before they can be offered to patients.

Dr. Chatterjee noted that only 5 of every 5,000 drugs that make it to preclinical testing then progress to human testing.

Getting a new drug approved can take between 10 and 15 years and can cost anywhere from $1 to $2 billion, and there’s always a chance that a drug will fail to be approved in the final stages of the process.

Meanwhile, patients are waiting for new, effective treatments.  Between the time when treatments surface and then officially approved, leading scientists work hard behind the scenes to make sure that treatments are safe and that they do exactly what they’re supposed to do, with minimal side effects.

These scientists understand that the stakes are life or death.

“Scientists like myself are always challenged to develop innovative approaches that have the potential to accelerate drug discovery while reducing the chances of failure. The discovery of this biomarker has allowed for better use for angiogenesis-based drugs and for the development of a rational combination of treatments to improve survival in patients who qualify to receive such therapies.”

So how are Dr. Chatterjee’s findings faring in clinical trials so far? Two clinical trials have been completed in Germany, evaluating the predictive and prognostic value of the discovered biomarker.

If this treatment method and others like it become commonplace, there will be positive ripple effects for both cancer research and treatment.

“Preselecting patients and personalizing treatments for such patients using biomarkers provide a tremendous clinical utility that can save lives and reduce the exploding costs of cancer treatment, drug discovery, and clinical trials around the globe.”

As Dr. Chatterjee’s findings continue to undergo testing, she plans to continue her work in biomarker research. “Cancer is a complex and very diverse disease. It is highly unlikely that one biomarker will be enough to provide enough insights into disease status, response to therapy, adverse events, etc., which makes biomarker discovery and validation an ongoing process.”

Dr. Chatterjee is also currently working with Takeda as the clinical biomarker lead on the first and only oral therapy designed to specifically treat a dangerous lung cancer citation. This therapy was granted accelerated FDA approval last year.

Alongside her team, Dr. Chatterjee is looking for ways to use circulating tumor DNA as a biomarker of treatment response.

“We recently presented our findings to the American Society for Clinical Oncology and the European Society for Medical Oncology, where the data was very well received and sparked a great discussion within the medical community.”

Dr. Chatterjee’s work in biomarker cancer research also led to her being named one of the Commonwealth Institute of Massachusetts’ Extraordinary Women Advancing Healthcare. When we asked Dr. Chatterjee about the award, she turned her attention to the teams she’s worked with through the years.

“While I am thankful to The Commonwealth Institute of Massachusetts for selecting me as a recipient, I would like to acknowledge the truly talented and dedicated research colleagues, medical team, and other members of the healthcare community that I’ve been fortunate to work with over the past decade with a common goal: finding a cure for cancer.”

So many of us have been affected by cancer, either directly or indirectly, and until our collective understanding of cancer prevention fully evolves, many of us may have to face difficult treatment decisions at some point in the future.

Dr. Chatterjee told us that, even in the most difficult moments of her work, she continues to draw inspiration from the millions of patients and their families all around the world who are currently fighting cancer in some form. Some recover, but many lose the fight.

Dr. Chatterjee stays focused on that one, central goal: to help more people effectively fight cancer and go on to live healthy, fulfilling lives, unburdened by the physical, psychological, and financial stress of cancer.

“This award is a testimony to the work I have been doing to find cures for cancer, but it’s also a reminder for me to never lose sight of the big picture, which is to remain humble and continue the fight against cancer, along with the patients and their families. We can only win this fight together.”

Image via Wikipedia Researchers in Keele University have highlighted the top eight unexplained symptoms that are most closely linked to cancer. The study, which...