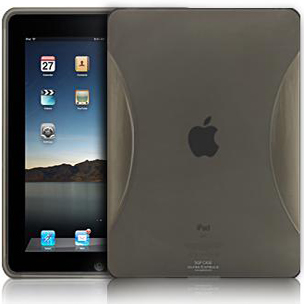 iPads have literally taken the world by a storm. Everyone is talking about iPads everywhere. As more and more people have come to understand its potential, a huge shift in the market is observable. Technology does not have a summit. If today there is something which we fell is futuristic, soon there will be something else that outdates this too.

Apple has been a pioneering company in giving us state-of-the-art technologies. Their iPads have sensationalized the industry like never before. What’s more, iPad application developers have started to create iPad apps that solve every imaginable need of the customers. If there is a need, there is an iPad app for it. If there isn’t a need, well, there can be an iPad app which will soon become popular and eventually become the need of the people.

The various types of iPad apps are:

Initially, there was nothing more convenient that a laptop. It was portable and therefor enabled action on the go. However, its slightly bulky size made it cumbersome to carry it all over the place. People began to realize, that they could more or less accomplish everything that a laptop could help them do, with a Smartphone as well. SO on the go business became dependent on the Smartphones.

However, the tiny screen size often made it really difficult to conduct important and intricate work through the Smartphone. This is where the need for an in-between device arose. The iPad was perfect to cater to these requirements. It had a good screen size and was not too bulky. Its sleek design, stylish body and a great user-friendly interface made it the most popular choice of the people.

Having said this, a big switch was observable, where more and more people were moving away from their desktops and becoming dependant on tablets PCs.

Desktops can be really difficult to handle since they limit your usage to a particular place. It has many other limitations too. The tablet was the ultimate answer for overcoming these limitations.

iPads can be used for business in two major ways:

Many developers have created iPad apps that enable one to streamline business processes. You can easily access data while on the go. You can submit or receive documents and reports easily without being confined to a location. Also there are apps that help you maintain inventory, sales records, daily punch-in, tasks and other such. Many companies customize their iPad apps to solve their particular requirements like publishing notices and memos, highlighting daily tasks, or instant messaging between the company employees.

The popularity of tablets is hardly left to the imagination. We know that a huge section of the population is heavily dependent on the iPads for a number of activities. This can be used to leverage the numbers. One can reach a huge audience base, by simply creating an app and making it available in the iTunes store. Of course the success of this kind of a campaign depends entirely on the quality of the app that you have made or how customized is your app such that it appeals to your customers.

Get over the nightmares that the desktop has been giving you. It’s time to move with the world; otherwise you will be left behind. Leverage the benefits of the iPad and beat your competition! 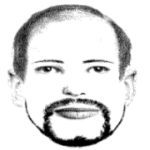