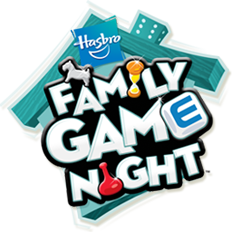 Although you already have a variety of devices in your house that you can play games on — computers, cell phones, TVs — there often comes a time when a family wants to try something a little more immersive. This guide will help you navigate the store aisles and choose a system that’s right for you and your family.

Video game systems are tailored to delivering video game experiences first and foremost, rather than as a by product of other functions. This means that you know you are playing the game as it was intended by the developer and that there is a lot less fiddling or confusion to get the games running.

The first choice you’ll approach is whether to buy a handheld system (a portable device with a built-in screen and battery) or a home console (one that requires a TV and some space in front of it). A handheld system can be a good place to start as it is less invasive in the home, although it can be harder to keep track of how much use it is getting because it’s not tied to one location. On the other hand, a home console will offer more impressive graphics and sounds, and will have games that are easier to play with other members of the family.

With a home console, where price is the driving factor, ensure you calculate in the cost of the number of controllers you require for each member of your family, as well as any extra kits you might need. Other costs to consider are the games, protective cases and an Internet connection for playing online. You can reduce the price further by opting for outdated hardware that has been superseded — this also reduces the cost of games although availability can be an issue for very old systems.

This console offers excellent online features (including cooperative and competitive online play) as well as the latest graphics and games catalogue. Although renowned for shooting and more hardcore games, the 360 also has a wide catalog of games for more casual players. The Kinect controller-camera (purchased separately) enables you to play by just moving your body, and the Xbox Live Arcade (or XBLA) service provides cheap games available for direct download.

This offers the latest graphics and games catalog. In addition to the more hardcore games, the PS3 also offers different titles for family players. Its Move controllers (purchased separately) enable you to control games by motion alone. A PlayStation 2 is a cheaper alternative that still has an impressive range of games available both new and second-hand, but the PS2 is not compatible with the Move controllers.

The Wii’s graphics aren’t quite as good as the PlayStation 3 or Xbox 360, but what it lack in graphics it more than makes up for in interactive play as its game library focuses on motion controlled party and sports games. This is typically aimed at more casual players but it does offer a range of more serious games as well.

The DS offers touch screen controls and a very large range of games. The original DS and DS Lite can both support older (and cheaper) Game Boy Advance games, too. The DSi cannot run these GBA cartridges but offers a game download service starting at a few dollars per game.

The 3DS offers a new 3D screen and improved graphics over the regular DS. It can also run all the DS games, although, like the DSi, it cannot support GBA cartridges. It provides an eShop that enables you to download old and new games starting at a few dollars.

The PSP offers better graphics and more specialist shooting and fighting games for a handheld system. The PSP Go system (that used to run downloaded versions of games) was recently withdrawn and might be found at a lower price as a result. 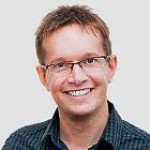 This article has been written by Andy Robertson, an expert in family video games who writes regularly about video games for JoeShopping.com and runs the Game People community.