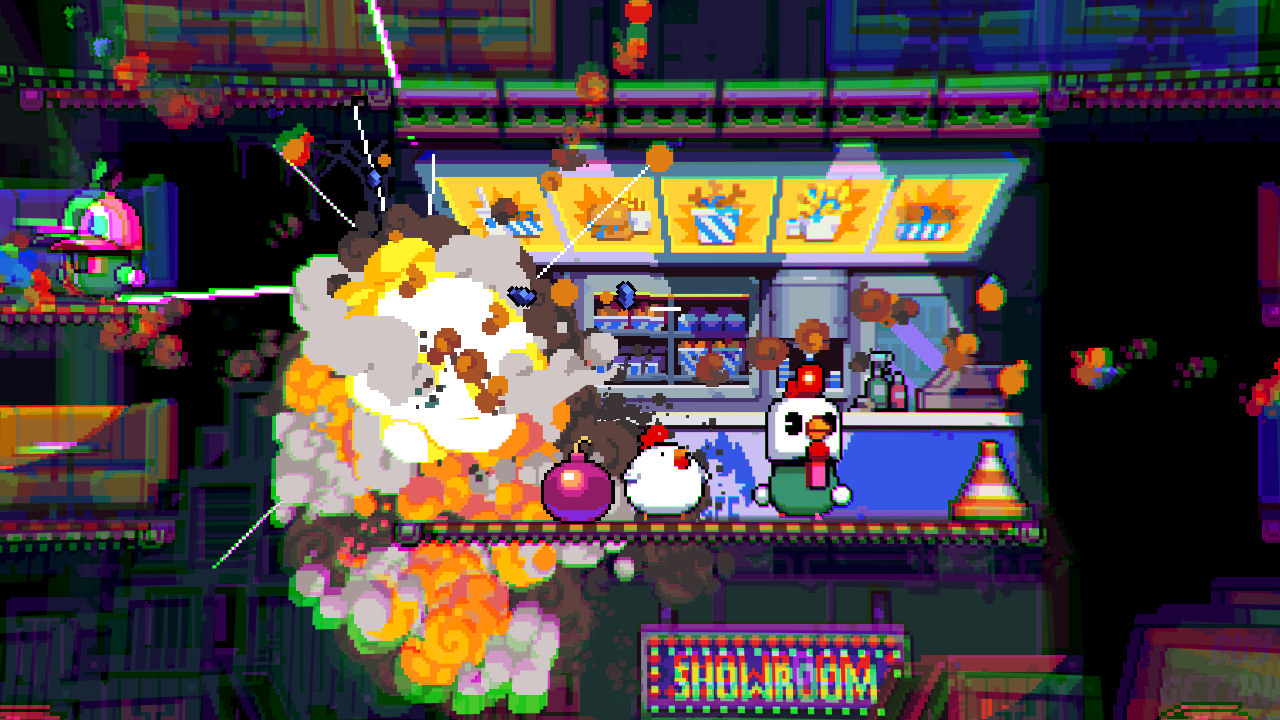 From the staples of Nitrome comes a vibrant, exploration  retro-style platformer, Bomb Chicken. Launched on the Nintendo Switch on 12 July in Europe and America, Bomb chicken is an explosive puzzle game which mainly features a Chicken that can lay multiple bombs at a time with the aid of chip music and a jingle like beat ticking off in the background.

Following a freak accident, our hero, an ordinary battery Chicken caught in the system of the fast food industry is bestowed super bomb-laying abilities … and a thirst for revenge! Hitting back at ‘BFC” his evil fast-food overlords, Bomb chicken must make good use of his new talents and fry the bad guys with his newfound avian arsenal.

Players will be able to lay, bounce, and kick bombs in their quest to discover the darkest kept secret of BFC; their best-selling addictive blue hot sauce! Lay stacks of explosives, create barricades and ruffle some feathers to bring down BFC and make your fellow feathered friends truly free-range! 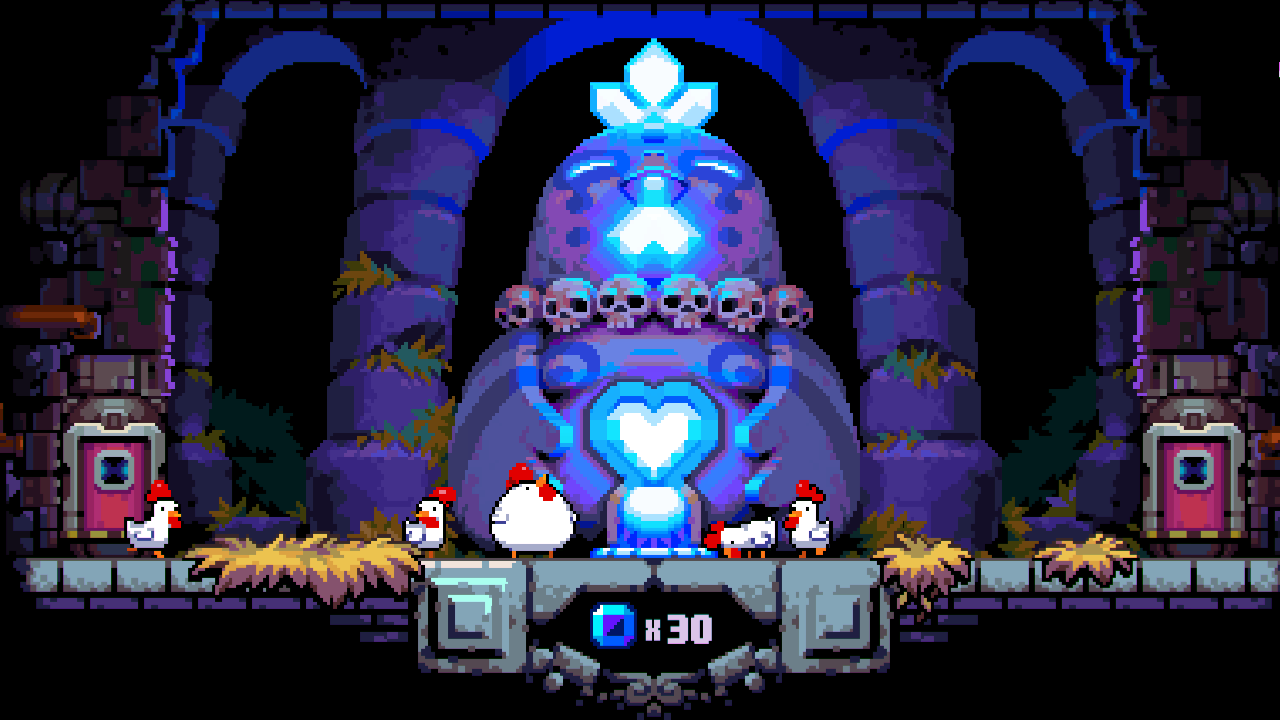 The central theme of the Bomb Chicken is the Chicken, bomb, the small enemies, and the giant enemy. The battery Chicken makes the bomb by laying them and stacking them up performing several moves such as the shield, climb, roll and burn. It uses its superb bomb-laying abilities to protect its self and advance from one level to the other by generally kicking bombs in the direction of its enemies or simply using it as a barrier in its bid to neutralise any threat.

In addition, the Chicken can utilize other defense mechanisms such as jumping on the enemy to kill them and jumping hurdles such as the fire pit whilst trying to shield itself from harm’s way littered with snipers, shooting from various hiding positions. After defeating the small enemy, the chicken will face a bigger giant enemy which will be more dreadful than the small enemy. To overcome what is a more challenging enemy, the only viable option is to make huge bombs.

Bomb chicken was initially slated to be played on a mobile platform but was later shifted to the web platform. It has since been gaining more popularity among web users. The game gained so much clout within its short period of development. It went as far as making the top 100 stream game light.

“Created by the award-winning Nitrome team, Bomb Chicken features a wealth of gorgeous secret areas to discover, super simple controls, vibrant pixel-style gameplay, and delicious retro visuals that will leave you poached, scrambled, and fried.” What particularly stands out is the retro look and feel which, like the earlier classic games of old, allows it to present itself as a simple game with relative ease of use especially to the first time user. 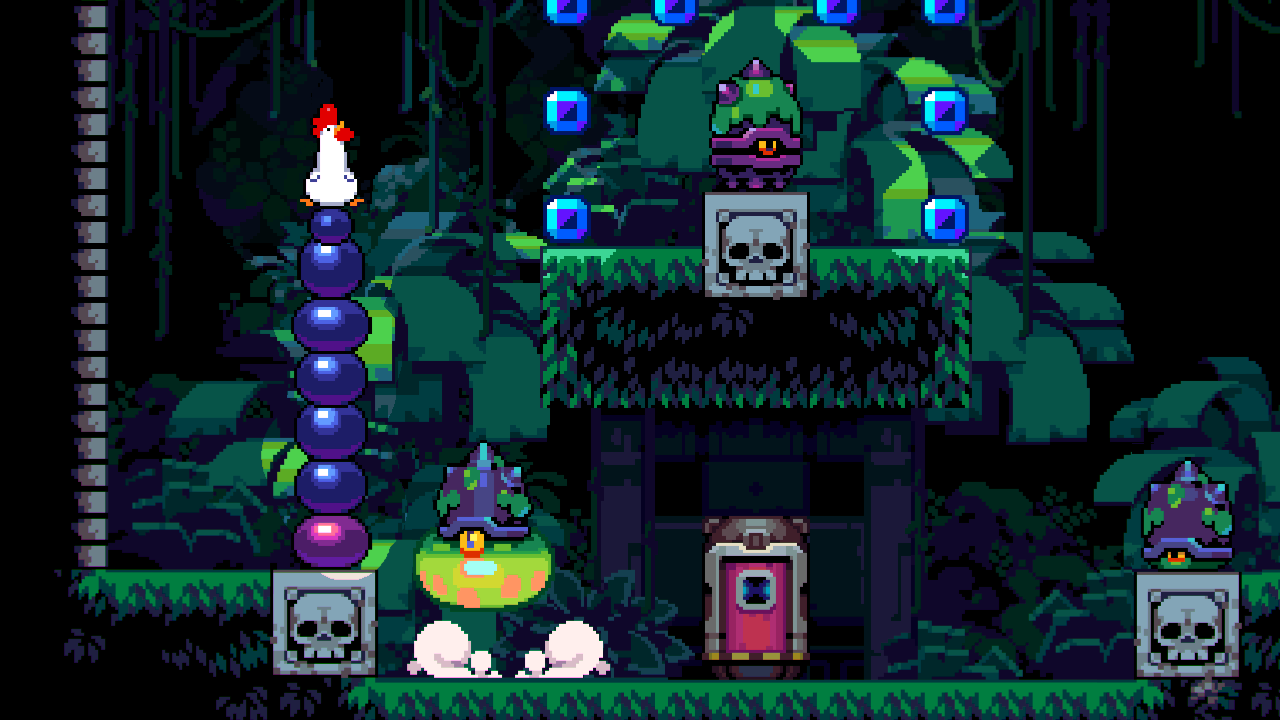 In addition, because the storyline and control mechanisms are not overly complicated, both young and older players are bound to enjoy playing it. However, we found the fact that it is a single-player game a little disappointing as it will be more enjoyable should there be a way to get the whole family involved. Likewise, after the first couple of levels, it could become a little more challenging for the non-avid gamer. This does not take anything away from what is a simple, yet very enjoyable game. You can find games like this and more at sites like https://theoldschoolgamevault.com/

In this article:bomb chicken, Hot Topic