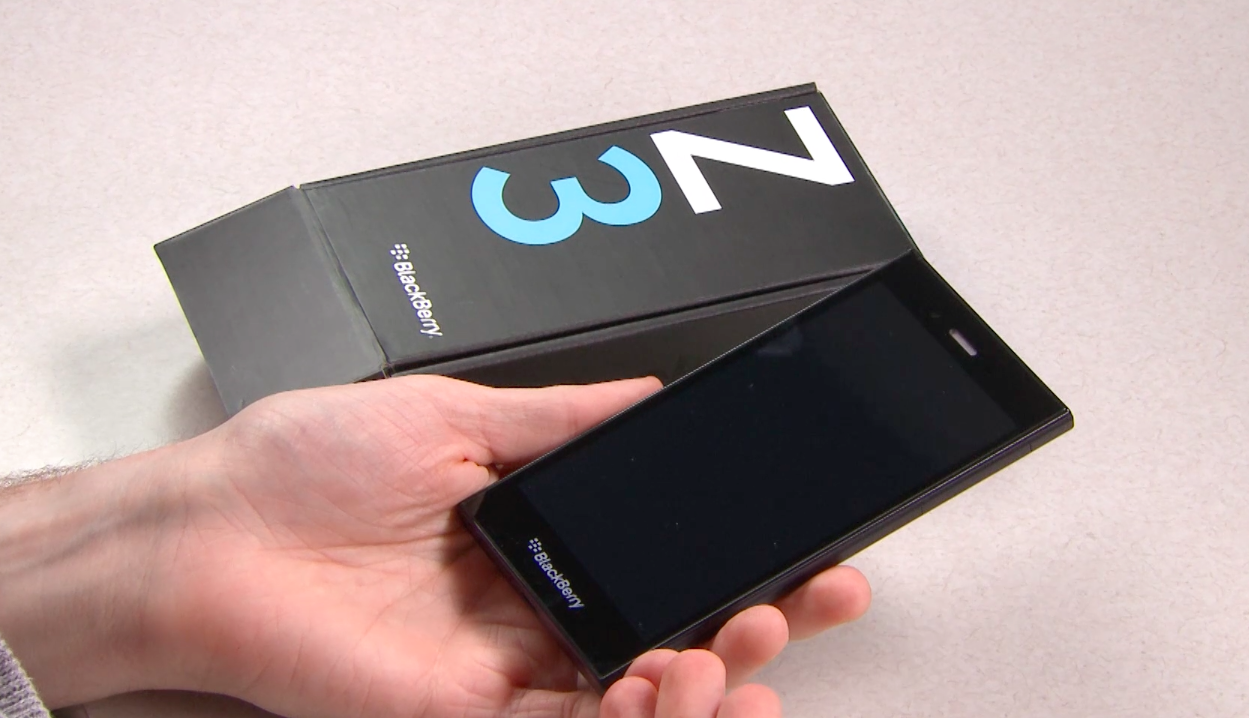 Blackberry Z3 is the first touch-based Smartphone which was released by Blackberry in association with Foxconn. This Smartphone mainly targets those people from the middle class background who want a basic handset. The USP of this phone is its highly advanced build and overall assembly along with the v 10 software which works well with most Android apps. Apart from these major USP’s this Smartphone has other important technical specifications too. So let us also look in depth of blackberry z3 specifications in the review that follows. Let us also analyse the various advantages and disadvantages of this Smartphone too.

The Mobile comes with a fully moulded plastic body which has highly defined corners and fully curved edges. This phone is quite slippery to hold without any protective casing. The look of the smartphone is quite unique and it almost gives it a premium finish. The length of this device is 140 mm, while its breadth is around 72.8 mm. The thickness of the phone is pretty high, around 9.3 mm. This gives the phone a bulky appearance. This phone comes with a capacitive touch screen with 16 M colours. The size of the display is around 5.0 inches with an approximate screen to body ratio of 68 %. The maximum resolution of the screen is 540 x 960 pixels. It comes with a very good multi touch interface too. The pixel density of the screen is around 220 ppi. The one major unique feature of Blackberry is that it comes only in one colour suggestive from its name. This smartphone is available only in Black.

It comes with the Blackberry OS in terms of software for the phone. The OS is of v 10.2.1 and is upgradable to v 10.3.1 later. The chipset used in this phone is a Qualcomm MSM8230 type. It is of the Snapdragon 400 brand. The central processing is taken care by the Dual core Krait 200 CPU. This CPU has a clock speed of 1.2 GHz. The graphics interface is taken care by the Adreno 305 GPU. This smartphone comes with an internal storage capacity of only a basic 8 GB. Hence to manage the additional storage required by heavy users, this smartphone comes with the option of being able to externally expand the memory capacity using a microSD card. The external memory can be expanded up to a max of 128 GB. There is a solely dedicated slot for the external micro SD card. The RAM memory is 1.5 GB only. This low RAM memory can sometimes result in a slight lag in performance.

The smartphone comes with a dual camera feature. The main camera is 5 MP and comes with auto focus option. It allows a maximum digital zoom of 5x times. The other additional features to support the main camera in obtaining better quality pictures are flash, image stabilisation and continuous and touch to focus. The front camera though is just 1.1 MP and captures pictures of very low quality. It only has a fixed focus feature and hence manually the focus cannot be controlled. The image formats that this smartphone supports are BMP, GIF, JPG, PNG, SGI, SVG, TIFF, TSG and WBMP. The audio in this phone is below average with the standard audio jack for headphones.  It comes with a fully functional FM Radio. The audio formats it supports are MP3, MP4, 3GP, 3GP2, AAC, AVI, FLAC, M4A, M4V,  MOV, WAV, WMA, WMV and MPEG – 4. The videos recorded using this phone is done by the main camera majorly. Even the front camera front camera can be used too. The main camera records with a resolution of 1080 p HD while the front camera can record only with a resolution of 720 p.

The smartphone contains a non – removable Li – Ion battery. It comes with a capacity of 2500mAh. It has a max standby time of up to 384 h and a talk time of 15 h. It can last up to 84 h during a music playback. The device comes with only one sim slot. The sim has to be of micro sim size. It is compatible only with GSM network. It works well with both 2G and 3G modes. It does not have compatibility with 4G. It also has the basic wireless connectivity features like Wi-Fi and Bluetooth.

Blackberry Z3 has good features like amazing build quality with classy look and feel, high end software and reasonable cost. The negatives of the phone are its touch is a bit unsmooth, bad camera and low RAM.

Aashish Sharma is an Internet Research Analyst and an aspiring social media marketer. He possesses hands-on experience in optimizing and promoting websites on leading search engines and web media. His passion is to keep updated with what masters of the internet such as Google, Yahoo, Twitter, Facebook etc. are up to innovate & deliver. At EntrepreneurYork, he aims to be a part of most active online community and most widely-read blogs on the web, covering the insights of EntrepreneurYork Magazine that will help in preparing the leaders of tomorrow.