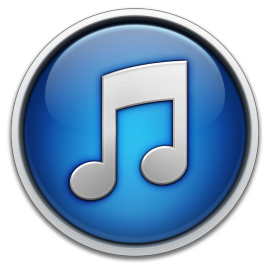 According to industry analysts in the field of technology and consumer electronics, one of the major reasons why Apple’s reign in the gadget world continues is because of the veritable treasure trove of apps and media that it warehouses within its App Store. This collection of apps, music, videos, movies, podcasts, books, and more is the lifeline of mobile iOS-run products. According to researchers and market analysts, Apple could withstand a 5-year siege on their mobile and tablet throne from Android gadgetry thanks their sales and dominance through the iTunes store.

As one of Apple’s most successful innovations, iTunes is among the most highly-downloaded media and software programs online. The program itself is free, downloadable from the Apple website. It is a media player and a media library at the same time, as well as a portal to the App store where users could buy songs, videos, books, apps, and more; all of which can be used exclusively on Apple products.

It was originally a Mac OS-9-only app, and when it moved to Mac OSX, iPod support was included. This began the series of developments that ultimately turned iTunes into something more than a media player: it organized the content in iPods, iPhones, and the laptop and desktop computers like the iMac and the Macbook Air.

iTunes has, like everything Apple has made, undergone some major redesigns and overhauls. But iTunes 11 is, according to casual users and veteran tech geeks, one of its biggest and most highly developed overhauls yet. Perhaps it’s the fact that Android is encroaching upon Apple’s territory that’s making them beef up the features in their trading hub; but whatever the reasons are, there are a lot of new things to look forward to in iTunes 11.

As iTunes continues to develop, Apple proves that its “closed” approach to media and content for their devices is being safeguarded by excellent and reliable software that is constantly evolving to improve the experience for their users.

In this article:Apple, iTunes, Technology