Every year Apple holds the Worldwide Developers Conference (WWDC) in California in order to expose developers to the new technology the company is working on. This is an opportunity for those in the software development field to see and prepare for what’s just around the corner and it gives Apple the benefit of outside professional feedback. The announcement from the 2012 WWDC that created the biggest stir in the tech community was that Apple is going to deeply integrate Facebook into its latest operating system iOS 6.

This change would allow a single sign-in by the user, similar to their high speed internet providers login, giving them the ability to access the Facebook functionality between many different apps. A Facebook calendar could be synched with the iPhone or iPad calendar of events, posts and likes could be made outside of the safari browser, and the two formats could share a single contact list. iTunes users will be able to like songs directly from the iTunes interface, and also be made aware of songs that were liked by members of their friends list. These activities don’t necessarily need to be initiated from the mobile device either. Information can be pushed from Facebook to the user giving a new level of control and integration.

Although Apple clearly wants to pull in new customers by creating a direct relationship with Facebook that goes well beyond a single app, this is a huge win for the newly public social media giant. For Facebook this could mean significant improvements in all areas of advertising.  Customers can be better targeted with relevant goods and services due to new information that will be made available, and new advertising opportunities may become available due to increased user exposure. As long as Apple users are having a better Facebook experience they might overlook a slight increase in advertising. The experience better be really good though or backlash will likely occur.

Although Google would appear to be bullet proof due to a 65.9% share of the U.S search market, this could hamper the growth of the Google+ social media offering.  More eyes on Facebook would generally indicate fewer on Google+ and this could lead to a shift in advertising spending.  Add to this the potential that Facebook could better target consumers then advertisers would get more bang for their buck.  If a company offers advertisers a way to directly market to consumers on their mobile devices in a way that doesn’t make them angry then the ad revenue will pour in.

So does this mean we may see an Android OS in the near future that integrates seamlessly with Google+? This is not likely for the simple fact that while Google clearly owns the search market, Google+ is getting killed by Facebook.  It is not in Google’s best interest to try and move further away from Facebook especially now that the iOS 6 is fully embracing it. Android is not positioned to be a platform in which Google+ can fight Facebook directly, and since advertising revenue is the lifeblood of Google excluding 500 million customers is not the right move. 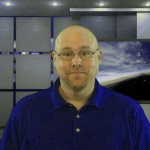 Jon T. Norwood has over 15 years experience in marketing emerging technology and is a regular contributor at High Speed Internet Service.