If forced to hazard a guess, most people could tell that fintech stands for financial technologies. What’s a little harder to discern is what those words mean together. By definition, fintech is any technology developed and used in the financial industry. Mint is a pretty good example of one fintech company. It also happens to be one of the most popular fintech businesses, with over 15 million users worldwide. But Mint and other personal finance apps aren’t the only examples of this emerging industry. Far from it. Increasingly, fintech represents radical technologies meant to disrupt traditional financial services.

What are traditional financial services?

Financial services, like high-interest savings accounts and mutual funds, are offered by banks, precluding an arrangement with these financial institutions. While most people in the developing world have a checking and savings account with their bank, a growing number of the population doesn’t. These people, otherwise known as the unbanked, are incapable of securing an account because they don’t meet bank’s criteria for an account.

What it means to be unbanked

In America, roughly 15.6 million people are unbanked, meaning they don’t have a single account with any bank. Without an account, the unbaked relies primarily on cash to make purchases and other investments since they’re excluded from online banking and mobile transfers via traditional methods. Without intervention, this small portion of the population will struggle to exist in an increasingly cashless economy.

What is fintech doing to help?

The fintech industry is developing ways to empower this under-represented population.Many of the biggest brands spearheading this new tech are multi-national brick-and-mortar retail companies, like Walmart and 7 Eleven. They’re some of the largest corporations offering the unbanked opportunities to convert their cash into credit card gift cards and other digital currencies.

What about the underbanked?

The underbanked amount to another 21 million in the States. Unlike the unbanked, this group does have at least one checking or savings accounts. Despite their account with a bank, they often look to alternatives sources for cash advances and personal loans. Some of these sources, like the online direct lender MoneyKey, promise an uncomplicated alternative to the traditional borrowing experience, offering quick and convenient loans online. Conventional sources are often slow to help this portion of the population, making direct lenders the only way people can pay important bills on time.

While mobile payments for the unbanked and financial assistant for underbanked are two fundamental focuses of the fintech industry, it’s not the only ones. Fintech represents a variety of financial services, many of which intend to disrupt the control traditional financial institutions have over its costumers. In offering alternatives to conventional services, fintech startups challenge the financial industry to change. As the avantgard, fintech paves a new way. The only way for the conventional financial giants to catch up is to start offering some of the same services these startups provide. How and when they do remains to be seen, but there’s no doubt the fintech industry is disrupting the stronghold these services have on the public. 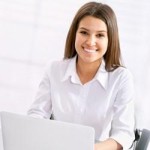