In March 2016, Apple CEO Tim Cook announced that the company had sold over 700 million iPhones, although there is no recently released data of where iPhone sales are at in 2018, a common estimate is that 800 million units are in the hands of loyal owners.

The popularity of mobile gadgets has never been higher and not hit its peak. It has created some mesmerizing facts about Apple and Google. In conjunction with this, mobile app development is moving in all directions both for personal and corporate innovations and solutions. There has never been more scope or variety in the marketplace, from fitness apps to dating, in your area.

Currently, iOS and Android are the leading platforms for coders.  Eight years on the market has gone by fast, by now we know how to use them, but what do we know about the inner workings and processes, but more importantly the differences between Android and iOS development?

Here we look to make a comparison of iOS vs Android Development, here we look to debunk some common statements that may not be as accurate as we thought and not to be taken at face value.

Reality: Sorry to say, but it isn’t.

Android application development uses Java as it’s language, whereas the iOS language application is released on Swift; having appeared in 2014, is the newest of all methods for iPhone application creation.

As with all technology trends, the newer the system/software is, the faster it works. The same applies in the application world where Swift developers need to write less code, and when Java is involved, it is likely for apps to appear faster than coding.

Now, with Android launching the Kotlin language, the situation soon might change as among Kotlin’s benefits are better performance, modernity and technical advancement. Also, Kotlin is closely looked at by Google as a primary tool for Android.

The pair is not only divided by the language, Android and iOS integrated development environments differ. Android developers now use Android Studio, and the i-tech programmers use Xcode.

In this comparison Android Studio is a clear winner, with its built-in background compilation it highlights issues quickly, however, in contrast, Xcode needs an explicit build stage.

Outside of that, both have similar functions and are free (excluding the yearly App store fee for submitting your product).

Design for Android is less sophisticated than for IOS

Both the organizations have what’s called the Holy Guidelines, which the iOS and Android custom app concepts are created. Also, Google has introduced a course on Material design; it is an innovative stream you follow but leaves room for innovation.

The platforms do have some things in common such as simple visuals, no more than five switches on the navigation bar and minimalistic approach.

The big difference is Apple does not dictate rules, and they provide recommendations to make your interface intuitive.  Google Play Guidelines are strict; that’s why most graphic designers like the Apple approach.

Google Play turns a blind eye to small imperfections. The App Store does not

Reality: There is more to it.

This comes from a larger percentage of rejects from the App Store than Google Play as it provides more space for the developer.

Reality: The reality is, they couldn’t be any different.

Although you shouldn’t paint everyone with the same brush, years of research and number crunching has resulted in two very different dynamics.

Case studies suggest typical Apple purchasers are US and Europe based, male, college educated and younger, likely to spend money on Apps and in-app purchases.

Android users tend to be older and a more global marketplace but a large percentage being in developing countries, school diploma level, lower income bracket, leading to a conclusion that they are likely to spend less on the Google Play market.

Monetization models work the same for both mobile platforms

Reality: This is not the case.

iPhone owners do not like advertisements with the app, where Android users tend not to notice too much so:

iOS in-app: The best applicable models would be freemium or premium.

Android: Freemium and in-app ads would be the highest money generating

IoS vs. Android – the development cost is less

Reality: There is some truth to this.

Android development is well known to be time-consuming writing code on Java/Kotlin compared to Swift.

In the industry, it’s fair to say that more time-consuming almost always means more expensive, do not be surprised that the same application for Android will cost around 30% more than iOS. Segmentation is only present with THE Android operating system, so this increases the testing hours and leads to the number of potential bugs that need fixing to increase and therefore leads to longer development time.

The main difference between the two is development.

As the product owner, you get to decide which platform appeals to you and your budget. A well-known fact is that the majority of start-ups go with iOS at the beginning, as quite simply it requires less time and resources. Though there is a gap in the market for Google Play, always make sure to keep up with the latest news and trends as this market constantly moves at a high speed. 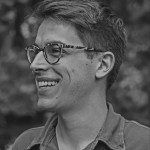 James Row is a passionate blogger and professional software developer, who started his career in mobile app development Melbourne, has a love for informative writing, and looks to keep you up to date with the latest information about the industry.

To date, Uber remains a giant in the transportation industry by not only providing ride-hailing services but also through other innovations like carpooling, ride-sharing...