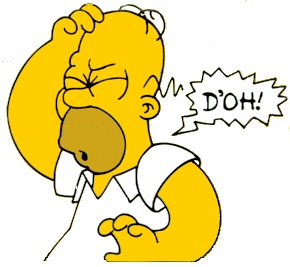 Unfortunately a number of Facebook users regularly learn the hard way by making avoidable mistakes on Facebook. This is in spite of a number of books and materials available online to guide social media greenhorns such as “Facebook 101”. However, some mistakes are more common than others and the following is a list of some of these Facebook user-errors.

Uploading embarrassing pictures is one of the most popular self inflicted dangers of using Facebook. This sort of mistake can lead to all kinds of repercussions for example, loosing your job particularly if you are a public figure. Therefore, avoid posting private and dodgy images of yourself.

It is still quite surprising that some people out there accept every friend request they receive. By confirming Facebook ‘friendship’ without actually knowing the person involved, you might just end up making ban and wrongly informed choices.

Take note of the word used in the title – ‘office’. Official matters are not for the public domain. Many people have lost their job or been forced to tender unexpected resignations in this seemingly harmless way.

There is no secret on social media therefore sensitive information should stay away from your news feed. While these sort of information might appear to be harmless to you, they can actually hurt someone else. So think before you post!

Another popular Facebook mistake is declaring your whereabouts or what you are doing particularly if you have something to hide. Sometimes, using social networking sites such as Facebook might seem so simple and harmless such that some users actually forget that their activities may be viewable by others such as an employer.

Can you think of examples or any other common mistakes made by Facebook users?