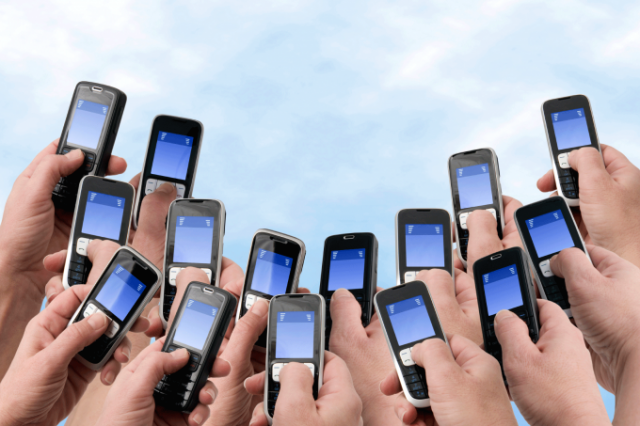 It was 3 in the morning while I was in Starbucks. Everything in the coffee shop was as it should be. It was peaceful. And as I stared while appreciating the raindrops on the window, I couldn’t help but think to myself how the experience was quite relaxing.

It was during this time that my new phone rang.

I was curious to find out who it was since I bought my phone just last night and had not yet shared my new number to anyone.

When I asked who the caller was, my oh-so-relaxing experience, started to take a turn for the worse.

It didn’t take more than a minute after picking-up when I realized that I was talking to a collection’s agency.

The guy (his name is Mark), kept asking me for a year’s worth of subscription that I supposedly haven’t paid.

The conversation I had with Mark was quite brutal (and I was still being polite).

I kept saying that I’m not the guy he’s looking for, yet he kept on insisting that indeed I WAS. And that if I didn’t settle my payables, my credit score will end-up in the gutter, and I’ll be facing all sorts of legal problems.

The threat I received from Mark was endless.

Immediately after our call, I used National Cellular Directory’s reverse cell phone lookup feature to make sure that Mark was in fact who he said he was, and that he wasn’t just some scammer who’s trying to trick me into giving him my credit card information.

Sadly, everything that Mark told me about himself seems to check out right.

What’s worse, I received a phone call from two other collection agencies the day after.

The calls that I received from the different collection agencies is what made me realize that my supposed “new number” was in fact a recycled one.

It belonged to a certain David B. And I gotta tell you… David wasn’t very keen on paying his bills.

Apparently, about 37 million phone numbers are recycled each year. And this figure doesn’t show any signs of decreasing either.

Considering how the demand for mobile phones have been drastically increasing at such a fast pace (about 64% of adults in the United States now own a smartphone), it isn’t a surprise for people to receive phone calls that are intended for the previous subscribers of the number.

Despite this staggering figure, however, experts estimate that we won’t have to deal with “number exhaustion”, until about 2040.

Note: “Number exhaustion” refers to the day that we end up using every possible number combination.

As you can probably imagine, constantly receiving phone calls that aren’t meant for you can be quite taxing. This is especially true when you aren’t JUST receiving phone calls; getting a constant mix of harassment from different collection agencies telling you that you’re a liar can really get your buttons pressed in no time.

Of course, you don’t have to subject yourself to this kind of frustration. All you have to do is stick to your old number, and you should be good.

However, not many people are aware of how they can keep their old number even if they switch telephone service providers.

Whether you’re using VoIP, wireless, or a wireline, you should still be able to retain your old number for as long as you aren’t moving from one geographic area to another.

Allow me to share with you some important points that you need to remember when it comes to retaining your old number, despite switching telephone service providers:

Important note: the new telephone service provider might charge you fees that comes along with porting your number. The fees will vary depending on the service provider. However, you might want to ask having the fees waived as some of the companies allow it.

You can also leave your comments below if you have any questions, or horror stories about buying a recycled phone number.