Well it is finally here the long awaited windows 8 platform.  You can grab your copy for a mere $14 in some instances! But whoa slow down take a breath and listen up.

I have used win 8 in tablet and pc form for some 6 months now. In that time I have become used to some of the wonderful cloud based applications and simplified operator use. I bet if I were to slip a 10 year old a new win8 tablet he/she will be uploading videos to their new YouTube channel in minutes! It really is a user friendly operating system that has been completely overhauled. Do yourself a favor though and try before you buy. Go to a big box store and stand in front of a tablet or desktop and try it out or look at your friends.  But that is about as enthusiastic as I want to get about it for now.

I am a big fan of giving any new operating system at least 6 months before migrating over.  The biggest reason I tell every one of my clients is security and reliability. A project this big needs to be tested in the mass audience under heavy use in a business and social environment before I breathe one word about upgrading to anyone. Call me cautious but I remember when windows millennium and vista came out as well. If you have been a pc person you will know why I chose those 2 previous OS’s as examples. When millennium and vista first came out it was chaos in the streets. People were rioting and techs were crying themselves to sleep with random reboots of horror! I like to joke but that IS how it felt some days.

Instead of poking the bear just let him sleep. Something my grandpa would say when I was young. I took it as leave it alone and it won’t hurt you. That’s kind of how I feel about windows 8 right now. It looks pretty and boy is it fast. But for most I think it is almost a bit too much change right now. The biggest gripe from my experience was where did my desktop go? But that was solved with a simple download from a website. I installed the “APP” and before I could say show me the money! I had what looked like a windows 7 desktop.  There was a lot of thought put into win 8 but again it reminds me of windows media center back in the XP days. Just remnants of an underused OS spit shined and updated. I know that anything new that Microsoft puts out must be improved or else they wouldn’t have made the windows update button right? There’s my sense of humor again telling me that everything will be all right, but it is going to be awhile before I can trust it.

More things I do like about this brave new frontier were how familiar it was. Pick up a win 8 tablet then look at your droid or I phone.  Some resemblances are there, and it had that feel of using the functions we have all become accustomed to on our smart phones.  Windows 8 really capitalizes on the, in your face and up to the minute activity people want to see when they startup their computer or mobile device.  The use of tiles for apps like mail, video, pictures music web surfing all at a flick of the finger is VERY handy. Using tablets in business environments, especially for people who are traveling for work this tablet will deliver something super small and support all the latest and greatest upcoming programs. Taking those emails and using Skype to chat no problem. Spreadsheets stored on the cloud open in seconds and are shareable in business sessions. It really will be the norm, but let’s not “poke the bear” for the next 6 months to a year ok. 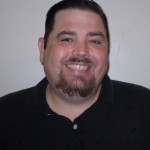