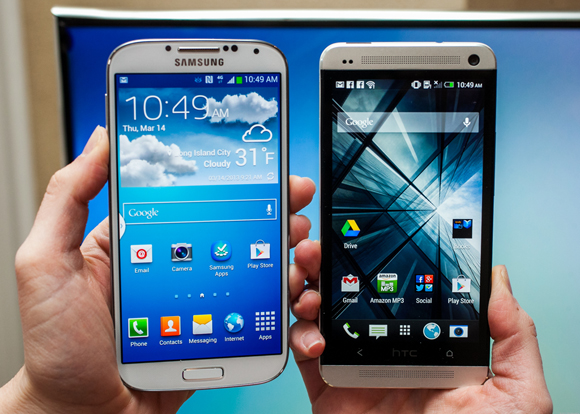 With reports surfacing that HTC is set to unleash a 6-inch device purportedly dubbed the ‘One Max’ that’s intended to rival Samsung’s upcoming Galaxy Note 3 phablet, enthusiasts are bracing themselves for an all-out war that looks like a continuation of the HTC One’s struggle against the Galaxy S4. The current available information on the One Max makes it look like a solid option at this point, but no matter what it packs inside, we don’t see it beating the latest incarnation of the proud Note line.

The Note is a proven contender

The first two Galaxy Note models truly defined the phablet category of devices, thanks to solid feature sets, high product quality, and great balance in terms of the form factor and usability. Call the Samsung skin what you want, but there are some nifty features on the Note 2 that people really liked. The Note is great for scribbling notes and even for doodling and drawing, and a lot of consumers value these conveniences.

The Galaxy Note made the phablet segment popular, but that wasn’t just because it was manufactured and marketed by the Korean tech giant. For example, the Note makes use of a stylus, which really helps users get around and make the most out of the device. If the HTC One Max won’t come with a defining feature that really helps maximize the screen real estate, it’ll just be another blown-up phone.

All in all, the Note 3 is the better device if you’re after developer support and subsidies from phone service providers. Samsung’s flagships are easier to package and, even with a minor drop in sales, they still look like the products to beat in the mobile device arena.

While most reviewers had great praise for the HTC One flagship smartphone, it still wasn’t able to beat the Galaxy S4 in terms of sales. Let’s face it—the figures matter, especially when you’re trying to launch a product that’s based off of an existing model. If the Max ends up as only a bigger version of the One, then it won’t stand out the way that the One didn’t stand out (apart from its industrial design).

That’s not a good thing for HTC; and when you consider that Sony is also set to release its own phablet, the Xperia Z Ultra, there’s going to be more competition in this field. It’s definitely an uphill battle for flagship phablets not named Note, and the One Max can’t just live off its smartphone precursor if it wants to take the crown.

At the moment, we can only speculate over the specs of the upcoming HTC device, which, by the way, could also launch with a Mini version. However, it’s very likely that we’ll see a 6-inch display on the One Max, and you have to wonder just how well the handset handles, considering all the bezels and the speaker grill. That’s assuming the One Max closely follows the form factor of the One. Pocketability and user experience aside, it’s going to be an interesting device—but merely being ‘interesting’ just won’t cut it these days.

You have to wonder if taking the Samsung approach to making mobile devices is the best way for HTC to get out of its slump. The Taiwanese tech company has managed to come up with superb hardware these past couple of years, but you’d never know it based on how much HTC has struggled recently. Still, if the hardware proves to be good and the specs are comparable to the upcoming Note 3’s, then we might have a battle. Right now, though, HTC doesn’t seem to be giving the One Max anything special to make all those people eagerly anticipating the Note 3 think twice.