‘Slacktivism’. It’s a relatively new term, a portmanteau of the words ‘slacker’ and ‘activism’ that’s used to “describe ‘feel-good’ measures, in support of an issue or social cause, that have little or no practical effect other than to make the person doing it feel some amount of satisfaction”, according to Wikipedia.

Slacktivisim has had a lot of bad press recently, most noticeably when Invisible Children’s Kony 2012 video went viral – at the time, there were arguments both for and against slacktivism, arguments that we won’t go in to here. What was clear, however, is that people are keen to use their social media profiles to align themselves with particular charitable causes so that their friends can see that they’re taking a stance for their beliefs.

For the past two years, I’ve been working as a social media marketer across a range of B2B and B2C clients, from sports recovery devices and hair colour remover to communication companies, insurance telematics devices and, of course, with charities and non-profits.

The difference between working with a for-profit company and a not-for-profit company is astounding. For example, I once worked with a military non-profit that was set up to provide relief to the families of servicemen who died in action, and the response that we saw from the public was astounding.

With no traditional public relations support or online advertising, we gathered 500 ‘likes’ and 400 followers in less than a week, thanks to the inherent viral spread of online charity. We were even retweeted by Ricky Gervais, Michelle Heaton and Christian O’Connell, reaching 970,000 people via Twitter alone on our first week.

Non-profits have it easier

The logic is simple – as marketers are beginning to learn, merely having a presence on social media is not enough. While your amazing new client, your brand new product or the exploits of your CEO might be interesting to your employees, the wider social web is unforgiving. Unless you provide value up front in exchange for a ‘like’ or a follow, you’re going to struggle to gain traction.

That’s where non-profits have it easier – they don’t need to provide explicit value for people so that they follow and engage with them, although it helps. For many, the act of sharing a message, ‘liking’ a page or even clicking through to the site and making a small donation is reward enough, a way to be publically charitable in front of friends, family and co-workers.

Smart charities can build on this, concentrating on dramatic reach and retention in the early stages of a social media strategy and working on converting fans and followers in to activists once a relationship has been established. Until then, let them be slacktivists – remember, a slacktivist following is better than no following at all.

Imagery proves that people are making a difference

Social is particularly powerful for non-profits because it makes it easier for them to remind people of the difference that they’re making with their donations. People are naturally cynical, but showing them the new well that their money has bought, or the sick children who are getting better thanks to the medicine that donations have paid for, is a good way to ease their minds and to show them that they really are making a difference.

The ultimate goal of any social media marketing program is to empower consumers to become brand ambassadors, to encourage them to share your marketing messages for you and for them to shape your brand while they do so. Some charities fall in to the same trap as countless large businesses, too distracted by red tape to develop a meaningful and productive relationship with followers through social media. Others, like Amnesty International, throw everything they have at social media and wait for their audience to spread the word for them.

What kind of non-profit will you be? Do you use social media marketing to get the word out? Let me know with a comment. 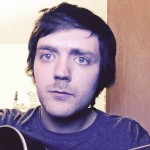 Dane Cobain is a social media specialist for UK-based creative agency fst the Group. He’s also a gadget-lover and tech fanatic, as well as an internet addict.