When it comes to market share, few industries create so much confusion and flux as does the mobile market. Though some names in operating systems are bigger than others in the awareness of consumers, a new report by the International Data Corporation (IDC) shows an overwhelmingly clear leader in the market place. Before you make an immediate guess, here are your choices. Keep in mind that this list only pertains to the operating system of phones, and not the brand of the phone itself.

Some may have been happy to assume that iOS devices lead the way, but it is actually Android that takes the lead, and a very big one to say the least. According to the IDC report, Android has maintained a share of 68.3% in 2012, and is expected to hold on to that through 2016 with a drop to 63.8% in 2016. The next in line is iOS with 18.8% of the share. After that, BlackBerry takes 4.7% and Windows takes 2.6% (surprisingly not the other way around.)

Probably the most significant projection coming out of IDC is how Windows is expected to jump from 2.6% to 11.4% by 2016. The reason for this projection is the expectation that Windows will bring a bigger line of products in the coming years.

The simple explanation for Android taking the name in operating system majority is that most companies have chosen to partner with them, and that there isn’t any strictly “Android branded phone”. Samsung, HTC, Sony, LG and a whole mess of others have chosen to go with Android.

According to an article by Duncan McLeod of Tech Central, the spread of Android over a series of multi-platforms has broken any risk of Android polarizing itself. Instead of a brand, it is actually more of a technology environment that more are jumping towards.

Google’s Android system has taken the lead in so many aspects, with the others simply trying to catch up. Consumers can’t separate “iOS’ from “Apple”, and how could they? The niche that Apple has created for iOS creates strong loyalty, but this can not compete with an aggregation of the many companies that have chosen to go with Android. Google simply has more resources behind them, as their developments are years and years in the making.

While Windows and BlackBerry have long been in the shadows, there is a chance that both could see some new light, and the IDC has already made that clear for Windows 8 especially. BlackBerry’s described overhaul with the new 10 OS is just about putting the system back at the starting line. Their brand is already having some issues given the decision of the US government to drop BlackBerry 10 from its platform for the National Transportation Safety Board.

Looking at the many comments from a variety of sources, not only is it the open access on the enterprise side, but many people are growing more appreciative of Android phone from any brand. The unpredictability from Apple, especially with the flux and problems with the release of iOS6 has caused some lack of trust and lost confidence.

The options are there for everyone, but expect Android to stay where it is. We can only expect for more to jump on board with Google and Android in the future. 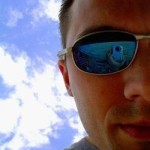 I am a tech blogger who writes about developments of Google, Apple and more. You can visit my own tech blog here, where I am currently accepting guest articles of my own.