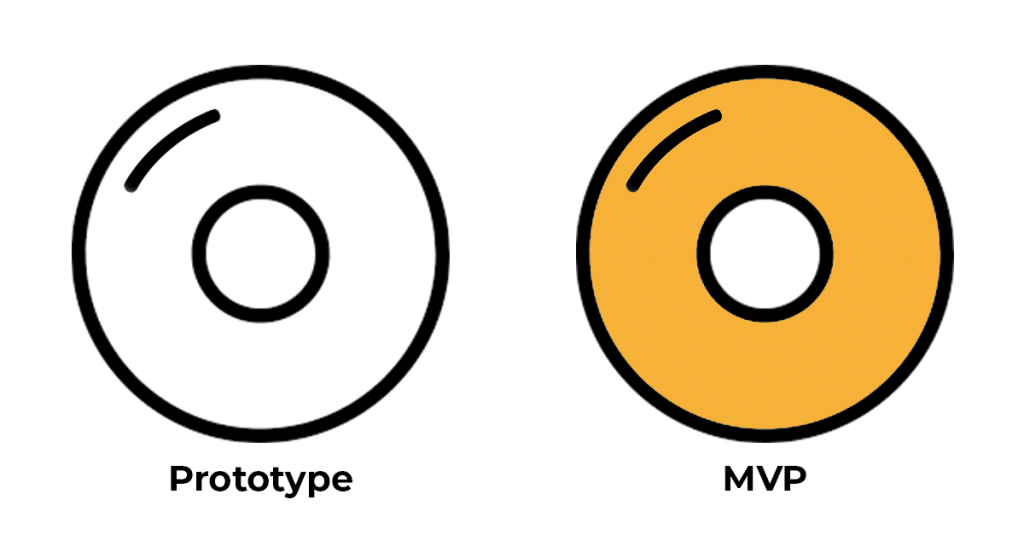 In a bid to make a final product flawless and consistent with both the users’ needs and business goals, developers create early versions of the product (MVP — Minimum Viable Product) and prototypes. This helps to minimize the risks associated with the release and make sure that the product won’t be too raw or have critical errors.

How to make the right choice? Should you develop a prototype or an MVP? Or is it better to create both? Often, the last option is the most reasonable. However, let’s delve deeper into this issue.

MVP is a sample version of your product that contains only the basic or crucial set of functions. This product can be released onto the market and sold to potential users. MVP serves two main purposes. First of all, it can earn you quick income at the early stage of product development. Secondly, it allows you to collect user feedback and impressions about the product’s key functionality and make the necessary changes to fix errors before the final release.

After the testimonials are collected and analyzed, it’s time to decide on which functions to leave or remove.

As we have mentioned above, a prototype is the very first stage of your product development, it’s a kind of draft. Unlike MVPs, prototypes are not to be considered a finished product. The prototype helps you understand whether it is possible to put the idea into practice, and whether the product can meet the needs of both users and your business.

Prototypes can come in various forms — from paper sketches (e.g., movie storyboards) to interactive prototypes (as with mobile apps).

The prototype is also an effective way to test what the future product will look like and how it will work, without delving into functional details. In order to collect the most relevant reviews, the prototype is shown to both the focus group of potential users and stakeholders.

Unlike MVPs, prototypes are more about research, so they won’t bring you any profit. The prototype is not a working product that can be released onto the market. This approach can be used at any stage of development since it doesn’t take a lot of time to produce a prototype.

In addition to the differences that we have mentioned above, it’s also worth noting that both concepts have a number of other distinctions.

A prototype is a great opportunity to attract investment to your product development. Since the prototype doesn’t require that you include basic functionality, it won’t take huge resources to create it. Still, it’s a way to show your idea to the investors and prove your concept without risking much money.

On the contrary, an MVP requires a holistic approach to its development, and thus needs serious investment (depending on the complexity and scale of your product). The MVP’s goal is not to check whether your product has a promising future. It helps you gain the trust of the first adopters and determine which adjustments to the product’s functionality should be made.

Bug fixing is another fundamental difference. At the prototyping stage, you can identify the most serious mistakes that you have made when developing your product’s concept. You can understand whether the product is viable or not. Due to the fact that massive development hasn’t yet begun and the product itself lacks integrity, it is easy to make changes to key parameters at this stage and this won’t require many resources.

At the same time, the MVP is a finished product, albeit with minimal functionality. Engineers, designers, and testers are all involved in MVP development. In essence, the MVP’s creation comes with a full cycle of product development and testing. You would hardly want to realize that your product doesn’t make any sense after the MVP is created and the resources are spent. At the MVP stage, only the smallest adjustments to the product can be made, and not its complete revision.

It is impossible to say, which of the concepts is better, and which of them requires your investment more. As we have noted at the beginning of the article, it is recommended to first create a prototype to test your idea viability, and then start working on an MVP to collect initial profit, listen to the early adopters and make final updates.

Nevertheless, if you have limited resources and budget, or are unsure of your product’s concept, it would be wise to invest in a prototype development, which can also help you attract investment from stakeholders.

At first glance, a prototype and an MVP are two similar concepts, and it is true in a way. But, in order to realize the fundamental differences between the two definitions, you should look at the product’s life cycle. There, you can clearly see that prototyping is done before MVP development. 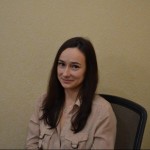 Acquiring a wealth of experience in writing articles on trends and prospects for the development of the game industry in the world I I've found myself as a Freelance Journalist. I am writing now about blockchain and cryptocurrencies trends, sometimes covering importance of bitcoin for various other industries.