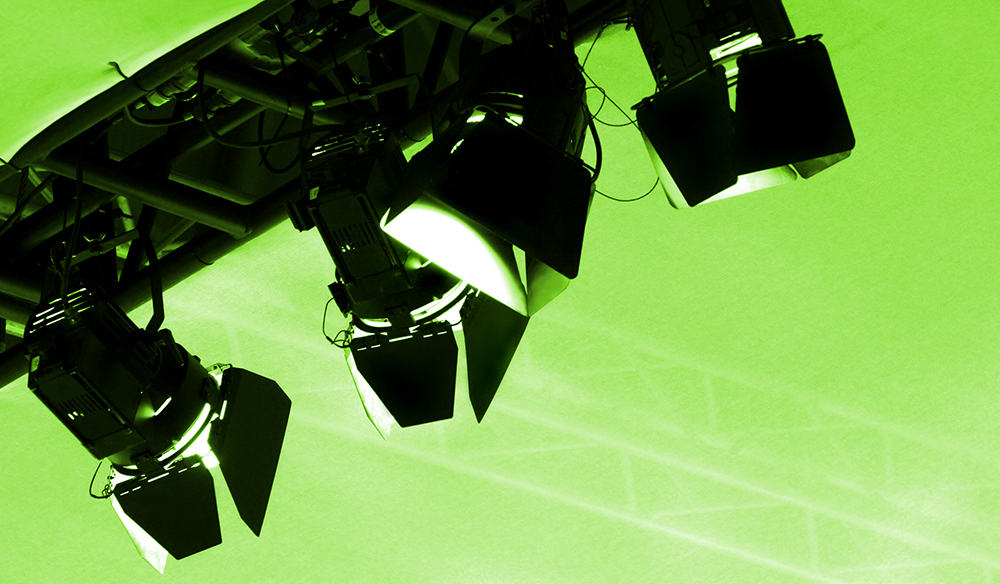 In film, there have been constant strides made in technology to create the most realistic, immersive and impressive visual effects. With huge advances in technology, one thing has remained constant: the green screen and its use in video compositing.

The chroma key composition technique, or chroma keying, has been used for many years among a range of different practices – whether it be in motion pictures, in a TV studio or for video games. It is the process of layering two images together based on colour hues, with the background acting as a canvas for post-production editing. Once a subject is filmed in front of a green or blue screen, the video is ready for editing to remove the coloured background and put in the desired background in its place.

One thing all editors will appreciate is an appropriate workstation, So if you are looking to take your video editing and post-production to the next level, there are a range of factors to consider.

Why Green and Blue?

It is most common that the technique will adopt the use of a green or blue background (or screen), the two colours that are furthest away from any underlying skin tones. On the colour spectrum, blue and green are completely opposite to the colours red and orange, which are the most common shades that make up a skin tone. Therefore, a screen wouldn’t be that of yellow or pale cream, as it would combine with the subject’s skin colour (if it is a human subject) and interfere with the footage.

The editing team is then able to replace this solid, coloured background with anything they need to display, like a weather map used in a newsroom. Literally, anything can be added using a green or blue screen, giving the editor huge creative freedom from the comfort of their video workstation.

It is essential that the subject being used does not contain any colours that match the background. For example, if they were wearing green trousers, it would appear as if the subject was floating in mid-air. This is because when editing, the colours will combine and could ultimately remove half of the subject or whichever part of them is the matching colour.

The use of a green screen in chroma-keying was more widely adopted in the 1990s. The green screen opens the doors to creating hugely enticing and exciting projects that stand out against others. Presenting massively creative opportunities, it is still used to this day on huge blockbuster films such as the record-breaking ‘Avengers: Endgame’.

The first use of the blue screen is not entirely known, although it does predate the green screen as it was developed in the 1930s. A very good example of successful use of blue screen can be seen in live-action/animated comedy ‘Who Framed Roger Rabbit’, which scooped three Academy Awards, including Best Visual Effects and Best Film Editing.

Ultimately, using either a green or blue screen serves the same purpose. They allow directors and editors to have a huge amount of room to create whatever their imagination desires. It has made filmmaking and shooting far easier as backgrounds from any sort can be created inside a simple studio. However, there are a few factors for directors and editors to consider when choosing whether to adopt a green or blue screen.

The green screen is known to be incredibly versatile. It allows directors to shoot absolutely anywhere; in an indoor studio or an outdoor set. For tighter budgets, they are generally preferred as they require less light, making production cheaper.

On the other hand, blue screens are better for replicating darker conditions because blue is one-third as reflective as green so it’ll reflect less light onto the subject. This will be more applicable for scenes which take place at night or even in the dark embers of space!

This factor can be very subjective but it can have an impact on things such as set and costume design. As referenced earlier, the point of using the two colours as a backdrop is to minimise the risk of the same colour being included in the subject.  According to Neil Patel, blue is the most popular colour for both men and women, which would point to why the green screen has been more widely adopted since the ’90s.

A green screen can work alongside any spec of camera. It doesn’t matter whether the director is using a high-end, expensive film camera or a simple beginner’s one, the green screen will work just the same. This is again perfect for anyone starting out and those who cannot afford to buy the higher-end equipment. Within the filming and photography industry, a blue screen isnt suggested as one that is overly ‘clean’.

Spillover is an issue more frequently found in green screens. This occurs when the colour of the screen bleeds into the object due to its overpowering brightness or being unevenly lit. Blue is less luminant, so it will not bounce back as much light. This makes it far easier for the editor to colour correct as each section will have their true colour showing and wouldn’t have combined with anything else.

As film visionaries and video game developers become more ambitious, the rate at which technology advances has accelerated. Yet the use of green and blue screens has been a constant and shows no sign of slowing down. After all, for now, it’s cheaper to film a scene on the planet Mars using a green screen as opposed to actually filming on the Red Planet itself.

Oliver Griffiths has a passion for film, video games and technology. He can be found at Tillison Consulting running a number of clients’ digital marketing campaigns across all sectors and platforms.