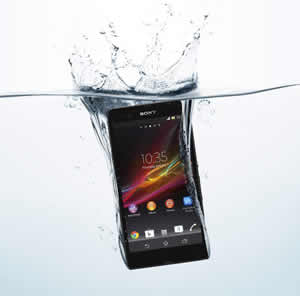 Joining the league of big players in the industry, Sony has made a comeback with the all new Smartphone Xperia Z. Going by the specifications there are fair chances that this phone would manage to woo people; the Xperia Z is another redesigned product of Sony design studios, donning sharp edges and aesthetic looks.

The Smartphone is an attractive one out of the lot with 1080p 5-inch screen, 7mm thick, quad core Qualcomm processor and a 13 mega pixel camera. It is one of the most powerful Smartphones that Sony has ever made. The phone has a strong influence of Sony taking over manufacturing from Ericsson. The 1080p 5-inch screen is an impressive feature of the phone; as it offers lovely a contrast ratio; but it is also disappointing in the sense that its display washes out even at slightly off-angle as compared to the phones made on the similar nature. But, it is not a big deal as you will be looking at the phone straight 99%. Overall, the Z alphabet with Xperia truly justifies the features which the company has offered. The phone is fully loaded and there is little that Sony has missed this time around. The phone is superb premium, impressive; a decent deal for the money and above all the phones is water and dust resistant. So, you will not be shocked even if it falls from your hand.

The Smartphone is a pleasure to use and will appeal people as it runs on Android Jelly Bean 4.1 with 2 GB RAM. Though, it is quite disappointing that the phone doesn’t use the updated Android 4.2 version. However, the company assures of upgrading operating version as soon as possible but no official date has been announced as of yet. In terms of users’ interface; Sony has sidelined old resource-intensive ‘Splines’ that dominated earlier versions of Android Smartphones from Sony; instead, now there is a sea of icons and widgets in place; further, you can actually see the social network, messaging or calendar updates without even starting up the phone. For Sony, the Mobile Bravia Engine 2 is the biggest leap on the software enhancement grant. You can actually see the difference between the standard footage and same with BE2 algorithms; the phone is simply superb for HD video on the expansive screen. The Sony Xperia comes with a MicroSD card slot to supplement the 16 GB storage.

The phone is a wonderful experience for internet surfing and browsing which is supported by high RAM and excellent processor. The phone features Wi-Fi and 3G or 4G facility. Zooming in and out on text is really easy; making navigation hassle-free. When it comes of Internet browsing we could not find faults in Xperia Z.

Other strengths of Sony’s Xperia include Exmor R sensor upgraded Exmor RS version, which allows the phone to work in even extremely low light conditions. HDR video recording is one of the key features of the Xperia as it can process each frame three times. However, such procession power requires a good amount of battery power; so we once again suspected and tried to see how it performs on this front; however, Sony claims that it has invented a new technology that consumes less power in sleep mode and helps increase the overall life of the battery on a single charge as it completely disables all non-essential applications during this time. 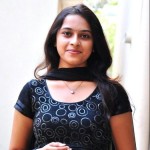