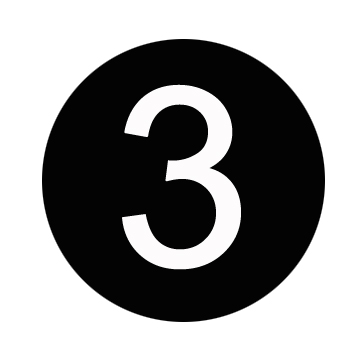 Every gamer knows that completing a video game is satisfying in itself; you’ve conquered every boss, acquired every collectable and seen the storyline through to its epic conclusion.

There’s no denying though, that when a game offers up a little something ‘extra’ as the final credits roll, that just adds a proverbial ‘cherry’ on top of the overall experience.

Whether or not you’ve completed either of the ‘Portal’ games – and let’s be honest, if you haven’t, what are you doing here – you’ve no doubt either seen or heard the hypnotic, highly-catchy songs that accompany both game’s end titles.

While Portal is recognised and revered widely within the video game community for those end-game sequences, other past releases have also delivered some fairly memorable and awe-inspiring, end-title goodness.

Take a look at just three, brilliant end-game sequences (that aren’t Portal) which I think sit comfortably amongst the best of all time:

After spending countless hours wading through a zombie-infested shopping mall as luckless photographer-turned-slaughter of the undead, Frank West, those who were patient enough to see the game out were treated to a mesmerizing set of end credits.

As an awesome song (‘Justifed’ by Drea,) accompanies the names of all of those involved in the game’s development, what appears to be a slow, lumbering, figure starts to head toward you from the centre of your screen. The figure gradually grows and we watch as an epic hoard of zombies shuffle their way to engulfing the screen.

Anyone who played this title would be aware of how frantic and exhausting the constant zombie-bashing became at certain points as you raced against the clock. Being forced to sit and watch as a relentless mass of the undead came toward us one, final time was a nice touch and perhaps an ominous hint that our all of our hard work was ultimately futile.

At this risk of editorialising too much, I’ll confidently say that Red Dead Redemption is one of the most brilliant games I’ve ever had the pleasure of playing is a perfect example of what happens when characters are fleshed out, game play is gone over with a fine tooth comb and writing takes precedence.

There are few out there that could argue that Rockstar Games didn’t hit this one clean out of the park and that the tale of former outlaw, John Marston wasn’t a remarkable one.

You’ll undoubtedly notice that the end credits I feel deserve to get mentioned herein are those that compliment and appropriately gel with the conclusion of the game they belong to. If you’re yet to play Red Dead Redemption then you’re at a great disadvantage as a gamer and you should rectify that immediately.

If you have sat and appreciated every inch of this Rockstar masterpiece then soak up once more the emotion that these credits conjure up and remember just how moving and truly inspiring video games as a medium can be.

Batman: Arkham City had one of the most jaw-dropping endings that has ever been seen in a video game. I don’t think any who has played the title and has even a moderate amount of knowledge of the Batman Universe will argue that fact.

I wouldn’t dream of spoiling the ending of this game and, honestly, if you haven’t played it then you need to stop reading this immediately and do so; I’ll wait here.

The final moments of Batman: Arkham City was a ‘game changer,’ to say the absolute least. As gamers sat in stunned silence and stared at the starkly black screen, each clamoured desperately to comprehend what had just taken place before their very eyes.

For what these end credits lack in excitement and colour, they make up for in raw emotion and that tight chested, eerie feeling you instantly get when an off-screen Batman checks his voicemail.

I’ll conclude by acknowledging the inevitable: some of you reading this won’t agree with my choices. That’s fine; in fact, that’s brilliant because the sole purpose of articles like this are to get people thinking, talking and sharing.

Whilst I think the three, aforementioned end-game credits are stunning; you might have one or two you think are better. Thankfully, that’s what the comments section below is for!

Keep your comments constructive and let’s share some end-game memories!

(Note: If the credits you want to share contain spoilers, do the right thing and put a clear SPOILER ALERT for all to see. No one likes a douchebag.) 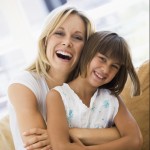