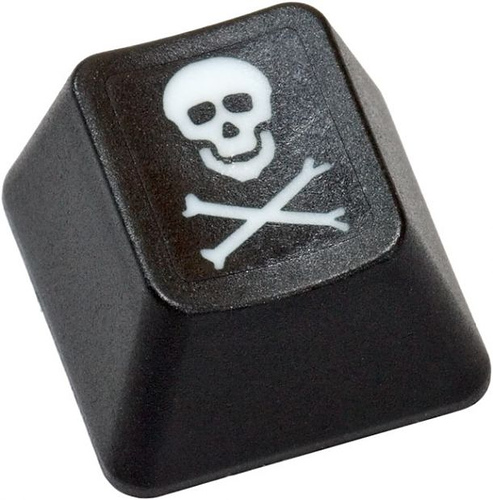 As we were all taught at some point in early education, the big bang theory entailed an explosion in space that produced this earth we live in as well as the millions of other moons and planets. In using this main theory – seemingly outlandish to most – we correlate the theory originally put into the books by Edwin Hubble with the newly proposed censorship-threatening ‘bang’ of the Stop Online Piracy Act (for the insiders, it is known as H.R. 3261) and how this explosion of internet censorship will actually create millions of small ‘cyber gangs’ that will attempt to further cause discord through attacks on our personal information and computer security.

This bill, for those not privy to the existence of this proposed legislation, is a means for the main copyright holders of music and movies, along with other digitally-secure content, to petition the Attorney General of their state to get a court order to shut down websites or entities that allow paid or free access to content that doesn’t fully belong to them.  Through this legislation, you will also see when these sites are shut down, more people will either sell their site’s content offshore or continue to use private channels to filter music, videos, and the likes to their intended recipients.  So, in essence, this Bill is the equivalent of ‘pissing in the wind’, while leaving people susceptible to cyber security threats through holes left in domain name servers.

Understandably, the RIAA, MPAA, and other digital content producers are siding with the production of this historic Bill; yet, what seems to be confusing is the entities that do not produce content that are siding with the Bill, such as the International Brotherhood of Electrical Workers, pharmaceutical companies, manufacturing firms, and the Teamsters.  Having these large organizations – some which heavily donate to campaigns of politicians – back a Bill of this magnitude is scary, considering they can heavily sway a decision on passing this legislation in either direction.  The reason that the 25 different entities support this Bill is simple: we scratch your back, then you scratch ours; it is the same reason as it always has been with major special interest groups.  Coincidentally, the major groups supporting this enactment of piracy control are groups that have special needs of government financing of some sort along the way; so naturally, the contributions they have given along the way for this Bill – ranging from $1,000 to $25,000 – will come back to them tenfold or more.

Who Will The Victims Be?

Major companies would go on the chopping block immediately for even streaming copyrighted content illegally.  So guess the first several companies that would go bye-bye? YouTube, Real Networks, and any other major brand that shows – or lets sharing exist of – digitally copyright-protected content.  This is a potential business shattering escapade that no one will really honestly win, and this is why: when OUR government – keyword here is OUR – shuts down access to copyrighted content, all of the files will be sold overseas to entities that have no such laws.  Then, those sites will open up, allowing perhaps a pay-per-view or download membership for the same content.  If not that route, then it will probably stay in the United States and go behind private walls, and knowing that every single website cannot be monitored that closely 24/7, the sharing will still continue.  Or finally, all of the content will go on hard drives and be sold across America, anyway.  In other words, people, this law will hurt commerce immensely, yet not really do what it wants to do.  Again, it goes back to ‘pissing in the wind’.

When this Bill goes to the drafting board on December 15th of this year, the fine-tuning of the Bill, penalties, and any other ratifications will take place.  And although Washington Post coverage of the MPAA states that the Bill will ‘save jobs’, it is equivocal that this Bill will also smash jobs even more, considering domain names will have to be whacked and lawsuits will come of it.  If you have any moral fiber left, it would behoove you to write the Congressman that is local to you and strongly oppose this Bill that will give the RIAA and other companies the power to price content as they wish while blocking your business from existing anymore, especially if it is responsible for the distribution of content it’s not entitled to pass out.

Remember the beginning of this story and the relation between this Bill and the ‘Big Bang Theory’; exploding the flow of our current internet society will simply create millions of micro-groups that will continue to share content regardless of how it has to do it.  If not, it will create massive chaos amongst Yahoo, Google, and other giant companies that have active domains or sites that promote this activity.

For more information, click on the badge below that will direct you to resource page.  Use the HTML code at the bottom of the page to post this badge on your website so you can voice your opposition of SOPA and all forms of internet censorship.