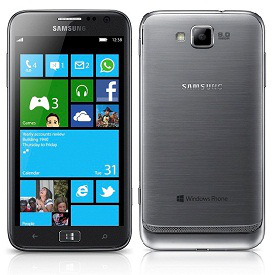 Samsung has ventured into the race of windows Smartphone with the launch of a beautiful Smartphone-Samsung Ativ S powered by Windows 8 operating platform. The Smartphone is a touch screen and embodies a slate shape. This Smartphone is the first launch of Samsung on Windows operating platform. Samsung Ativ S is also known as GT-I8750 and posses a 4.8” touch screen with a 1.5 GHz dual core processor with 1 GB RAM and 8 megapixel camera. Samsung Galaxy Ativ S poses stiff competition to Nokia Lumia 920 with a larger screen size and better resolution.

Samsung Ativ S consists of a super AMOLED capacitive touch screen with 16M colors. The screen resolution of the Smartphone is 720×1280 pixels with a 4.8” screen which is similar to Samsung Galaxy S3.Teh Smartphone possess a multitouch functionality as well. With an 8 Megapixel camera, Samsung Ativ S provides amazing picture clarity with the functionality of autofocus, LED flash and quality check. Moreover, the Smartphone possess a primary and secondary camera where in the secondary camera is of 1.9 Megapixels. The Smartphone also consists of video functionality which functions at 1080 pixels at the rate of 30 fps.

The actual width of the Smartphone is 5.40 x 2.78 x 0.34 inches and weighs 135 grams The Smartphone is provided with a 3.5mm jack along with loudspeaker and alert sounds feature.

Samsung Ativ S supports GPRS and EDGE data functionality with HSDPA speed at 42 mbps and HSUPA speed of 5.76 mbps. Bluetooth and Wi-Fi features are also available in the Smartphone along with micro USB slot The memory card slot of the Smartphone has the feature of expandable memory to 32 GB with an internal storage memory of 16 GB or 32 GB versions along with 1 GB of RAM

The Smartphone is priced at Rs.28000 during its launch.

USP of the product:

Overall, Samsung has made a commendable start on Windows operating system Smartphone with features which are truly competitive. But the Smartphone manufacture has a wide amount of scope to improve the features of the future Smartphone based on Windows with sophisticated software. Otherwise, Samsung Ativ S will find its audience quickly!! 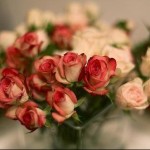 Jelly Devon provides latest information about Smartphones and its contracts deals. You can get the proper benefit of your money through compare your pay monthly cell phones. Read More