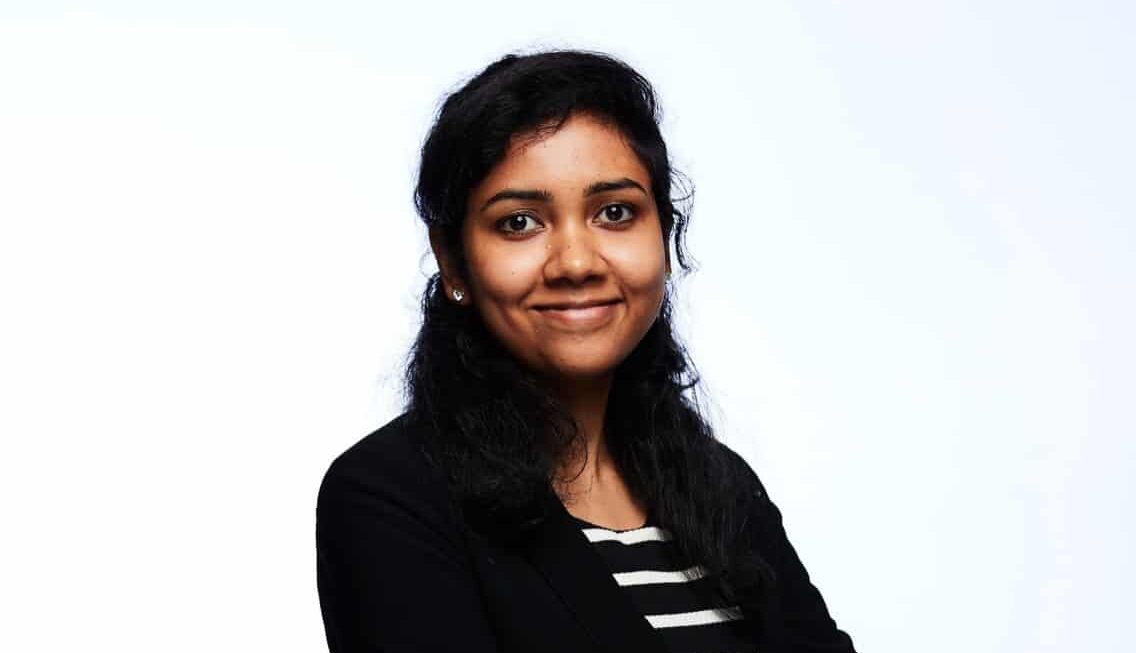 Discrimination is an unfortunate and unethical reality in many industries, but discrimination in tech can be especially harsh, and despite efforts to curb the causes and effects of this discrimination, it’s still a major issue.

At a basic level, the public image of Silicon Valley, in particular, is very male-centric. Many people hear ‘tech industry’ and probably think of famous tech executives like Bill Gates, Steve Jobs, and Mark Zuckerberg. At a systemic level, incorrect impressions of who works in tech can create and perpetuate biases, and those biases can become a self-fulfilling prophecy.

TechSling recently talked to Data Scientist and Ethical AI Advocate Saishruthi Swaminathan about discrimination in tech: likely causes and practical, real-world solutions. Swaminathan has delivered dozens of talks on the subject of Artificial Intelligence; she is the Project Maintainer for an Open-Source ethical AI project, and she is also a mentor who helps women and young people find their footing in tech and data science. Throughout the article, we will share her commentary on various topics relating to discrimination in tech. 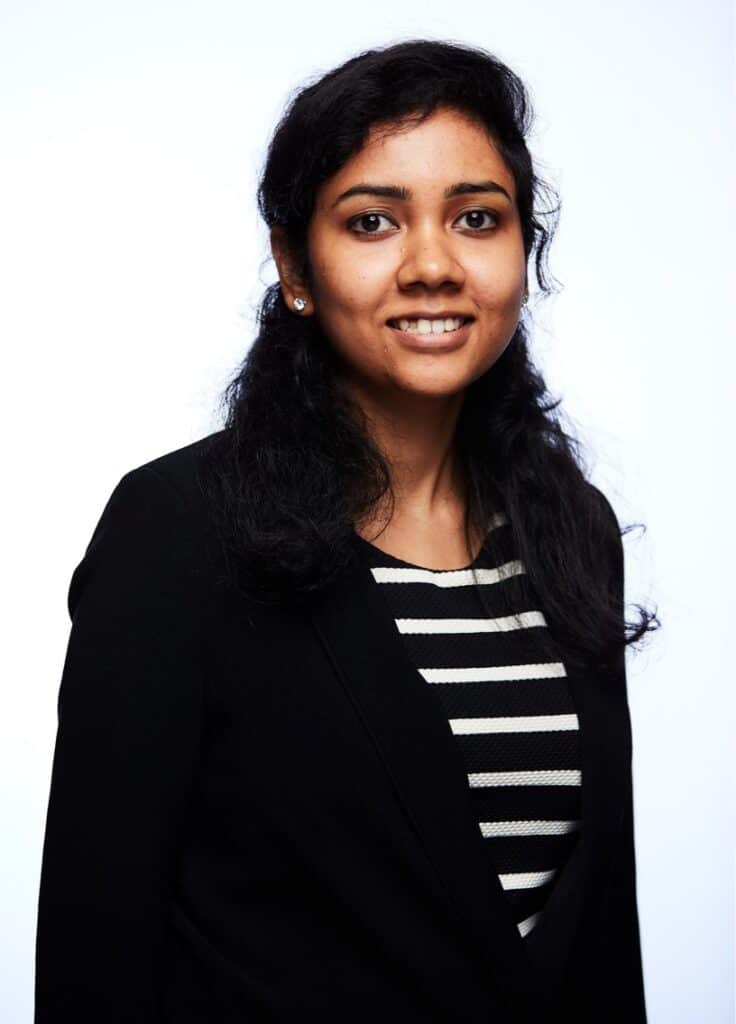 Many people experience discrimination of some kind during the course of their career, and more specifically, a large percentage of women in the broader STEM space, have experienced discrimination in the recruitment and hiring process. Further, only 34.4% of the workforce of the five largest tech companies in the world (Microsoft, Apple, Amazon, Facebook, and Google) is women. Clearly, this isn’t a minor problem, and Swaminathan can attest to how quickly biases can form.

“The discrimination I’ve faced led me to take up the field that I am working in today, AI Ethics. During my job search, I had experiences where interviewers heard my background and assigned a biased tag to my profile. More than improving and showcasing my skills, I had to work hard to erase the biased thoughts already in people’s minds.”

In other words, women and individuals from backgrounds not commonly associated with tech are often fighting an uphill battle– not only to succeed but just to be on an even playing field with men from more standard backgrounds.

Determining the root causes of discrimination is a sociological topic much too large for the scope of this article, but Swaminathan has observed several key factors throughout her career, and her efforts to eliminate discrimination have focused very much on these factors.

“I would say some major factors are a lack of awareness, not placing yourself in the position of a person being discriminated against, and a mindset cultivated over many years. Sometimes we know that there is a bias, but we either don’t want to accept it or try to live with it, treating it as normal.”

Regardless of whether you work in tech, it’s important to consider the presence of these factors in your place of work.

Hiring managers and HR professionals, in particular, need to stay alert to these factors, as they can come up at any time.

Preventing discrimination is an ongoing process, and as Swaminathan has pointed out, complacency and normalization, though they might seem innocuous, can lead to very serious problems.

Building off of these factors, Swaminathan has some advice for addressing potential problems.

Moving beyond these factors

Swaminathan stressed that awareness of bias, the impact of discrimination, the realities of bias in action, and the role of human emotions is essential for anyone hoping to combat discrimination, not just gender discrimination. Of course, this awareness also needs to lead to conscious action, but we’ll be talking about practical efforts in the next section.

Positive change starts with the questioning of norms. Here’s how Swaminathan describes the process:

“Ask yourself and society questions whenever something doesn’t seem right, be it tech or non-tech. Your inner voice is your ethical radar. Being true to your inner voice can solve many different problems and give you a direction to follow.”

How can the average person combat widespread discrimination? While solving systemic problems requires collective effort, there are several key things that individuals can do to influence positive change and inspire others to do so as well.

The following three suggestions are just some of the tactics that Swaminathan discussed with us during our conversation, the last of which focuses specifically on ethical AI.

Education is definitely a core tactic for fighting discrimination. The more that people are aware of discrimination, its effects, and how it typically manifests in the workplace and during recruitment, the more reliably they’ll be able to identify discrimination and maybe even feel inspired to fight against it.

Swaminathan has dedicated herself to educating people about the realities of discrimination for several years now, largely through talks at major conferences.

“Overall, I have educated more than 20,000 people worldwide, both tech and non-tech, about fairness and discrimination through various events like meetups, workshops, conferences, and talks.”

Some of Swaminathan’s most notable talks were featured at events such as BOOM’s AI for Good, IBM Canada Meetup, North conference, SIPAIM Conference in Brazil, AI Camp, and Linux Foundation AI & Data in Europe.

As we discussed earlier, apathy and complacency can prevent people from feeling motivated to address discrimination.

Bringing people’s attention to the realities of discrimination in tech (and other industries as well) can motivate those people to take action.

Workshops can also be a great way to motivate people to address discrimination.

The major difference between a talk and a workshop is that talks are a passive experience for the audience. All they need to do is listen and consider the points being made.

Workshops, on the other hand, are an active experience, requiring participants to engage with the topic.

Swaminathan: “It can be very helpful to organize workshops and events to make people realize the presence and impact of the issue. Present a real-life scenario and take them through that experience, step by step. Nothing can beat the power of self-realization.”

Engagement is key here. If the participants only attend out of a sense of obligation, then they probably won’t take the experience very seriously.

But even in that scenario, skilled leadership can encourage more serious involvement and engagement with the topic.

Lastly, Swaminathan spoke to one of her main areas of interest: ethical AI.

There are, of course, varied opinions on the value and nature of AI. Some feel that AI-driven technologies are bound to lead to any number of negative effects, while proponents of AI emphasize positive opportunities presented through the use of this tech.

But AI itself isn’t the issue. It’s the design and implementation of AI that can lead to positive or negative effects.

As Swaminathan stressed, AI can pick up existing human biases, which only perpetuates those biases.

“We need to understand that machines learn from us. Machines do what we say. When providing data to AI systems that are making critical decisions, we must not let bias enter into the system.”

Swaminathan has been working hard to develop systems that can help prevent discrimination in AI models. Her Fairness 360 system is specifically designed to aid in fairness detection and mitigation in AI models.

She has also pitched a system that would mitigate bias in the professional recruiting process.

Paying careful attention to how tech itself perpetuates or combats bias is incredibly important now, and it will continue to be crucial in the future.

We hope that this article has encouraged our readers to further explore the issue of discrimination, in the tech sector and beyond.

There’s a lot of work to be done, but it is possible to greatly curb or even eliminate various kinds of discrimination across many different industries.

We’ll leave you with these closing thoughts from Swaminathan:

“Tech and coding do not belong to one group of people. We all have different ways of approaching a problem but have equal ability in solving them. So let’s respect, recognize, and build amazing things together.”

If you’re interested in exploring more in-depth coverage on discrimination, data science, and ethical AI, we recommend visiting Swaminathan’s Medium profile, where she has several pieces on these topics and many other topics relevant to contemporary tech.