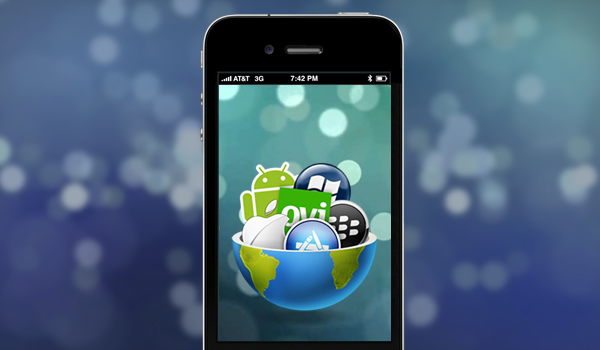 As per global studies, of 100 people installing an app and using it on a daily basis, 77 of them actually lose interest in it within the first 3 days. Even worse, within the next 27 days, the app had lost almost 80 people, with only 20 of them actually using the app. These are just small figures. However, imagine when you talking about daily active users in millions. Losing 80% of them within the first month can be a big disaster, which could be really hard to cope up with.

Why such a scenario? What reasons could possibly make an app resistive, letting users feel disinterested in just a matter of days?

Is this because of a poor design? Even, great looking apps face this scenario. You can’t always blame the design factor for an app failure. With so many apps downloaded every hour, it is critical for users to prioritize which apps to keep, and which ones to remove. They test an app on two macro parameters: appearance and performance. No matter, how good your apps appear, if they have loopholes in the usability perspective, they are surely going to perish.

The golden key to an app success is hooking users for a longer duration, than most other apps. If your app offers enough features and functionalities to explore or enjoy, then users would not have any reason to uninstall your app. It is all about the first encounter they make with your app. If that turns out to be great, everything just falls in place.

Unleash the power of an ‘empty state’

App developers or designers usually have their focus on decorating the user interface, in order to have things appear systematic and in place. Empty states are those crucial moments of user experience when they are simply exploring the app design, face a notification based error while checking out an option, or come across a stage where app app content gets deleted by mistake. However, do not underestimate the potential of communication value brought about by these empty states. In fact, in most cases, empty states hold even a bigger importance than the traditional app interface elements.

The purpose of an empty state is not about deploying surface level decoration to the users, just like other app components. It plays a defining role in providing valuable information to the users about the content users can expect from a specific blank screen. It helps in enhancing the overall on-boarding experience, letting an app adopt a more cohesive approach towards the users. It is all about spreading the word across users, related to app working when an issue faced.

1. Educating about the actual problem & solution
2. Enlightening users to stay motivated as before
3. Exposing actions to be acted upon by users

1. Educating about the actual problem & solution

Educating users is the first most important stage of an empty state, where it is the job of an app to help users understand what problems they have encountered, and the possible solutions to overcome these problems. If your app has no clarity related to app functioning, users will be left with no other option other than to bail themselves out of the whole situation, resulting in app abandonment. An empty state need to be strikingly helpful, while maintaining a balance between user friendliness and being helpful at the same time. Let us take two different examples to understand this.

a. Spotify app has an error screen, which simply shows “An error occurred!”, not providing any extra information on the type of error, the exact location of users within the app, and the associated way to get rid of it.

b. Azendoo app has a nice interactive error screen, showing the picture of a user getting lost on a deserted island, with an error message that reads, “Oops, your connection seems off… Keep calm, light a fire and pull to refresh, to try again.”

When you compare both the examples, Azendoo provides exact information on the type of error, the orientation of users within the app, and the action or event that needs to be implemented. This is unlike Spotify, not mentioning any of the three.

2. Enlightening users to stay motivated as before

Enlightening users with a good app personality enables an app to appear different from others, even with same features or functionalities offered, as a user might have observed in most other apps. If your app successfully delivers an empty state in a creative way, with an out of the box innovative thinking capable enough to amaze the users, then it is quite certainly going to catch user attention. A few examples are certainly going to talk a lot about what we want to convey.

a. Dubizzle app has a nice way to convey users about no ads favorited yet. A desert cactus plant is shown with a message, “It’s like a desert in here! You don’t have any favorite ads ”

b. Cognito Brain Training app shows a picture of an astronaut deserted along with a shark in an ocean, conveying users that they are not ready for the missions yet. The message shows, “You’re not ready for this, Agent. Get back to training.”

Looking at the examples, it is clear that an app needs to be enjoyable as well, in addition to being usable, reliable, and functionable. The three elements, this stage should bring about are – uniqueness, humor, and empathy.

3. Exposing actions to be acted upon by users

Think about your app landing page, or have a look at it for a minute. Observe carefully, how interactively have you got it designed, forcing users to read the information provided. You can consider an empty state to be sort of a miniature landing page. A highly effective empty state is the one, compelling users to read and implement, through a minimalist yet an efficiently interactive design. Let us check out a few instances of good empty state design to highlight this stage.

a. Dropbox motivates users by informing them how to get started by instantly using an app. It shows the message, “Get to your files offline. Files you make available offline will show up here.”

b. Flipboard persuades users by reminding them of the benefit they can avail when the app is actually used. It directs people to find new people to follow, as their list is empty.

c. Frizbee directs users to upload more posts, what they term as “frizbees”, with an arrow pointing to the call to action for getting started immediately.

Takeaways from an empty state that isn’t that empty

As we see, empty states do have a small but important role to play in uplifting both the overall app performance as well as appearance. Neither it is a minor part, nor temporary to deal with. Making an app enjoyable, and empathizing with users, is what an empty state does beautifully. Explaining the app in the most interactive, humoristic, and entertaining way possible, make users realize about the importance of that app. Deliver them in a visual format through illustrations, clean icons, and precise content. If empty state is a result of a positive action, insert a delightful acknowledgement message to make your users happy. If due to a negative action, an error is encountered, explain the error details in the easiest possible way, and let them solve it by directing them with useful information.

In this article:apps, mobile app