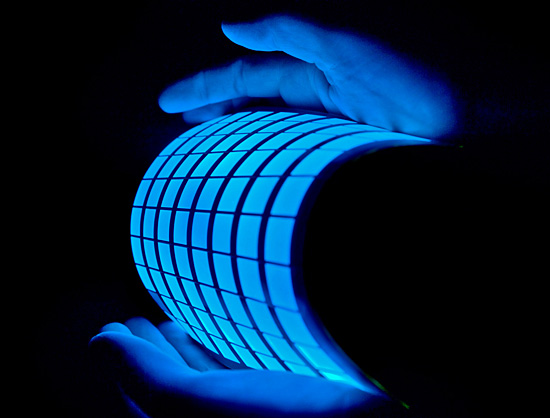 LCD (Liquid Crystal Display) is currently the technology of choice for computer monitors. Compared to the CRT (Cathode Ray Tube) monitors they replace they are much thinner, lighter and give a sharper and geometrically perfect image. They also give a much larger screen for their overall size, with larger sizes such as 27” being increasingly affordable and 30” options also available. By comparison the largest CRT monitors had a viewable area of 22.5” (24” overall) and were considerably bulkier and heavier.

Unlike CRTs, which use coloured phosphors to create an image, LCDs combine a ‘white’ backlight with a colour filter. The backlight itself is usually composed of a lamp (or more commonly a blue Light Emitting Diode) and an appropriate phosphor coating of another colour (commonly yellow for LED-backlit displays) which when combined produce white light. This must then pass through red, green and blue colour filters to produce the desired colours. In an ideal world the light would pass directly through all sections of filter (i.e. pixels) evenly. That would essentially require each pixel to have its own light source. Unfortunately such a solution would be very costly, energy-expensive and would add considerable bulk and weight to the product using conventional bulbs or LEDs. Instead LCD manufacturers use a relatively small number of bulbs or diodes around the edges or behind specific sections of the screen. These pass light through the colour filters (pixels) and various polarising and diffusing layers.

Once everything is sandwiched together it is very common for some sections of the screen to emit slightly more light than others. Some light will also be passing through the pixels when you don’t want it to, for example when you want the monitor to display black. This leads to some issues that are all too common on modern LCDs, such as uniformity issues and backlight bleed and elevated black levels which essentially give inferior contrast when compared to CRTs.

Another issue with the LCD arrangement is that changing a pixel’s state from displaying one colour to another is a mechanical process. Unlike the CRT which can guide its phosphors pretty much instantaneously to reflect a moving image, the LCD must reconfigure itself mechanically. This process is known as ‘response time’ and if the process takes too long (i.e. a high response time) it leads to visible blur during moving images. LCDs have certainly improved massively in this regard in recent years but they are still not as fast as CRTs. Furthermore the fastest LCDs today use panel types which compromise in other areas, most noticeably colour consistency and viewing angles.

The ‘big names’ in the LCD panel world such as LG Display, Samsung and AU Optronics are all investing considerable time and money into developing alternatives to LCD technology. The bulk of this investment has gone into the development of OLED (Organic Light Emitting Diode) which is a very desirable display technology. On a basic level these displays emit light directly from the pixels using organic compounds which glow once a current is passed through them. In essence they are a bit like plasma used for some TV screens – but instead of relatively large gas filled chambers for pixels they use potentially smaller, more efficient and flicker-free organic compounds.

Because they do away with the conventional backlight and have nice organic light emitted directly from the pixels themselves you have much greater control over the colour and luminance of each pixel. What this means is that instead of having a set brightness across the screen you have a set brightness for each pixel – some could be off to give the purest black, whilst adjacent pixels could be on to give the purest white and of course any colour in between. The contrast that this technology is capable of is not just superior to LCD, it’s also superior to CRT as the contrast ratio is practically infinite even at high brightness. You don’t have to worry about uniformity issues to the same extent as LCD, either. Another advantage to this technology is that the light produced by OLED is either of a particular colour (red, green and blue – RGB-OLED) or a very pure white with excellent wavelength coverage passed through colour filters (WRGB-OLED). In both cases the colour gamut or range of colours that the display could potentially output is exceptionally broad. It can also be much more tightly controlled than in existing technologies, yielding superior out-of-the-box colour accuracy.

Another key advantage is that light is emitted far more directly in OLED. You don’t have to wait for everything to mechanically line up in the same way to produce colour so the response times are almost instantaneous (in the order of <0.01ms). The direct emission of light from the pixels, with only a few thin layers of material infront, means that the image has relatively strong colour and contrast at practically 180 degrees.

So where are OLED monitors?

At the moment LCD is still the dominant technology (and only technology for modern monitors). OLED is making an appearance on some small devices such as smartphones and tablets (as ‘AMOLED’ or Active Matrix OLED) and some expensive high-end displays designed for the medical community and broadcasters. OLED screens are currently very expensive to manufacture and because the active light emitting materials are organic they degrade over time. Specifically the different coloured compounds (red, green and blue) degrade at different rates and if an OLED computer monitor were created it may not perform as well as it should a few years down the line.

The good news is that the manufacturing process itself is constantly being refined. New more efficient ways of depositing the organic materials onto the appropriate layers (such as special spraying and printing processes) and modified organic materials can improve the characteristics (and importantly, lower the cost) of OLED displays. Perhaps the most promising near-future development is the RGBW OLED design. This is currently championed by LG Display and perhaps something that Samsung and others may also adopt in the near future. Instead of relying on three separate colours of organic compound to make up each pixel (red, green and blue) white organic compounds are used. These create a broad-spectrum white light which can be passed through a simple colour filter, splitting the pixel into its three separate colour components. A fourth element is also included in each pixel, pure white, to help brighten the image up and display white content more efficiently. LG Display and Samsung have both announced big-screen OLED TVs, including LG’s initial release of a 55” 55EM9700 (above). These certainly don’t come cheap, though, with LG’s flagship costing around $10,000 at launch. As volume production kicks in and the development processes are refined further we will see this cost become lower and lower – and the selection of displays become broader. It wasn’t uncommon for large plasma TVs to cost this much several years ago and now they can be had for well under $1000. Hopefully in a few years’ time OLED will be ready for the mainstream monitor market and they will be the technology of choice for both professional and home users. 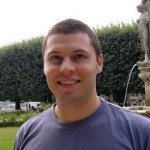 Adam Simmons is the founder and chief administrator of pcmonitors.info. Here he shares his knowledge and passion on the subject of monitors.